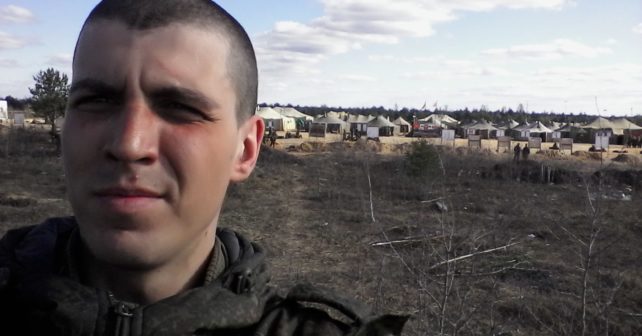 Using Open-Source Intelligence techniques, InformNapalm volunteers have gathered evidence proving the presence in the occupied part of Ukraine of a unit of the 25-th Separate Motorized Rifle Brigade (25-th SMRB) of the Western Military District of the Russian Armed Forces.
The unit was deployed for alert missions (on a rotating basis) and reconnaissance of the designated area.

A new photo (archive photo) geotagged to Rozdolne, Ukraine, has been found in the photo album of Nikolay Anashkin, a Russian serviceman spotted by the InformNapalm OSINT experts monitoring social networks. According to satellite images of the area, there is some discrepancy between the geotagged location and the actual location. The actual shooting location (and, judging by the concentration of military equipment in the area, the base of the Russian troops) is on the premises of Vocational School No.150 which is located west of the geotagged spot: on the other bank of the river Kalmius, between Rozdolne and Vasylivka (Starobeshivsky district, Donetsk region, Ukraine); its exact coordinates are 47.610548, 38.012789. 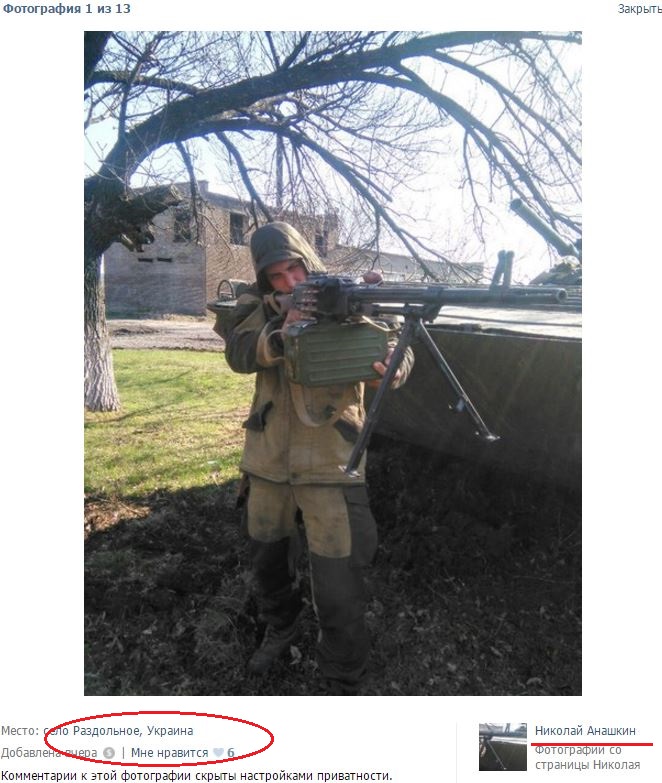 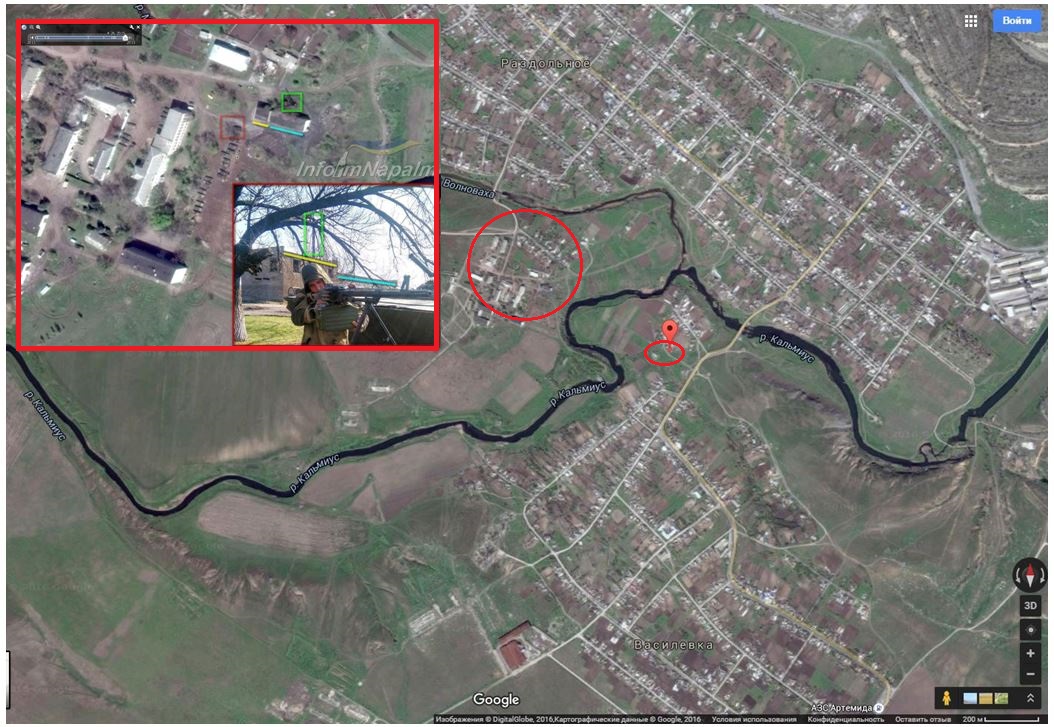 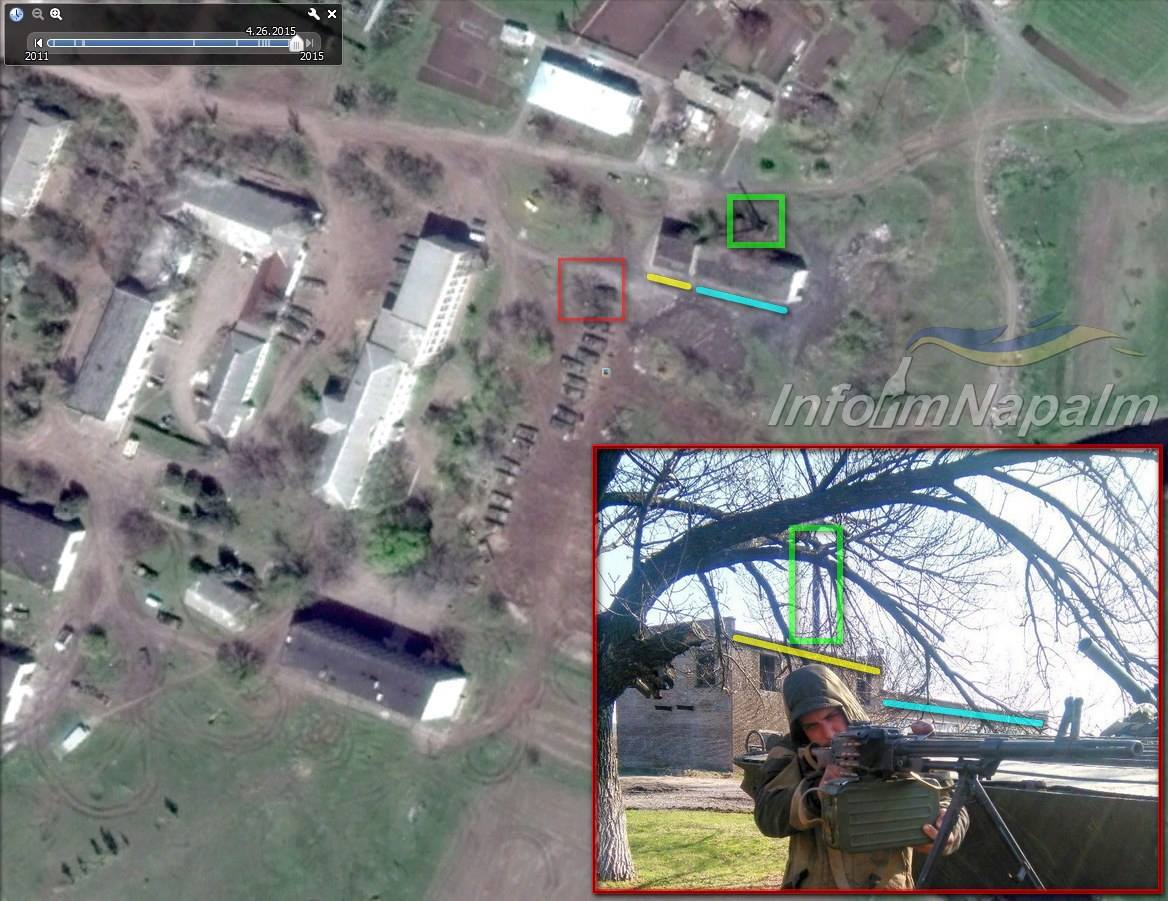 It was also established that Nikolay Anashkin (archived social profile, photo album, profile friends) was born in Volgodonsk, is a career Russian serviceman serving at the 25-th Separate Motorized Rifle Brigade (military unit No. 29760, Pskov region, Strugi Krasnye) of the Western Military District of the Russian Armed Forces. This is evidenced by the list of his profile friends and the photos of him and his fellow servicemen. Also worth noting are the photos of him and his “new friends” – local separatists and Russian mercenaries: Pozyvnoy Kuzbass, Evgeniy Ermakov, Vladimir Alexandrovich, Maxim Nakonechny, Kosta  and others.

According to the information from Nikolay Anashkin’s photo album, the transfer of the 25-th SMRB’s tactical task force from Pskov region to the Ukrainian border began in late February 2016. As of April 2016, the Pskov task force was based in a temporary field camp set up in Rostov region near the Ukrainian border. All that time, the task force servicemen had been doing combat and unit training, preparing to act under the disguise of “miners”. 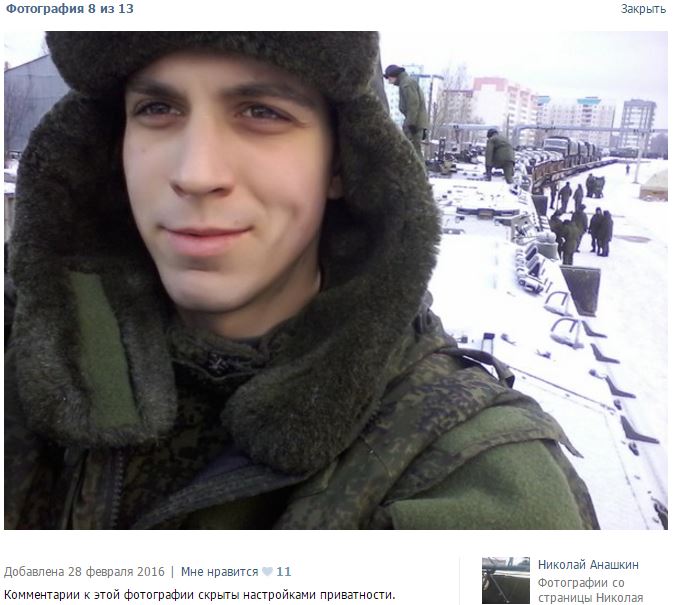 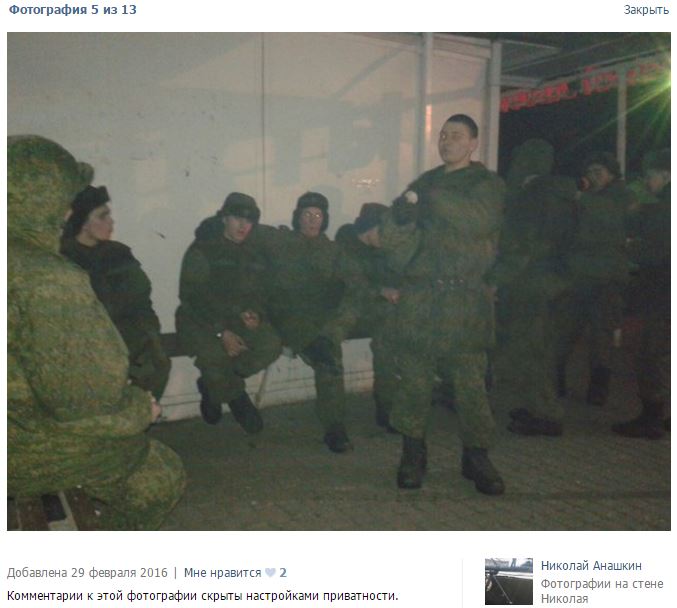 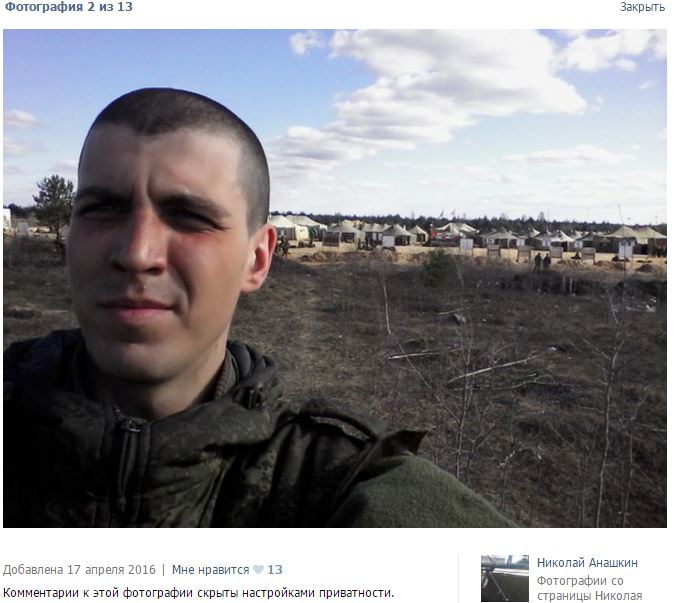 Note: Until now, the 25-th SMRB (military unit No. 29760) has not been featured in the InformNapalm investigations. Therefore, it has not, so far, been black-listed among Russian military units spotted on “Ukrainian missions”. See Professional Russian Army in Ukraine. Database and Visualisation and the “Units” tab in our database.

The commander of the 25-th MRB is Guards lieutenant-colonel V. Drebezov, earlier battalion commander at the 467-th training center of the Western Military District. 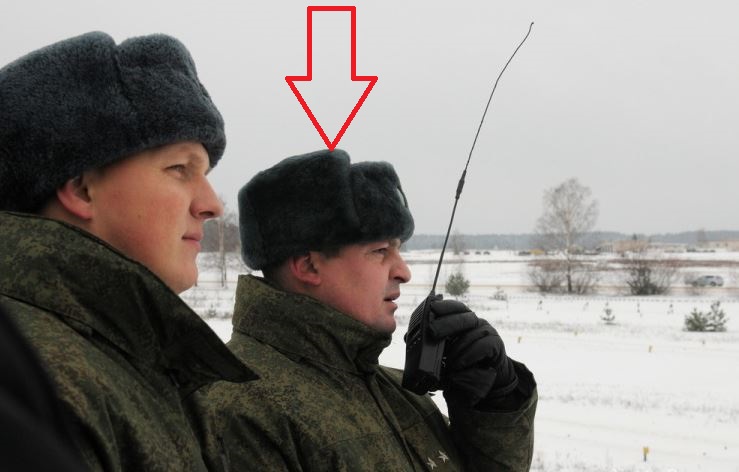 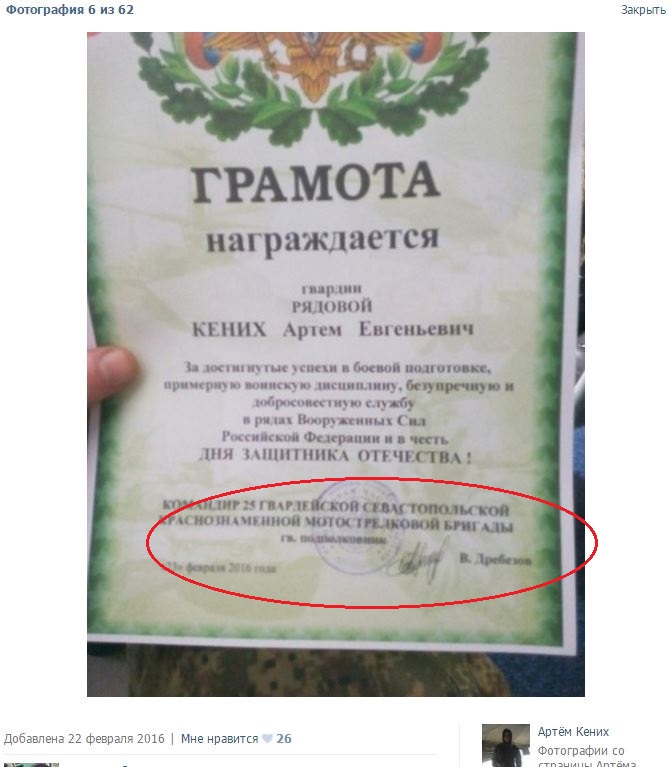 (CC BY) information specially prepared for InformNapalm.org website, an active link to the authors and our project is obligatory for any reprint or further use of the material.

You can also support the work of our website and donate to the project development at our Crowdfunding page. All proceeds will go exclusively into the technical support of InformNapalm.org website. Together we will win!