Belgorod-22 and the “Uragan stir” 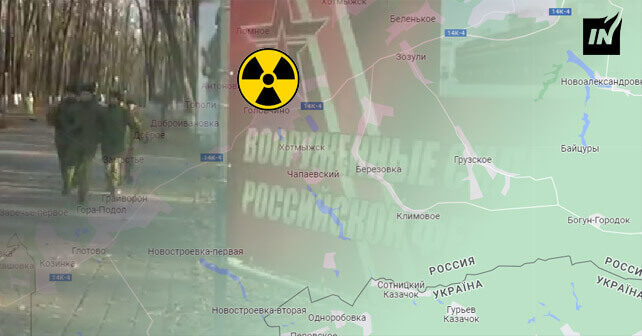 Today, Kuzma Tutov, an OSINT investigator of InformNapalm community, made an interesting suggestion that we would like to bring up for public discussion, as well as draw the attention of the intelligence communities of Ukraine and other countries (the main conclusion is at the end of this publication).

This morning, Vyacheslav Gladkov, the governor of the Belgorod Oblast of the Russian Federation, claimed that the Armed Forces of Ukraine (AFU) “fired at the village of Golovchino.” Judging by the photographs presented in the media, the shelling was carried out with cluster munitions by the 9K57 Uragan MLRS. Its firing range is assessed from 10 to 35 km. That is, if you believe the version voiced by the Russian governor and the media, then Ukrainians must have positioned their MLRS practically on the Russian border. However the reasons are unclear for the AFU to divert forces and assets to strike at a random village. To do what? Break some windows there? What’s the point of this?

Let us note that Russian propagandists pedaling this version recently claimed that the attack on the fuel depot in Belgorod and the sinking of the Moskva cruiser were due to “fire accidents and the human factor.” That is, they are trying very hard to put real military losses down to the “human factor and negligence of fire safety rules.” But when some useless shed is set on fire or a MLRS round lands in someone’s garden, this is consistently presented as the “actions of the AFU”. Rather inconsistent.

It is noteworthy that 5 days before the full-scale invasion of Ukraine, Russian propaganda also actively pushed fakes about another “FSB borderline shed” and about another “MRLS shelling by the AFU” of the territory of the Rostov Oblast. However InformNapalm, having investigated the reports and having geolocated the area, exposed it as a false flag operation. Namely, the multiple rocket launcher came from the territory of the Luhansk Oblast controlled by the Russian troops, and at 4 AM fired its volley. Then, 2 days before the invasion, probably because of this article, our site was subjected to a powerful DDoS attack, and on February 24 we witnessed the start of the full-scale invasion…

But now it is not even about consistency, we should like to point out an important detail. Namely, not far from the village of Golovchino, there is a closed military compound Belgorod-22 and Object 1150 of the 12th Main Directorate of the Russian Ministry of Defense. This is a nuclear weapons storage facility. Presumably, it is currently used for storage of tactical nuclear weapons.

Therefore, this shelling can be a way to divert attention and create the so-called “stir” in the area. In military jargon, this means stirring up active movements near a military facility, which could help disguise the meaningful activity. We believe such a “stir” could cover issuing of tactical nuclear weapons to the Russian air force. According to our preliminary information, this facility is used to store nuclear warheads for bombs and air-to-ground missiles.

🔥 This stir could be necessary for covert preparations of the Russian Armed Forces for powerful strikes against Mariupol or Ukrainian forces in the decisive battle for the Donbas.

✍️ These are only assumptions, we do not have the resources for satellite monitoring of the actual situation, but we should like to draw the attention of the intelligence community that such a possibility exists and must be taken into account.

No Responses to “Belgorod-22 and the “Uragan stir””