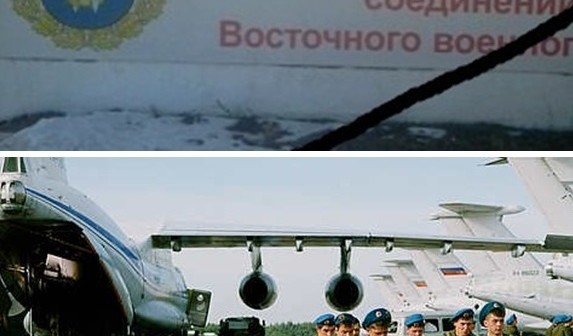 According to the information from our friends, public activists in Buryatia, ‘Cargo 200’, the bodies of 20 Russian military servicemen, recently killed in Ukrainian Donbas, have arrived in Ulan-Ude. All of the deceased soldiers served in the 11th Separate Airborne Assault Brigade of RF Armed Forces based in the settlement of Sosnovy Bor (so-called ‘Sosnovka’) in Ulan-Ude, Republic of Buryatia, Russia.

The paratroopers of the 11th SAAB who went on the trip to Ukraine operated alongside the paratroopers of the 76th Airborne Division from Pskov as a part of a combined unit (battalion tactical group). The unit suffered heavy losses in the recent fighting in Donbas from the shelling by Ukrainian artillery.

It is most likely that none of the families of those who had been killed in Donbas can expect any compensation, because prior to sending them on ‘a business trip to the south’ the RF military command had issued discharge orders for those servicemen with the effective date left blank.

Public activists have also confirmed the earlier reports that the contract servicemen of the 5th Tank Brigade from Ulan-Ude (battalion tactical group deployed in Rostov Oblast since November 2014) are now terminating their contracts and refusing to go on business trips en masse. This has enraged RF Armed Forces General Staff and brought heavy pressure on contract soldiers, since no other RF military units have shown such a mass refusal to fight against Ukraine.

For reference: the 11th Separate Airborne Assault Brigade (military unit No. 32364, Sosnovka, Ulan-Ude, Republic of Buryatia, Russia). The brigade was formed in 1968 in Chita Oblast,  Russia. In 1993 the brigade was relocated to Ulan-Ude. Its current shape of Separate Airborne Assault Brigade was formed in 1998. In December of 2013 the SAAB was removed from 36th Army of the Eastern Military District and subordinated to the Airborne Troops command.

Check the following links on this subject:

The information was prepared exclusively for INFORMNAPALM.ORG. When copying, please indicate the name of the author and active hyperlink to this post.

One Response to “Cargo 200 was delivered to Ulan Ude, Buryatia”