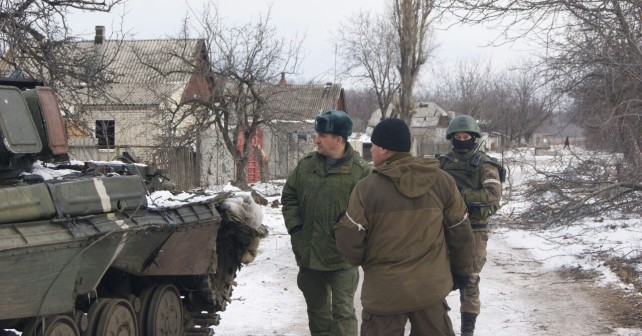 Nobody attacked Russia in 2014, yet the Russian propaganda loves to use the WW2 rhetoric. The Russian soldiers and officers are afraid to tell about their adventures in Ukraine and share them only with friends and relatives via the social media. During 2014 Russian army transformed itself from ‘polite men in green’ into the ‘shy’ ones. On a photo above men in green examine the Ukrainian T-64 tank shot down in the vicinity of Debaltseve. One of them, a man with a white bands on his arms, obviously acts as a guide for a man wearing colonel’s insignia. Big day! Someone with such a title should be of a pretty high position in Novorossiya’s hierarchy. For instance, impostors Basurgin and Givi have lieutenant-colonel shoulder insignia, and usurper Zakharchenko’s rank is even lower – a major. Only Strelkov (Girkin) was a colonel. It means, colonels don’t visit occupied Donbas very often. Although generals were also spotted among Russian mentors, the pictures with them don’t appear very often.

The third participant is even more surprising. While his figure is covered, he looks like usual militant. But when the colonel moves to the side, first and only question is: “what is going on here?” 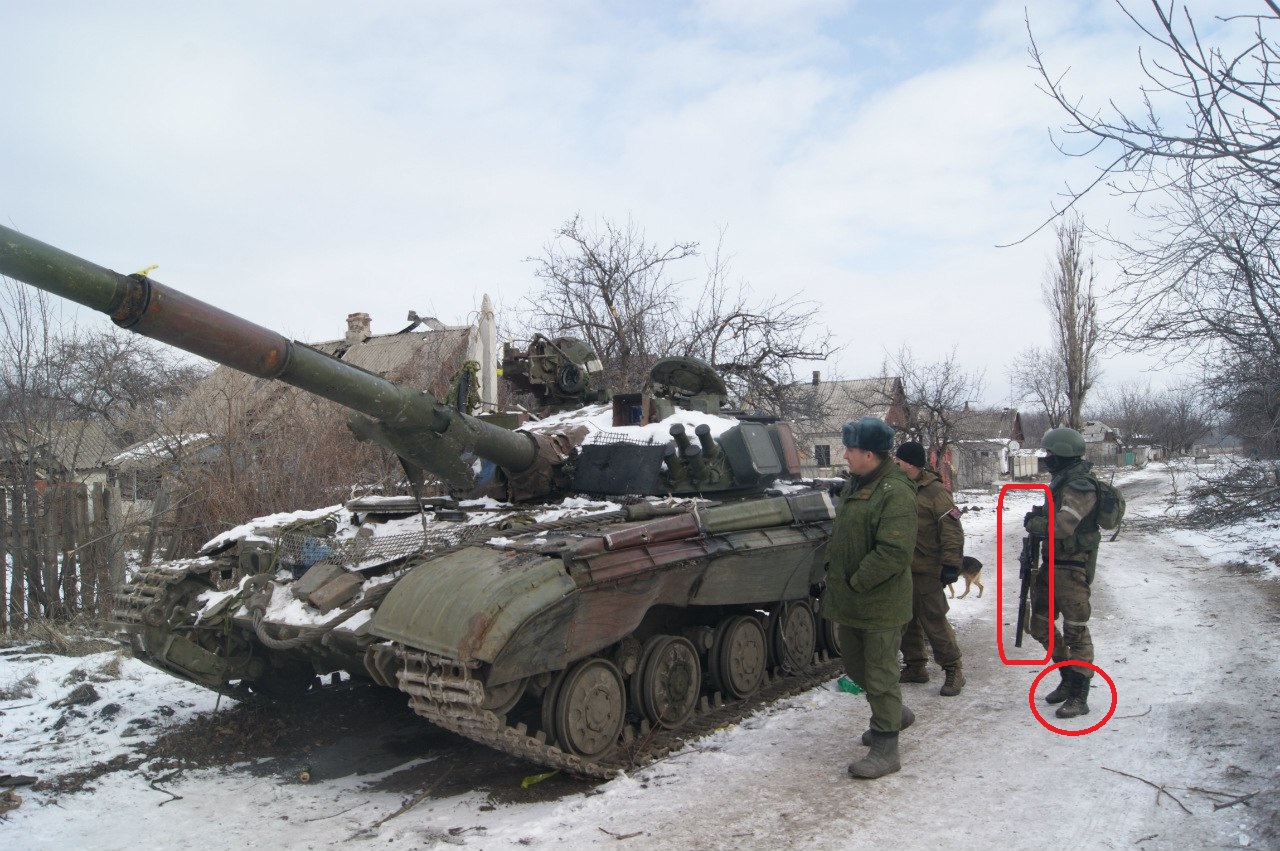 Unknown colonel has not only a guide, but also a personal bodyguard, armed with noiseless sniper’s rifle (VSS ‘Vintorez’), which are used by the Russian special military units. Both pictures were posted on the social media page of a man, hiding in VK social network under the ‘Street Workout’ nickname. The author of this page appears to be sufficiently motivated warrior of the Russian army, examining Rostov Steppe on the border with Ukraine and armed with a shorter modification of the Russian basic Dragunov sniper rifle, SVD-S. 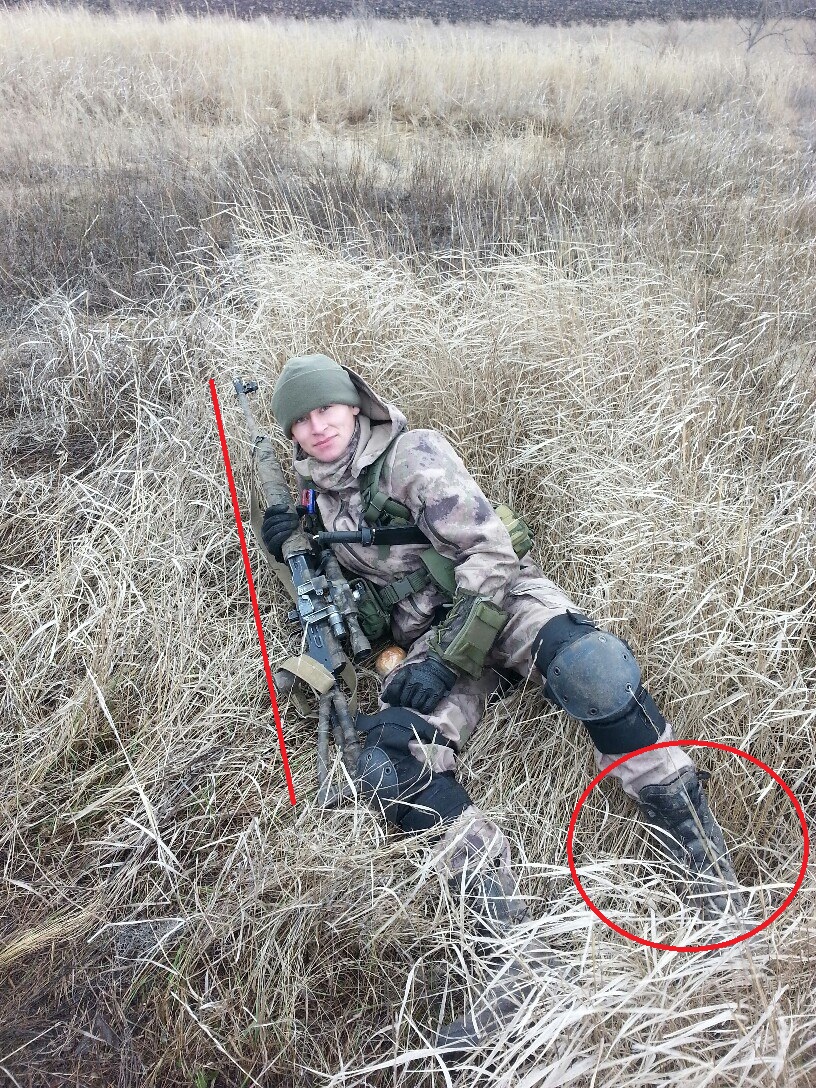 Similarity of the uniform and, especially, shoes of a bodyguard of the touring colonel gives a clue, that the author of this page also participated in that tour as a bodyguard-photographer. This guess even deepens after watching the same soldier armed with the enlisted Russian noiseless carbine ‘Val’. 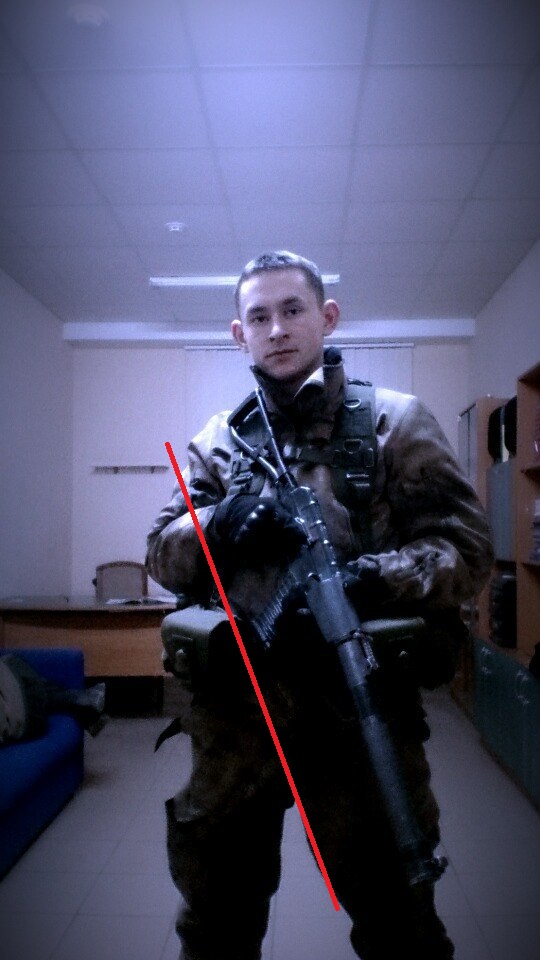 It is clear that nobody present in these photos was keen to show their activities in the territory of Ukraine. The author hidden by the nickname, no name, no last name, no address. The connection to the Russian Army does not look convincing. As Soviet tradition says: “Your Name is unknown. Your Labour…” All this would worked, if there was no picture made in November 2014. 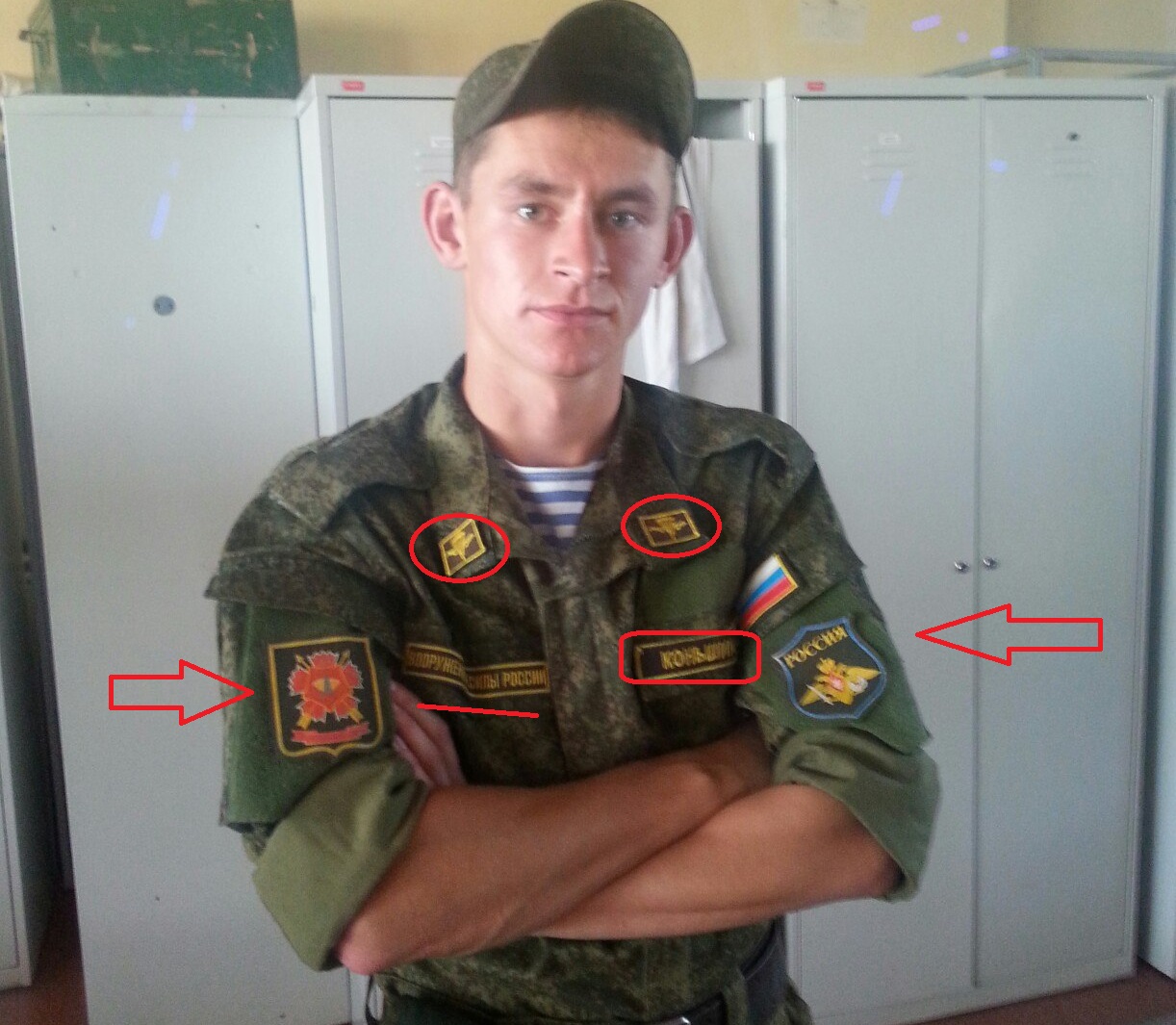 Wicked deeds will not stay hid. Right side badge — Russian army, collar insignia — paratrooper, chevron — the 24th detachment of Special Forces GRU of the Headquarters of the Ministry of Defense (Chita Oblast). Now you are talking, bodyguard! 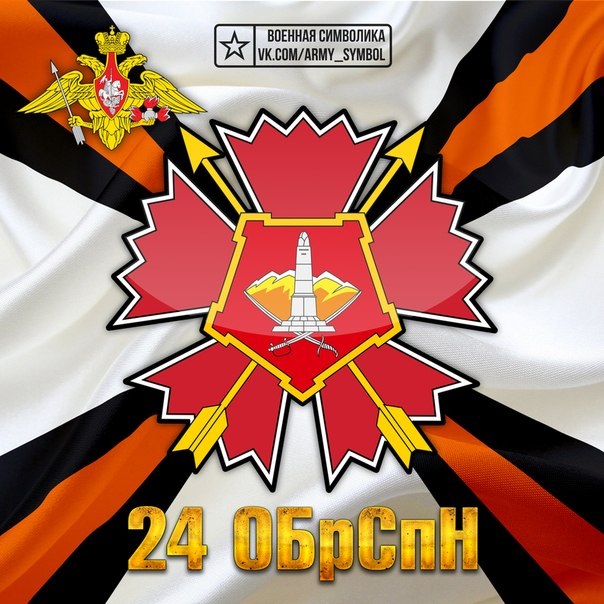 Funny that even the name of the soldier was retrieved because of this uniform. Strip on the left has a last name Konshin or Konishin. We identified (presumably) even his birthplace using VK profiles of his friends. It is a village of Oshib in Perm Krai. There is even a village Konshina there. Was it worth hiding under the nickname after all?

And now we can think of the mysterious colonel, starring on the Ukrainian tank in the Ukrainian territory, escorted by the soldiers of elite detachment of the Chief Intelligence Directorate of the General Staff of RF ministry of Defense. Whom could the Russian army send under the cover of such specialists?

I would make another assumption. This touring colonel really reminds a commander of the 45th Separate Guards Regiment of Special Operations, Colonel of the Guards Vadim Ivanovich Pankov. 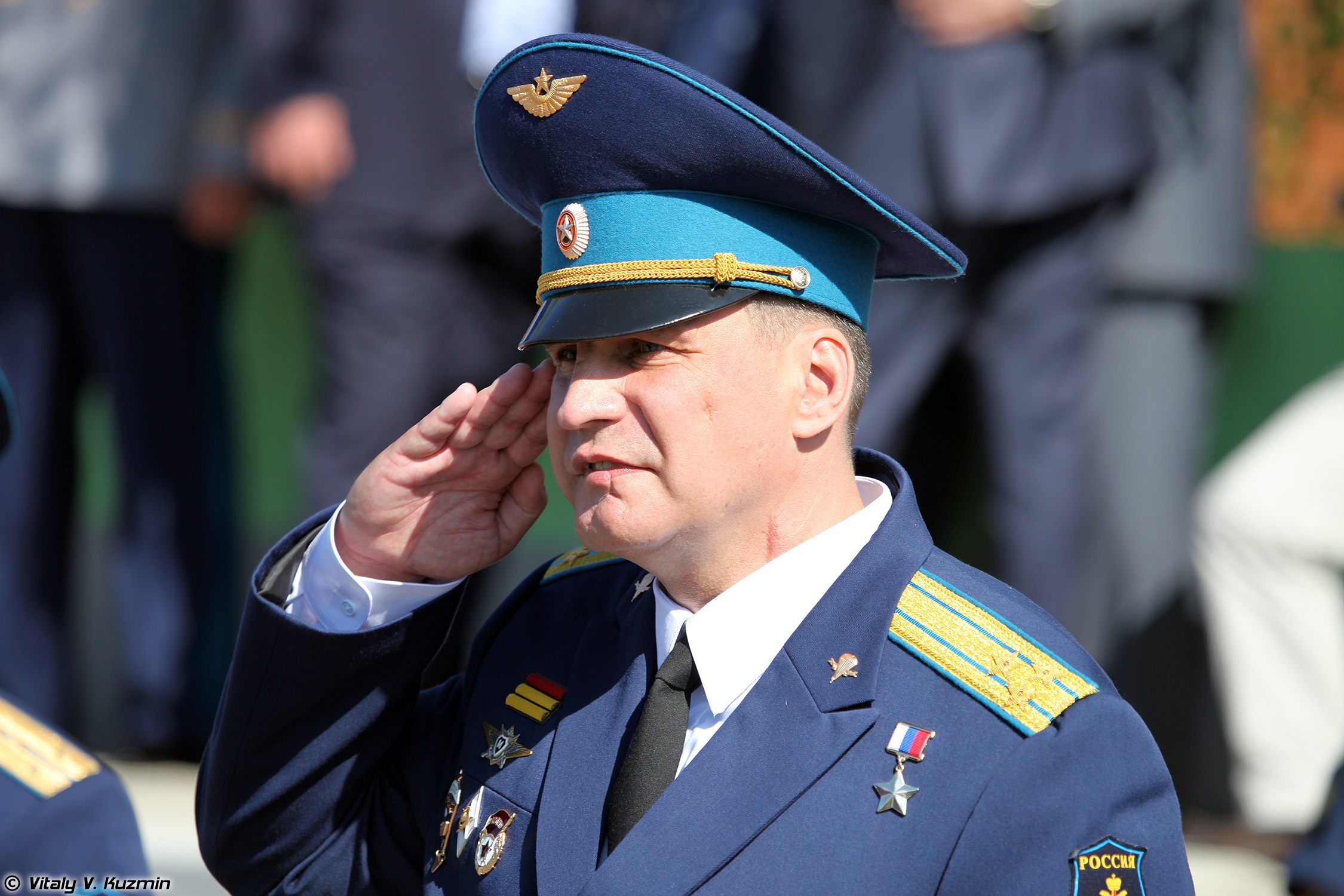 His credentials have a record: “In 2007 – Senior Officer of Reconnaissance Department of Airborne Troops Staff. Same year he was re-assigned as vice-commander of the 45th Separate Reconnaissance Regiment”.

It seems, more paratroopers decided to improve their CV at the expense of the suffering of the Ukrainian citizens. However, there is nothing kept secret that will not come to light, and justice will find everyone.