Convoy of Russian tanks in Ukraine moving through Luhansk. Video 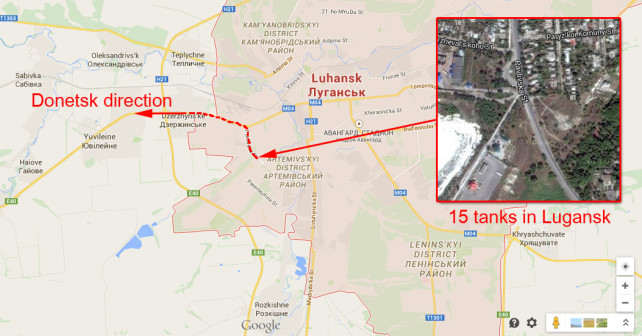 On April 4 at about 9 am, a convoy of Russian tanks was recorded moving through the city of Luhansk in Ukraine. Total
there were 15 tanks and at least one army truck with ammunition. Locals also report that they saw another convoy with 19 tanks and 5 army trucks that was going same route same day some time before the convoy in the video. Both convoys were moving out of Luhansk on the road that goes to Donetsk.

The video was recorded from a bus at this coordinates 48.550200, 39.259209 on Pavlivska st. The bus was moving same direction where tanks were going, here is a link on Google Map Below we marked it on the map. 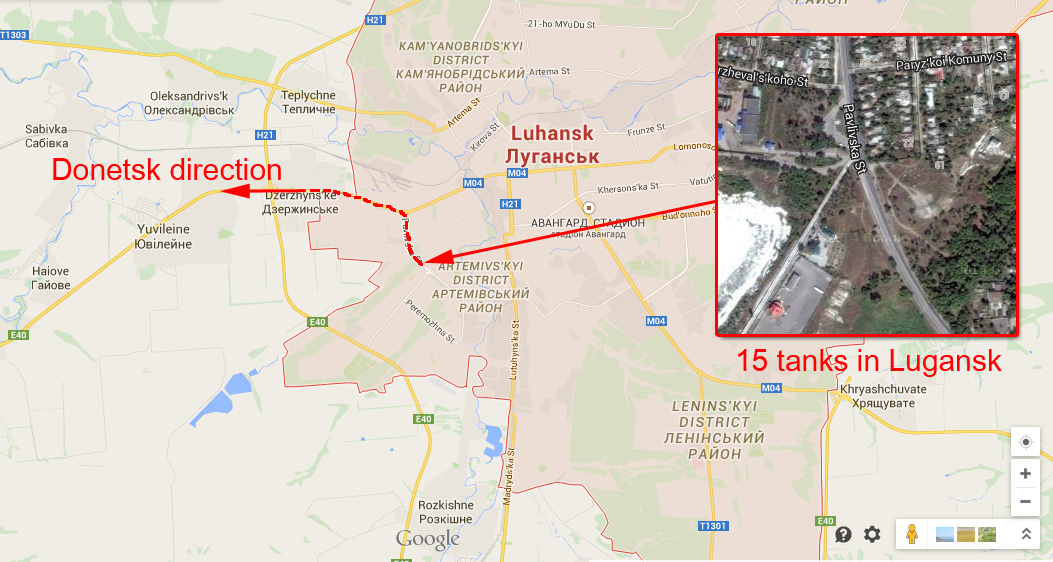 Geolocation can be confirmed when you compare the landmarks in the video with panorama images from the map. At 0:24 on the video you can see power line and garbage hill. 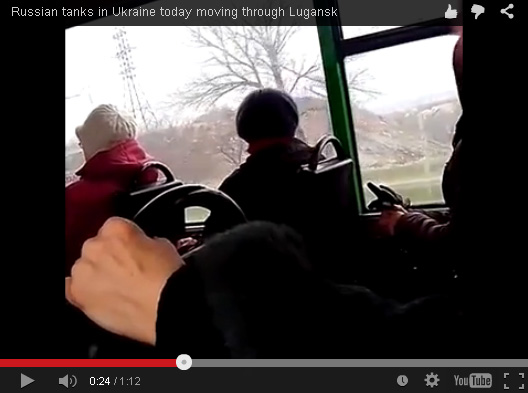 Power line in the video

Same landmarks you can see at panoramic image on Yandex Map. 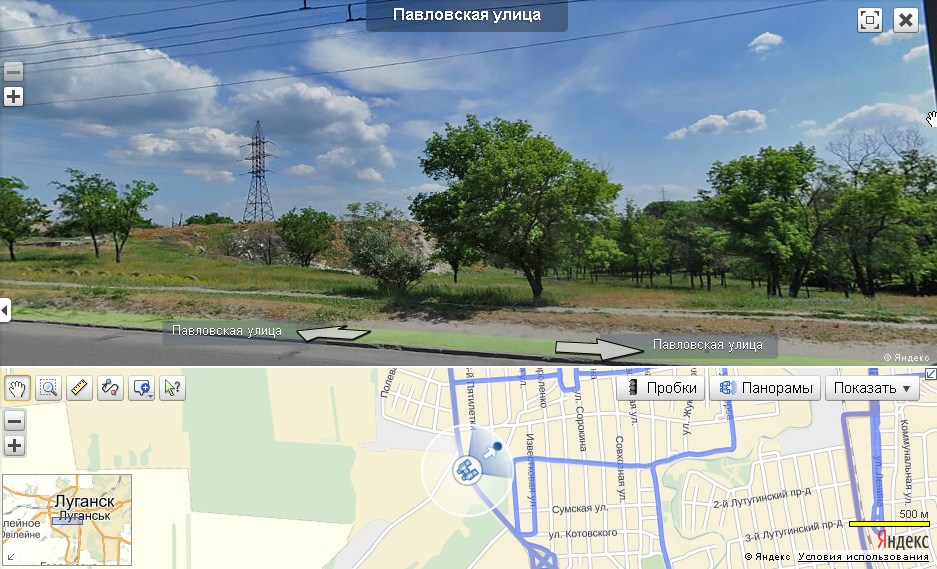 Power line in the map

2 Responses to “Convoy of Russian tanks in Ukraine moving through Luhansk. Video”