Donbas, Syria, decorations and grief: Where do Russian gunners die? 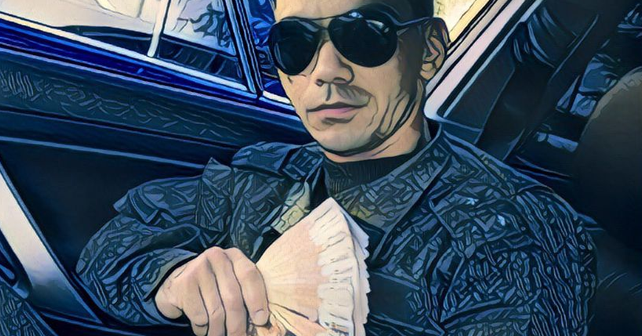 Russia is very reluctant to admit any losses among its military. Recently, InformNapalm “discovered” for the Russian media a Hero of Russia, an artillery captain, who died in Syria, but for some reason did not get any coverage even from the regional media. Reluctantly, they had to admit it. So, we will continue to cover Russian army losses in Syria and Donbas.

In early February, statuses on VK social network featured mourning posts full “Farewell!” and “We remember” words.   This was to pay tribute to 31-year-old Yekaterinburg resident Vadim Magamurov, call sign Maga, born on July 3, 1985. His profile(archive) indicated “EVAKU (EKAI, SVVPTAU before 1992) ’07”, which stands for Yekaterinburg Higher Artillery Command School. His friends on this social network also include graduates of the same military school, which, however, does not prove anything, so we simply continued analyzing the further developments.

On February 17, user Alina Magamurova (profile, archive) started posting photos with Vadim Magamurov, which were not featured in his account, apparently she had access to some of his photos. Judging by the database of Yekaterinburg residents (archive), Vadim is registered at the address: Yekaterinburg, Stachek St., 59, apt. 140. Alina Magamurova is also registered at the same address. 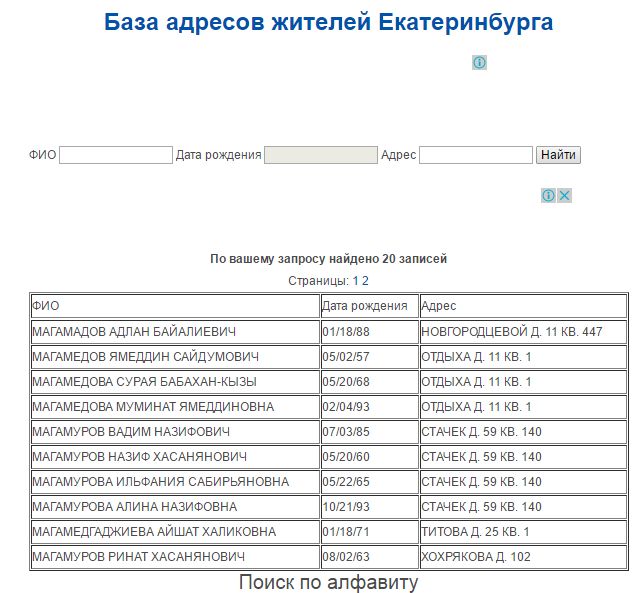 Soon, his friends began to share these photographs. Then, the reason for posting his photos became clear, when a video with the standard “we remember, we love, we mourn” line and a collage with Magamurov’s photographs were posted on VK: 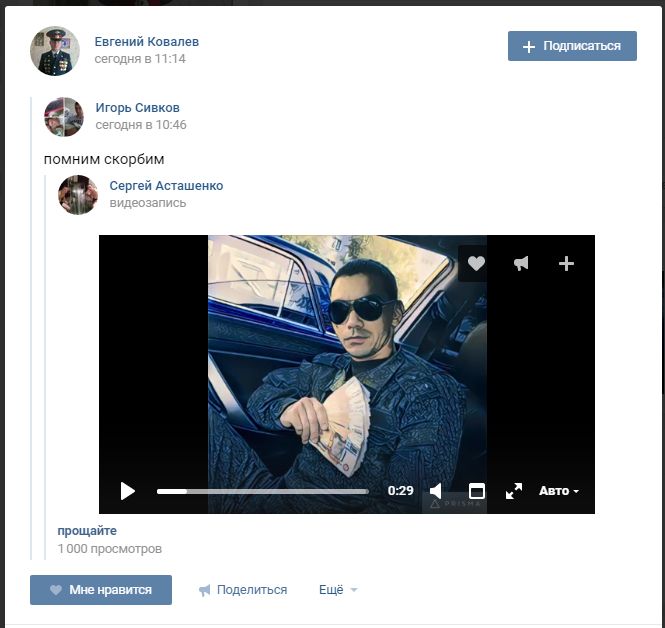 From these posts it became clear that Magamurov had been killed in Syria. At least, none of the “mourners” rushed to refute the report about Syria (archives 1, 2).

Magamurov’s participation in the war in Syria is also strongly suggested by the photo on a Syrian background. 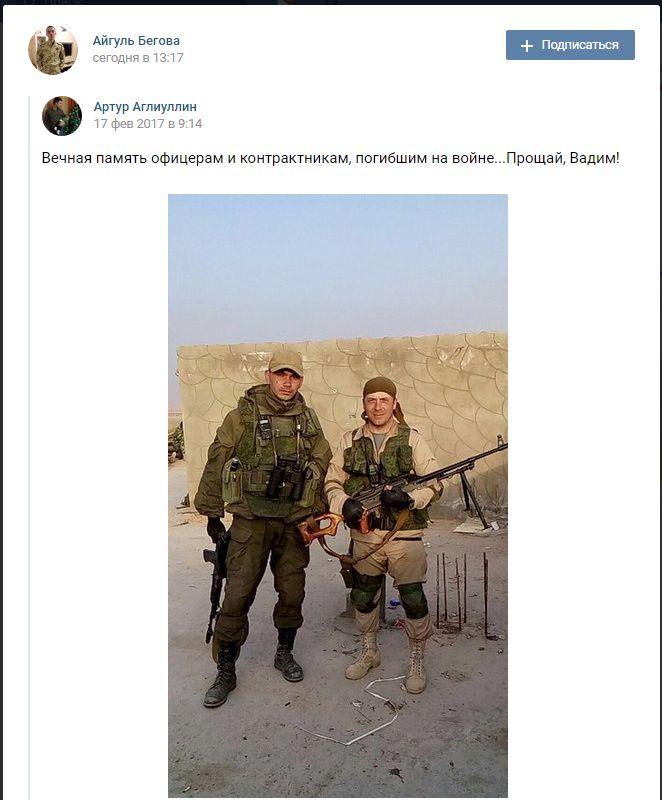 One of his friends posted a photo of a Syrian military operation participant and a veteran’s ID.

Actually, this photo with the DPR ribbon secured Magamurov a place on the Myrotvorets site database.

Judging by his shoulder marks, Magamurov was a senior lieutenant of artillery, chevrons and the reference to the military school attestting to it.

In September, he posted photos with rubles, which is almost a must-have classic: a serviceman showing off a  bundle of cash after a combat deployment. 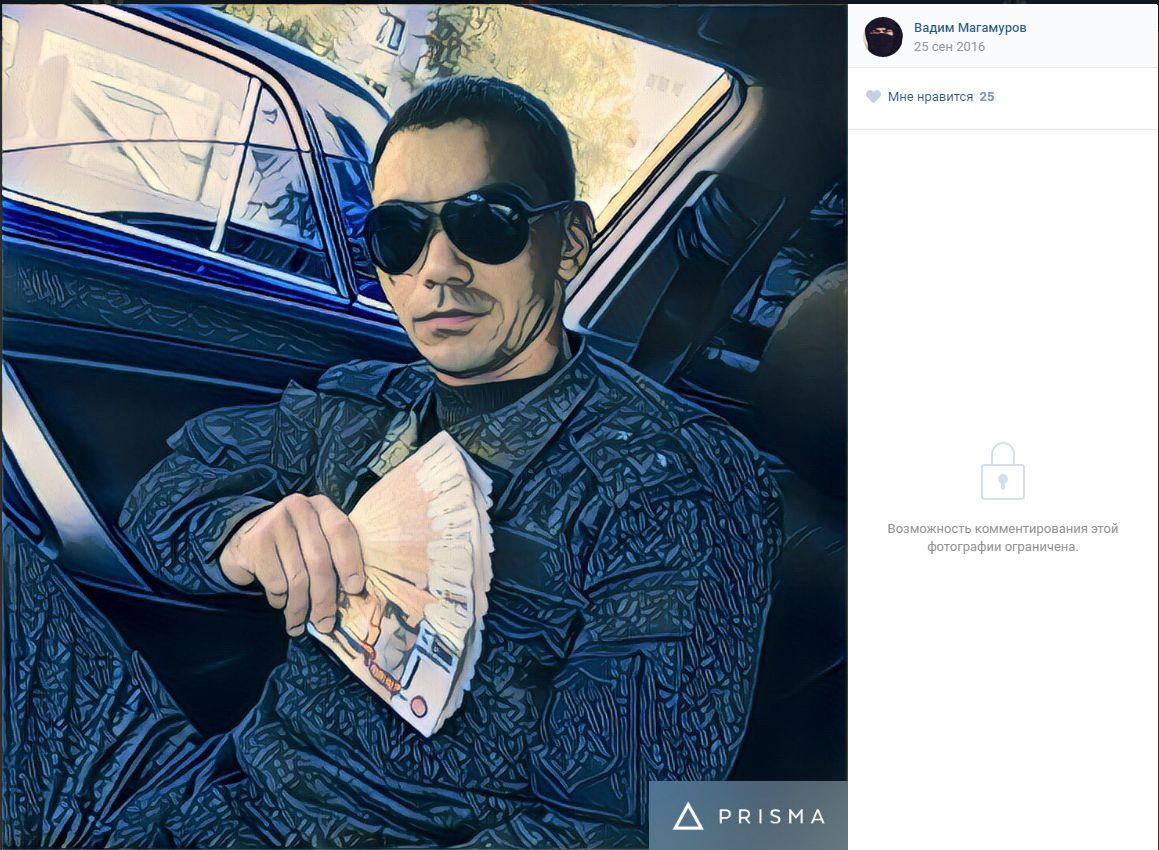 On December 17, 2016, one of his friends posted a group photo, which also had Magamurov on it, captioned “drinking to our bro’s medal”. 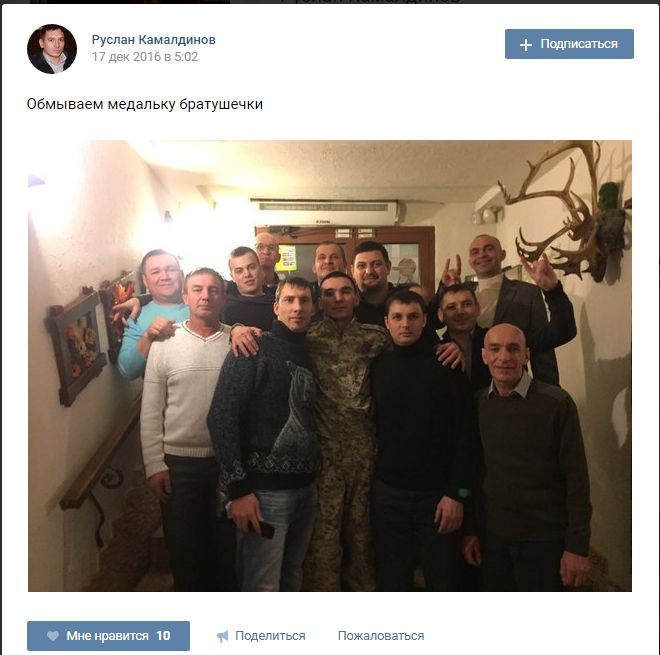 Apparently, he really had got the medal recently and was going home. We can compare the picture of Magamurov’s dog from his account posted in September and on the photo already with the medal in the “memorial posts” (1 and 2):

Magamurov’s photos wearing military uniform do not prove anything alone, however, his chest is decorated with the medal For Merit to the Fatherland with swords of the II degree, which is a military version (there is also a civilian version, without swords).

Now, let us put the whole puzzle together: numerous users of VK social network started mourning for a Yekaterinburg resident, his photos wearing military uniform were posted, he was photographed with a combat decoration for military men, none of the mourners denied the death of the contractor in Syria, and his relatives, among other things, uploaded a picture, probably from Donbas, but soon deleted it.

We hope that Russian journalists will investigate this story and find out where senior artillery lieutenant Vadim Magamurov, Yekaterinburg resident, died: in Syria or in Donbas.

No Responses to “Donbas, Syria, decorations and grief: Where do Russian gunners die?”