Our investigation found information and photos, confirming the presence of another Russian unit in Ukraine. That is a drones company of the 19th motorized brigade (military unit No. 20634, Vladikavkaz, North Ossetia-Alania), which is a part of the 58th combined army of the Southern military command of the Russian army.

OSINT-reconnaissance in the area of the settlement of Svobodny in the Kuibyshev district, Rostov Oblast, Russia, bordering with Ukraine, resulted into recognition of the Russian units. Through examining of VK profiles of soldiers who are serving under contract: Ales Dzhumargaliev and Ruslan Galimov, this unit was identified as drones company of the 19th motorized rifle brigade from Vladikavkaz.

VK photo galleries of these servicemen have pictures with a geographical location on the territory of Ukraine, namely: Amvrosyyivskyi Raion of Donetsk Oblast. Not only the personal information of the servicemen, but also pictures themselves confirm that this group of people is a part of a drone company. Pictures show KAMAZ truck with special modules and a few black plastic boxes. 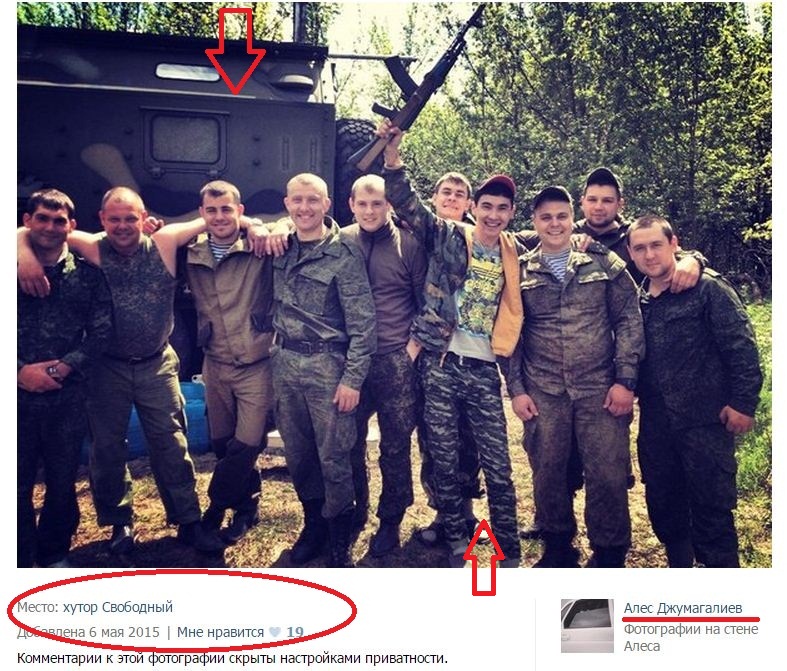 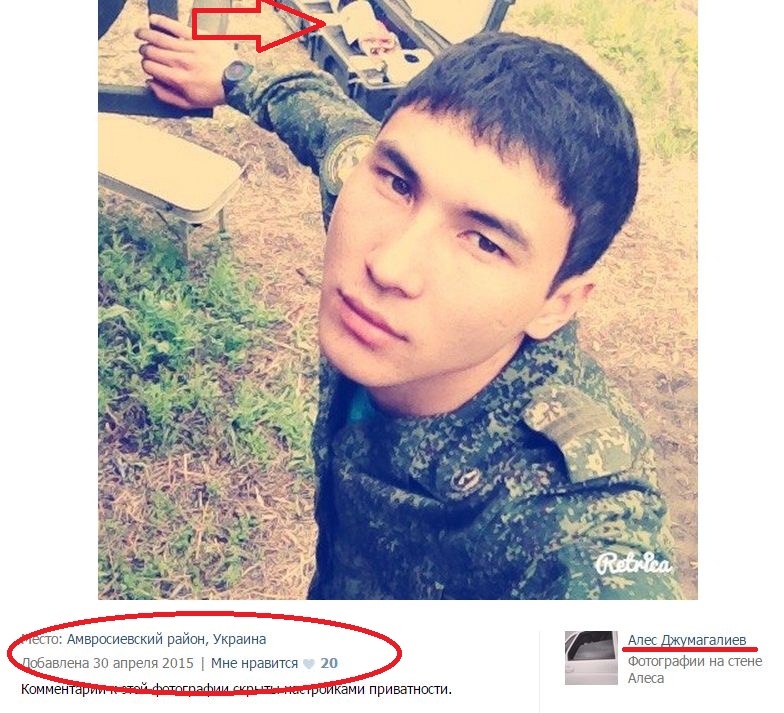 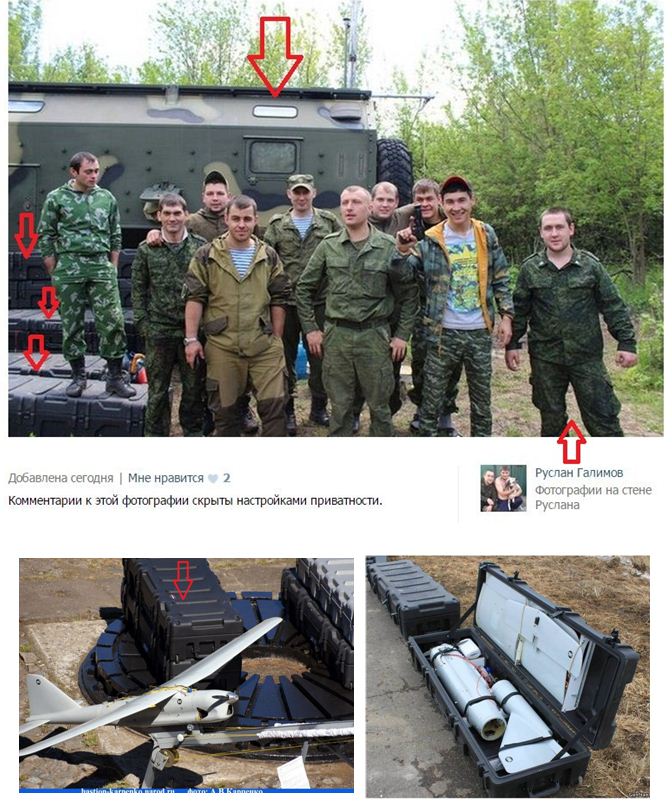 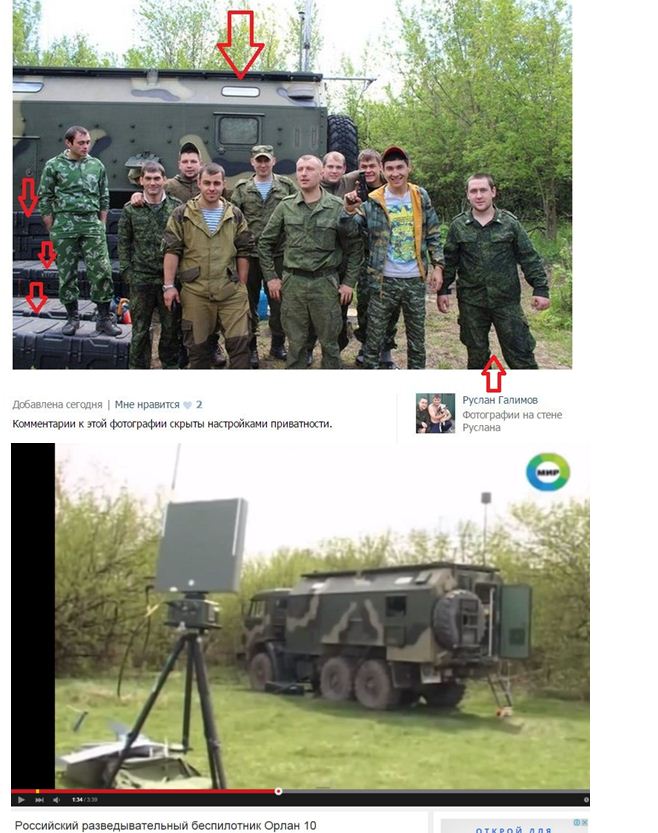 These boxes are signature evidence of the Russian dones. Compare them with boxes and other equipment on this video, shot in 2014 by Russian Mir TV company.

By the way, this video shows public flight practice of the same drone unit from Vladikavkaz. After checking friend contacts of mentioned servicemen, we have also found their colleagues from the same company. A person named Nikolay Dmitrievich Belokobylenko happened to be the most curious and open to public, since he has 3 different VK profiles: https://vk.com/id146791893, https://vk.com/id279602335, https://vk.com/id161164012. 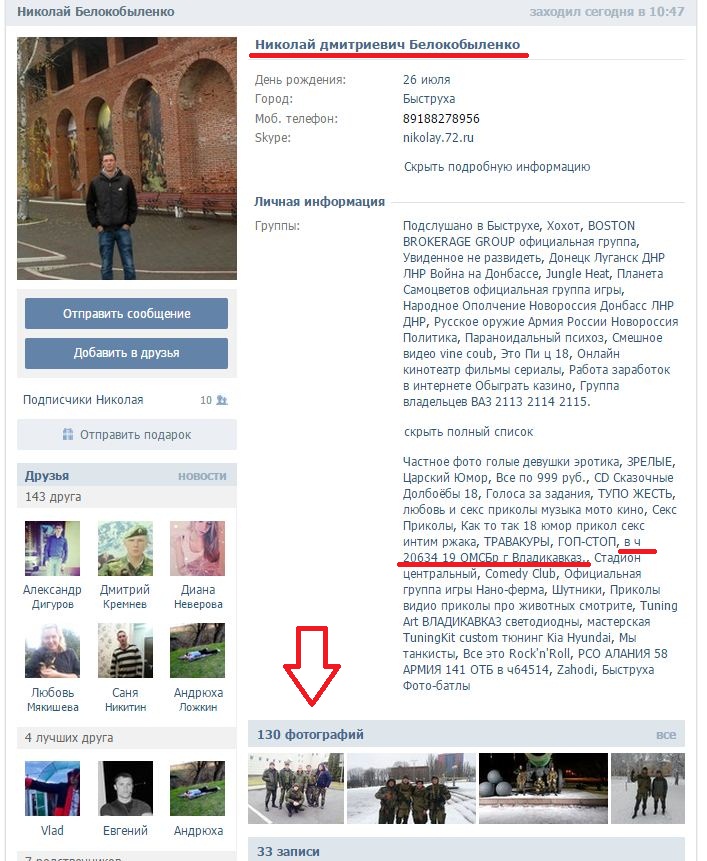 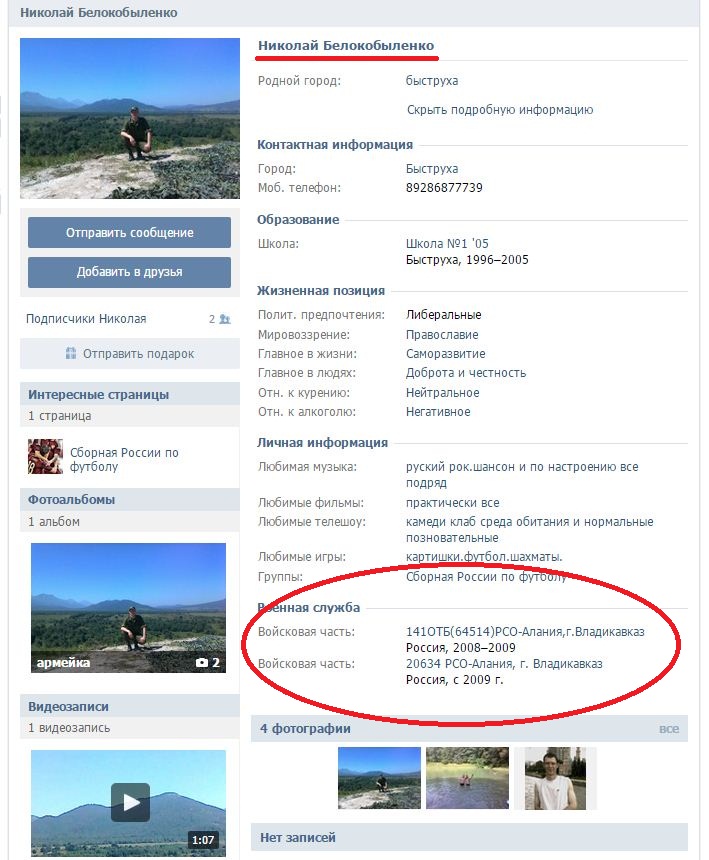 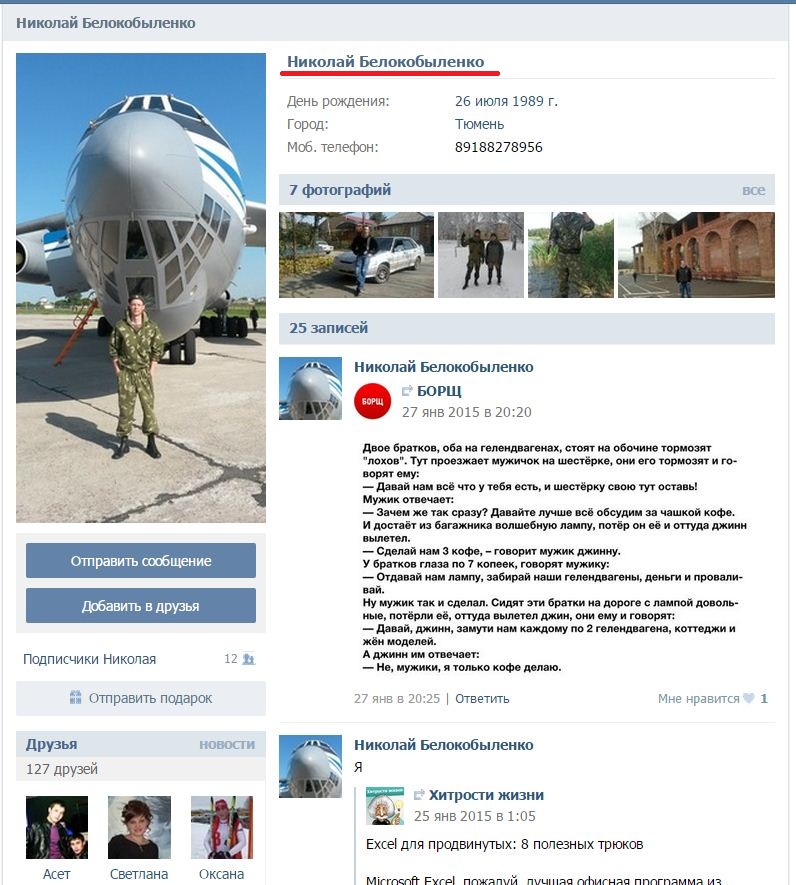 The fact that Belokolybenko has been serving in drones company since 2009 is confirmed by a picture taken in Kolomna (a town near Moscow), where he was trained in a Training center for specialists of drone aircraft complexes (military unit No. 20924). Moreover, Nikolay Belokolybenko is a Youtube star, he took part in a mentioned video by Mir TV, shot in Vladikavkaz in 2014 and featuring Russian reconnaissance drone Orlan-10. In it Nikolay was called a senior crew controller (see 1:45). 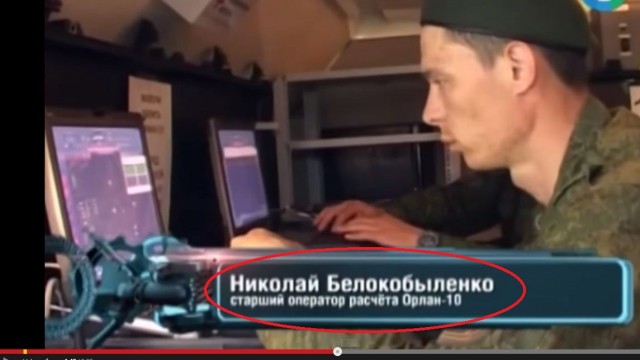 Over the last year Nikolay Belokobylenko numerously visited Donbas during his missions. This is confirmed by pictures from Donbas Arena Stadium and Tsar cannon (known to all Donetsk residents) on the background. 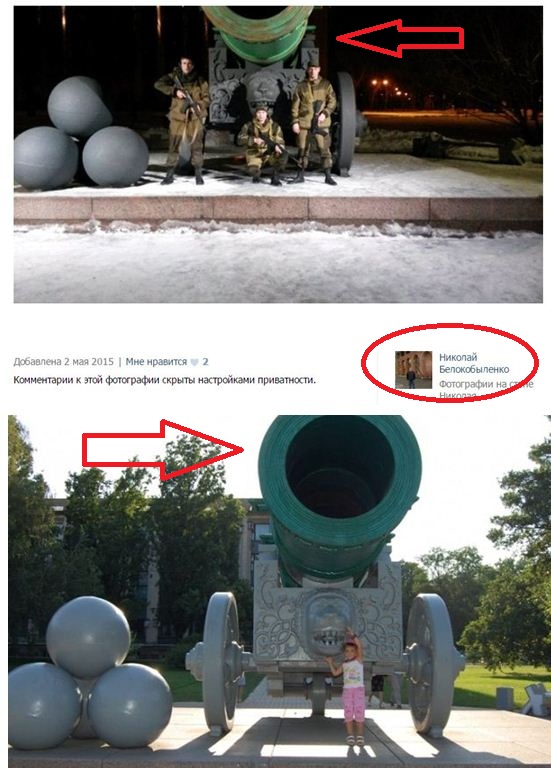 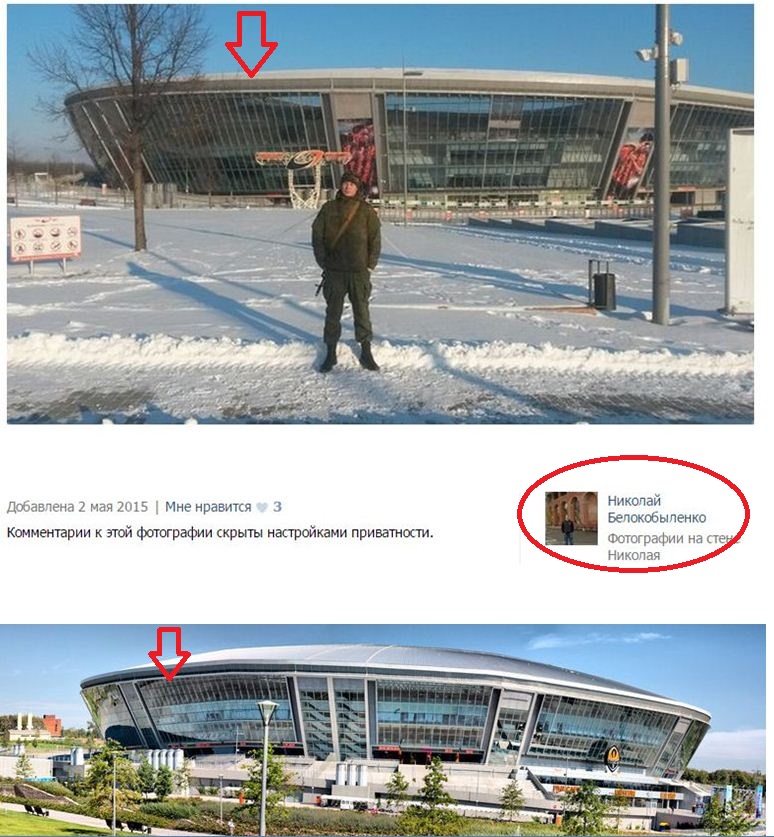 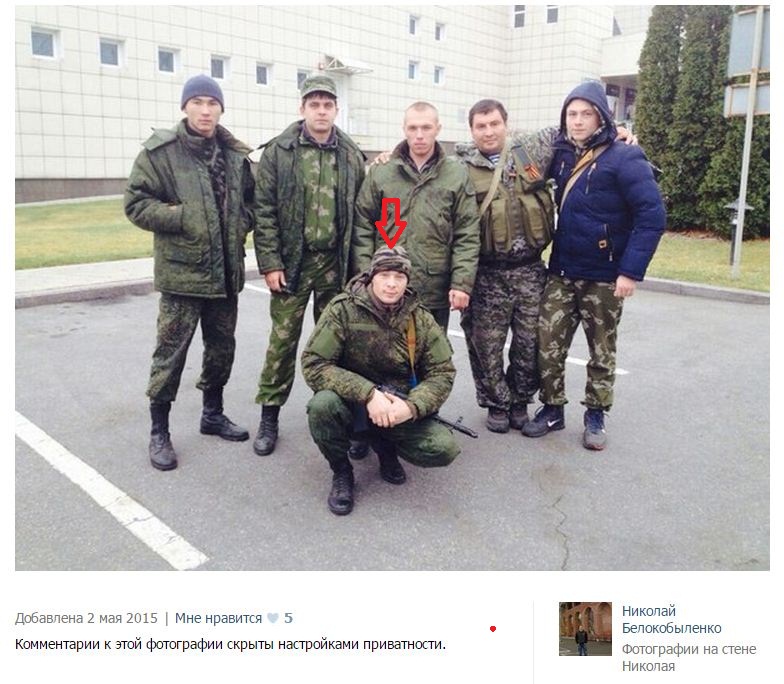 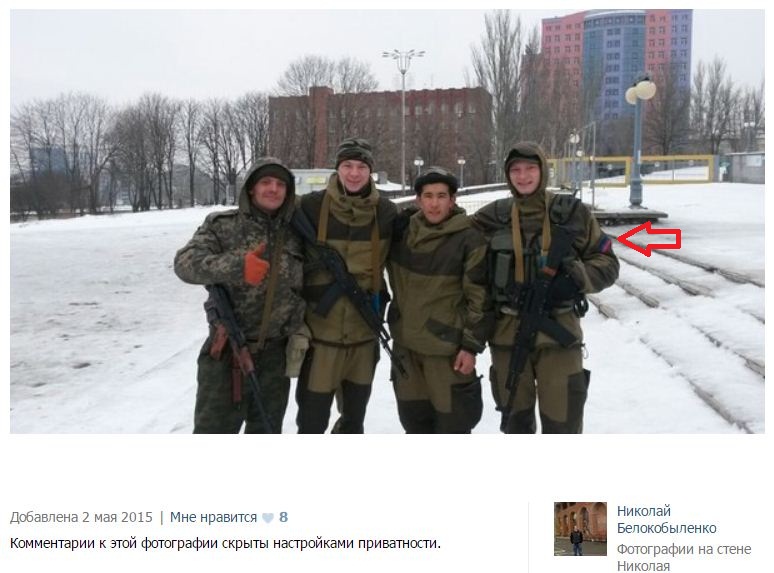 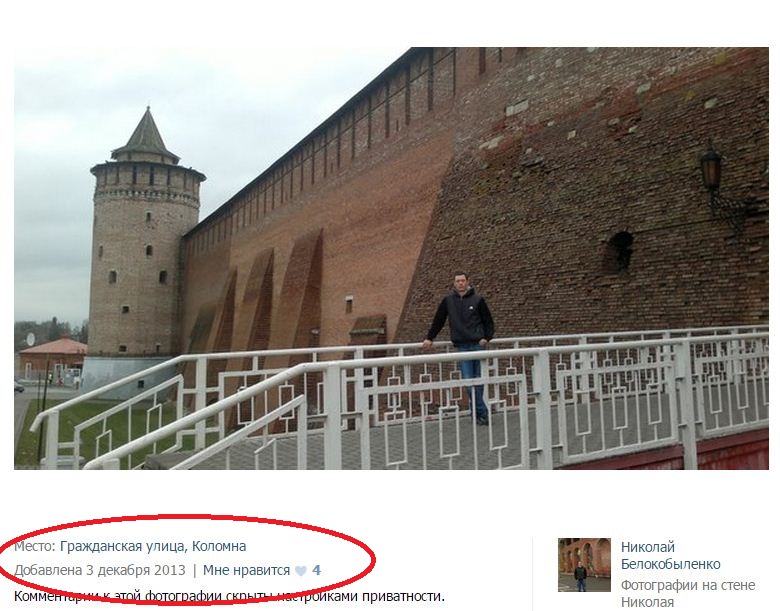 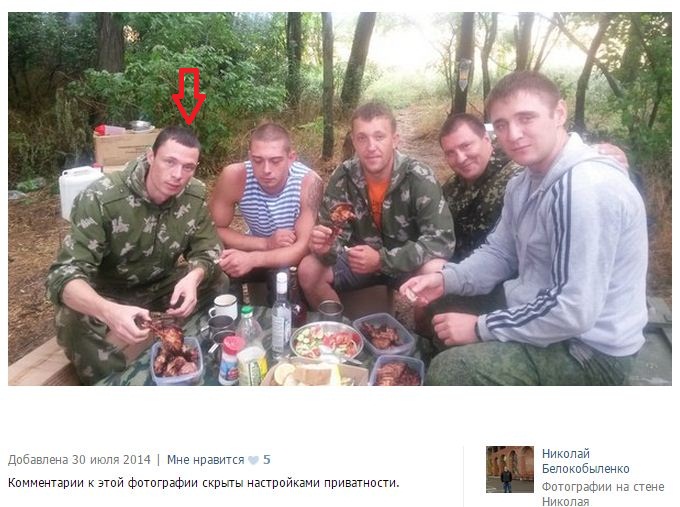 Drone operators from 19th Separate Motorized Rifle Brigade are usually present on pictures together with artillerists from the same brigade. This brings us to conclusion that their main task is to conduct reconnaissance of Ukrainian positions and objects of military significance to supply this information to their artillery. 19th Motorized Rifle Brigade is armed with self-propelled howitzers 2S19 Msta-S and 9К51М Tornado-G modernized multiple rocket launchers (modernized BM-21 Grad), which have modern guidance and control units and have longer destruction range comparing to their predecessors.

12 Responses to “‘Drone Company’ of Russian 19th Motorized Rifle Brigade. A story of their Ukrainian ‘trip’”