Ukraine as Testing Range for New Russian Weaponry and Tactics 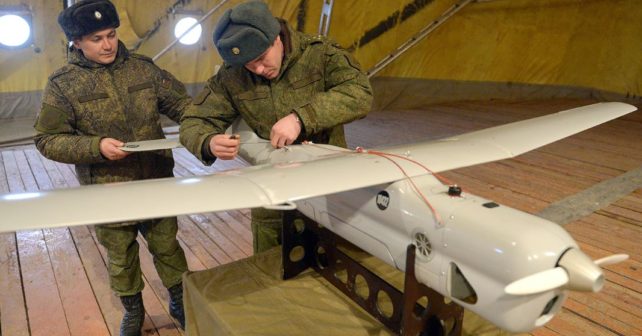 On September 2, 2016, the blogger nicknamed colonelcassad  published on his LiveJournal page the presentation of the Special Technological Center of the Mikhailovskaya Artillery Academy “On setting up reconnaissance and fire system subunits featuring Orlan-10 UAV for mission-critical tasks”.

For the original presentation of 44 slides, please follow this link: http://ppt-online.org/52115. As per the author’s comment, it is the demonstration of the reconnaissance and fire system (RFS) subunits featuring Orlan-10 UAV in Donbas.

This presentation discusses benefits of the RFS subunit incorporated in an artillery battalion of 2S1 Gvozdika 122mm self-propelled howitzers, consisting of three batteries. The RFS is supposed to consist of four artillery pieces and an aerial reconnaissance system (ARS) equipped with Orlan-10 drones.

The presentation contains live examples of pairing the drones and cannon artillery in combat. Some of the photos came from Donbas. This matter has already received some profile in forums and on social networks. For example, according to the bloggers, some slides subtitled “the results of hitting the target” are identical to the photos on the group titled Russian Industry with the comment “April 2016. Maryinka. Destroyed armored vehicles of Ukrainian Army’s 79th Airmobile Brigade, 6 MT-LB and BTR-70”, that have been posted on VK social network on May 2, 2016. 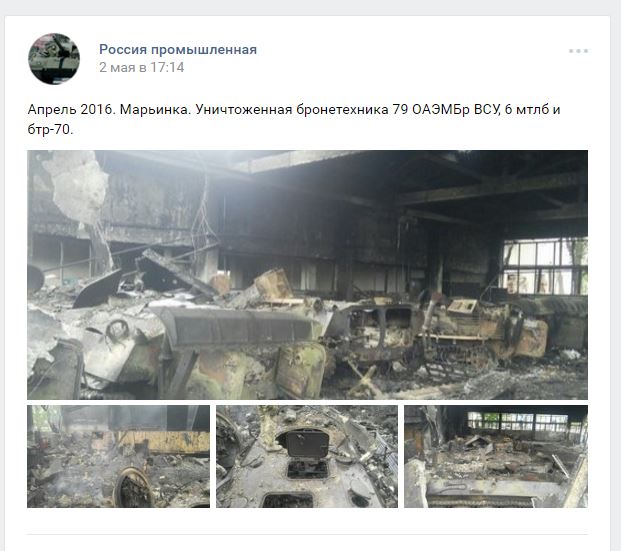 The informative part of the RFS presentation with location screenshots, plotted targeted areas and detailed description of the shelling results is of the greatest interest. This information shall be subject to further in-depth analysis by the competent authorities of Ukraine and eventually foreign experts.

The concluding part of this review is also of some relevance, providing discussion of the “actual combat performance” and the “results of the live experiment”. The conclusions stress the benefits of setting up of the RFS’s, equipped with Orlan-10 drones, and of variable-composition artillery units as part of Russian Rocket Troops and Artillery (RTA) formations, directly subordinated to the artillery commanders of combined arms formations and military units. 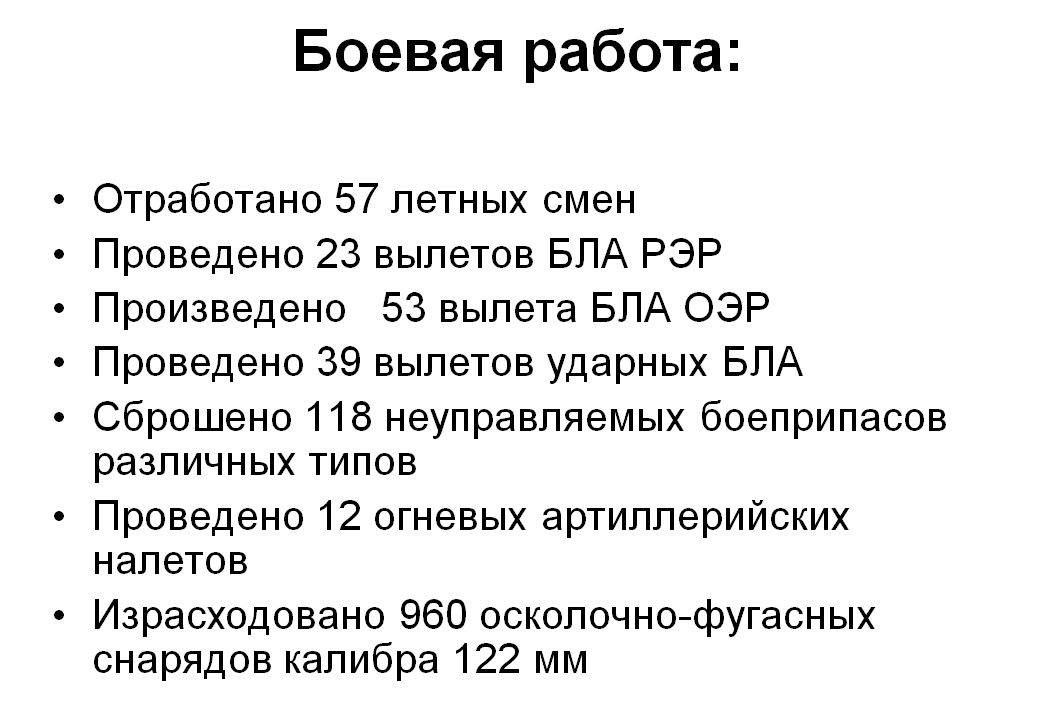 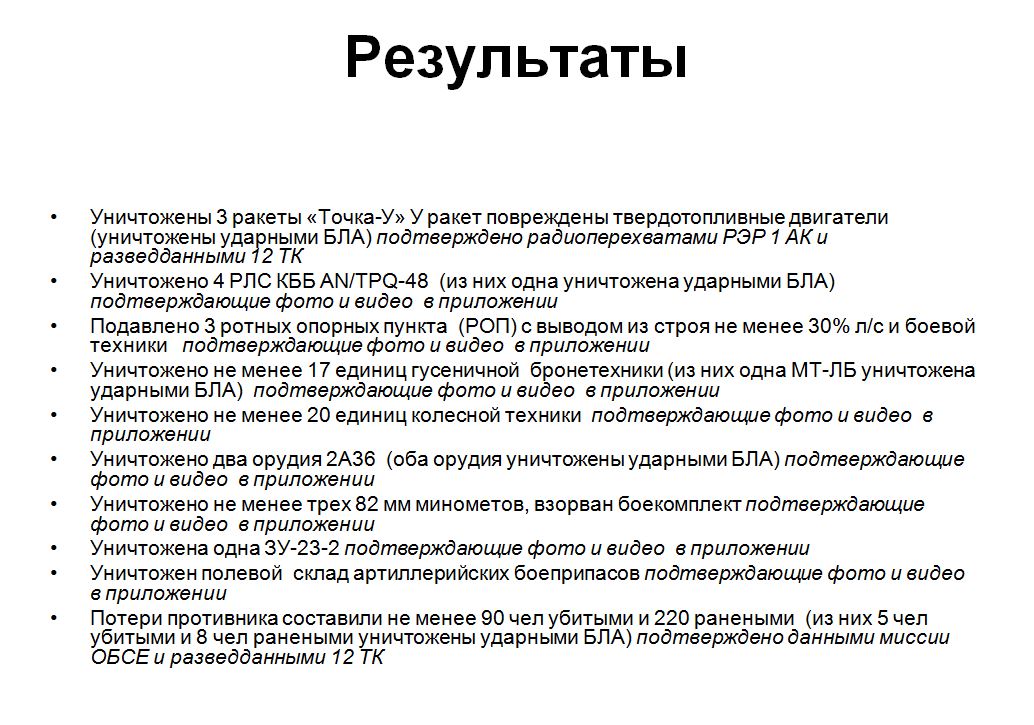 There are also a few details about the original file (the primary source) that are worth noting. The file was created by somebody called Aleksandr.  The presentation had 21 iterations, its creation date is  May 31, 2016, last saved date is June 7, 2016. 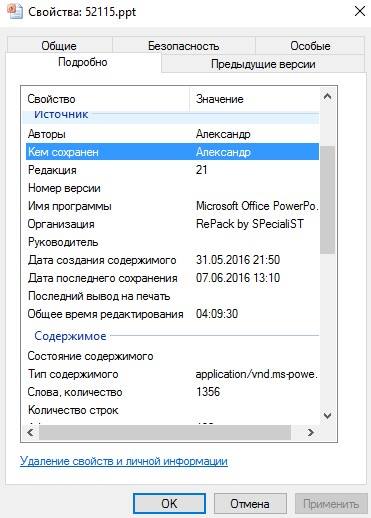 The OSINT-group of InformNapalm community has decided to publish the information related to this presentation on forthwith, as in all likelihood it will soon disappear from public domain. We hope that Ukrainian competent authorities will have a keen interest in this issue, will carry out a thorough professional analysis of the presentation content and publish their findings.

Note: Following the consultations with Serg Marco who conducted an additional express analysis of the presentation, we came up with several relevant reservations. There is a number of discrepancies, for example – there is no evidence provided of the destruction of the OTR-21 Tochka-U missile system and its radar, which could not have been present at the forefront. The casualty count of 90 persons as a result of 27 artillery strikes during that period looks blown out of proportion. Apparently, they also exaggerated the information about the destruction of MT-LB’s belonging to the 79th Brigade mortar unit in Mariinka, where losses were caused by the explosion of unloaded ammunition. Interestingly, the publicity of the “Orlan UCAV” appeared right after the demonstration of the Ukrainian combat drones.

It’s worth reminding that nformNapalm has repeatedly documented Russian UAV’s as well as artillery units in Donbas. One of the most vivid examples is the publication dated May 8, 2015 Drone Company’ of Russian 19th Motorized Rifle Brigade. A story of their Ukrainian ‘trip with the identification of the Russian servicemen, as well as with a series of photos of the personnel and assets of this unit, both from Russia and the occupied Donbas territory. 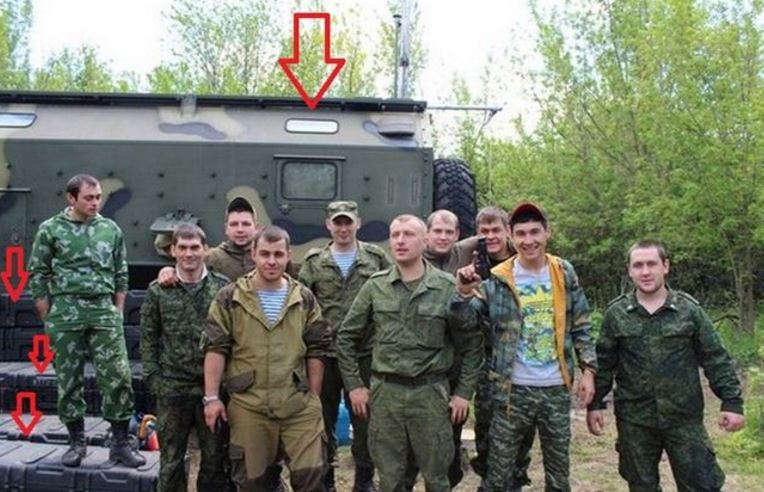 Other publications of a series detecting the Orlan-10 drones in Donbas are available under this tag.

This publication was compiled based on the OSINT-investigation of the InformNapalm international community.