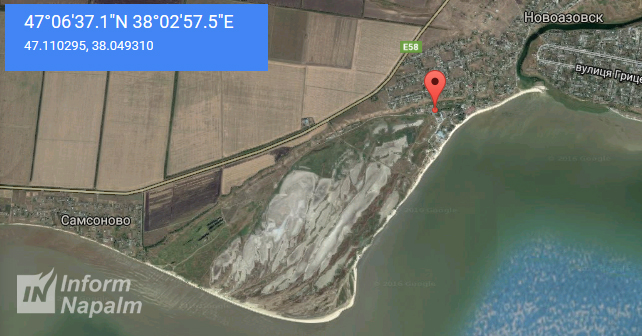 Volunteers of aero intelligence have provided the international volunteer community InformNapalm with exclusive data that confirms violations of the Minsk agreements regarding the withdrawal of heavy weaponry by joint Russian-terrorist forces.

From September 18 through September 23, 2016, at least eight pieces of 2S1 Gvozdika 122 mm self-propelled howitzers (one self-propelled artillery battery and one partial squad) have been spotted 17 kilometres away from the separation line. These guns have to be withdrawn at least 25 km. Besides that, two MT-LB and 12 other military vehicles are seen in the photo. The image coordinates on the map are: 47.110295, 38.049310. 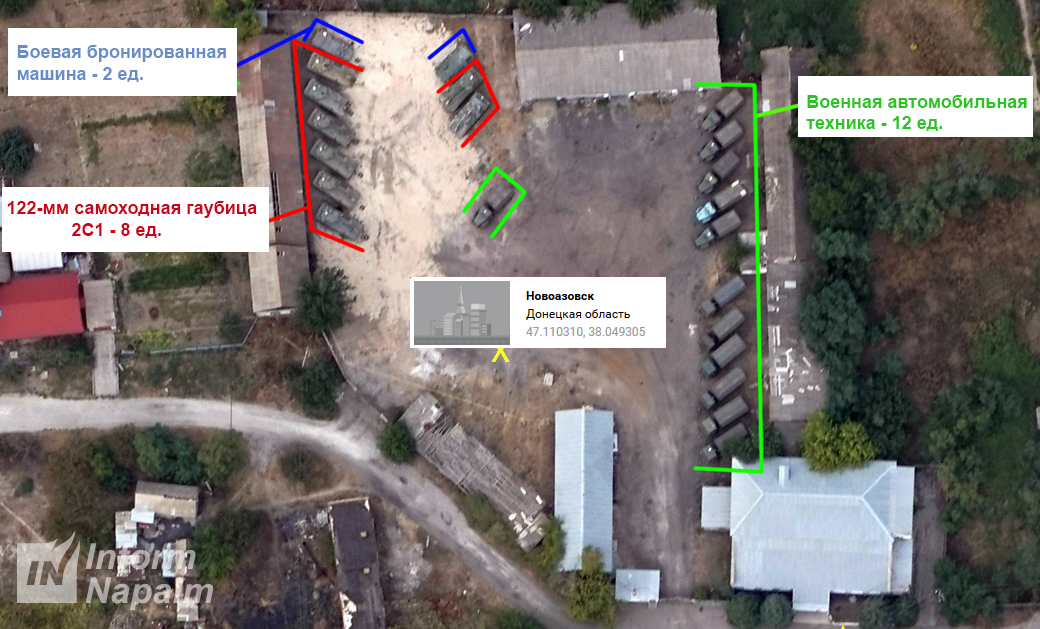 InformNapalm volunteers also conducted monitoring of satellite images of the area and found strong evidence that back in March of 2016, there were no weapons or military equipment in this area, but from June through September 2016, there has been a gradual increase in the amount of military equipment and self-propelled artillery.

Photo from June 15, 2016. Military vehicles are spotted the first time.

Photo from July 31, 2016. Self-propelled artillery and large number of military vehicles are seen.

Photo from August 11, 2016. Weaponry and military vehicles are seen.

The photo taken by aero intelligence in the middle of September shows eight (!) 122 mm howitzers.

This example proves once again that heavy weapons have not been withdrawn to 25 km. Even more, the combined Russian-terrorist forces have formed a self-propelled artillery battery and a partial artillery squad within 17 km of the separation line.

Let us remind you that this is not the first violation of the Minsk Agreements by the pro-Russian militants. Previously, InformNapalm volunteers had presented proven facts gathered from social media accounts of terrorists and even published a “Guide for the OSCE” with coordinates of objects that required special attention.

It is worth noting that after the operation by Ukrainian activists hackers in which 13 electronic mailboxes of military offices of the so-called DPR were hacked, we learned that the Ukrainian Armed Forces fully respected the ceasefire. The militants reported about it in their classified messages. At the same time, Russian propaganda continued to discredit Ukraine and misinform the world community.

In addition, please see the InformNapalm database of the 33 types of Russian weaponry in Donbas.