For tribunals: volunteers exposed a soldier of Russian Army, who participated in occupation of Georgia

When searching for Russian war criminals, who participated in the invasion of Crimea and in occupation of the Donbas, we come across Russian military men who participated in past conflicts outside Ukraine. More than 10 years have passed since the date of the attack of Russians on Georgia, and some participants of those events began to publish photos of their participation in the aggression on social networks. For example, Stas Leshchinsky, a soldier of the 417th Separate Reconnaissance Battalion (the 417th SRB, military unit 55034, home station – Khankala, Chechnya, Southern Military District) from the 42th Motorized Rifle Division (MRD) of the Russian army, who fought against Georgia in 2008.

Participation of the 42nd MRD in the occupation of Georgia

Participation of the 42nd MRD of Russian army in the attack on Georgia is a well-known fact; this is open-source information. In the beginning of the last year, we published the names of servicemen of the 478th Communications Battalion, which belongs to the 42nd MRD. And now we have detected occupants from the 417th SRB. Today we publish data of one of them.

He did military service in several units:

In his social network album Leshchinsky published a picture with armed Russian soldiers posing next to road sign “Batumi” in English and Georgian. The caption says: “On the way…” 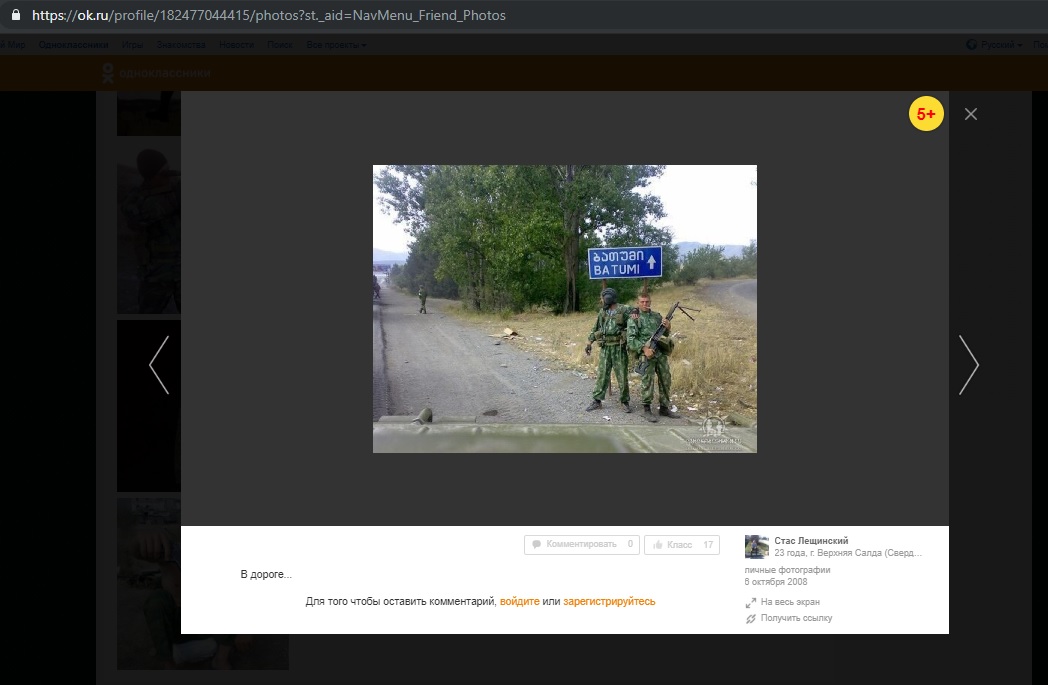 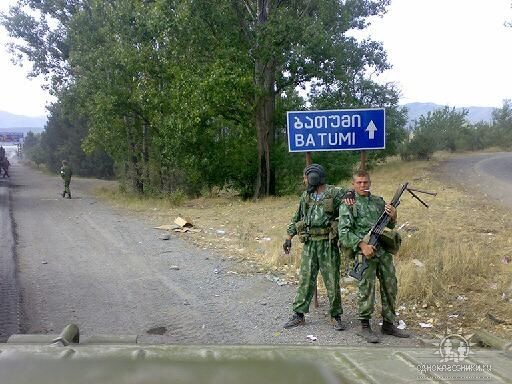 Here is another picture of the convoy on its way: 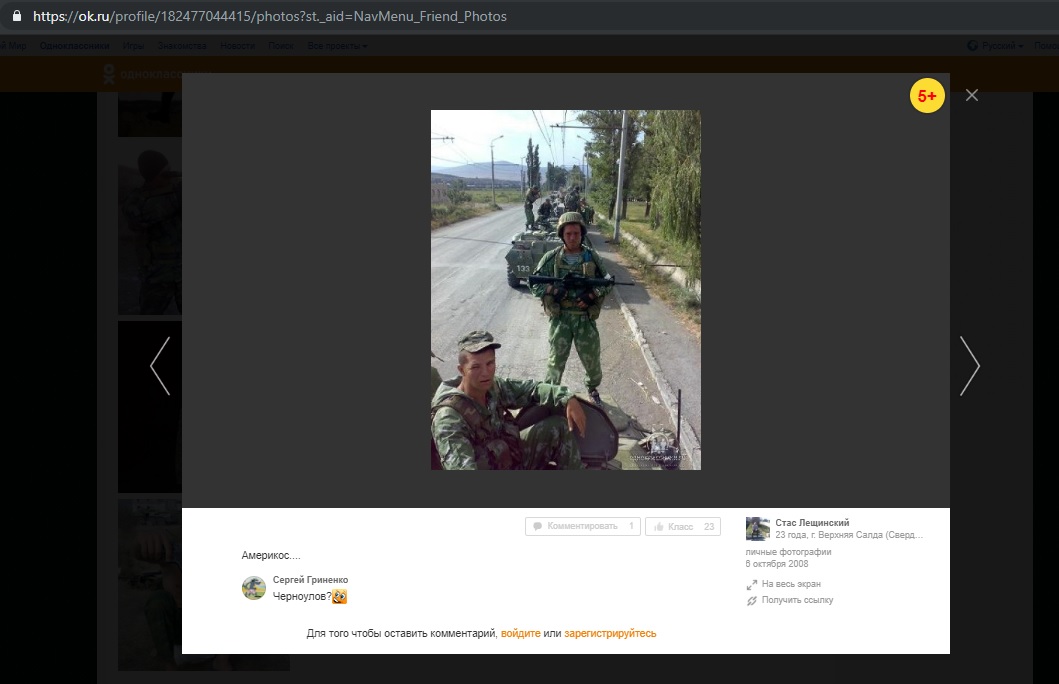 In comments to the next picture Leshchinsky writes that it’s South Ossetia 2008. 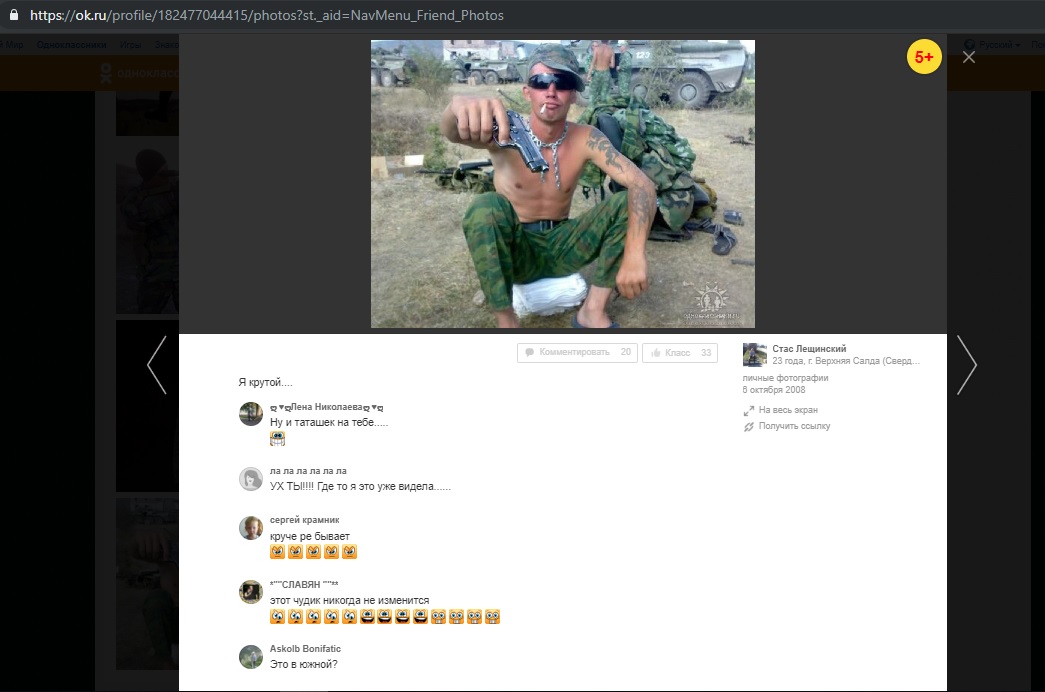 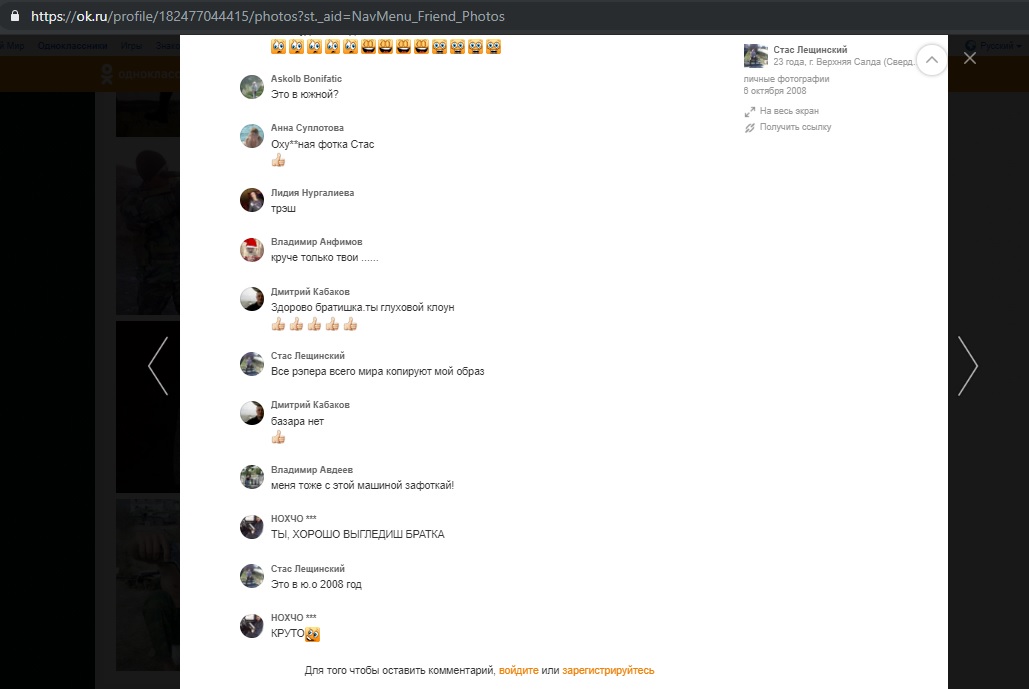 According to the 1968 UN Convention, the statute of limitations cannot be applied to war crimes and crimes against humanity. Therefore, despite the fact that 10 years have passed since the Russian attack on Georgia, the International Criminal Court is investigating the case of war crimes and murders of Georgians in 2008 in the Tskhinvali region (which Russians called South Ossetia after occupation).

InformNapalm volunteers conducted many  investigations of Russian military participation in occupation of Georgian territories, many war criminals have already been named.. We are sure, that sooner or later, every participant in those military crimes will be brought to justice.

Compiled specially for InformNapalm.
A link to the authors and our project is obligatory for any reprint or further public use of the material. (Creative Commons — Attribution 4.0 International — CC BY 4.0)
Repost and share with friends. Follow us on Facebook / Twitter

No Responses to “For tribunals: volunteers exposed a soldier of Russian Army, who participated in occupation of Georgia”