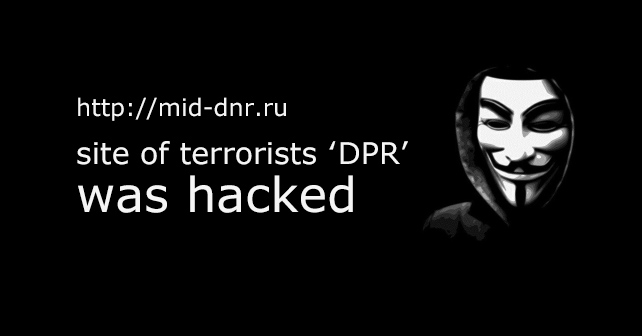 Information and appropriate links placed on the puppet “Ministry” web site confirmed presence of the representatives of the regular Russian Army in Donbass. Hackers put links to the web sites of the #Russiakills and InformNapalm projects. Please see bellow a couple of examples showing how messages on the web site have been transformed into the positive news:

‘…MFA of the DPR fully supports Ukraine and the entire international community in regards to the immediate release of Nadezhda Savchenko.

We call Russian Federation to judge and sentence these members of a kangaroo court who prosecuted and convicted her… We also request that all other political prisoners are freed from Russian jails where they are detained unlawfully. We support freedom and the right of all Russia’s nations to self-determination!’ 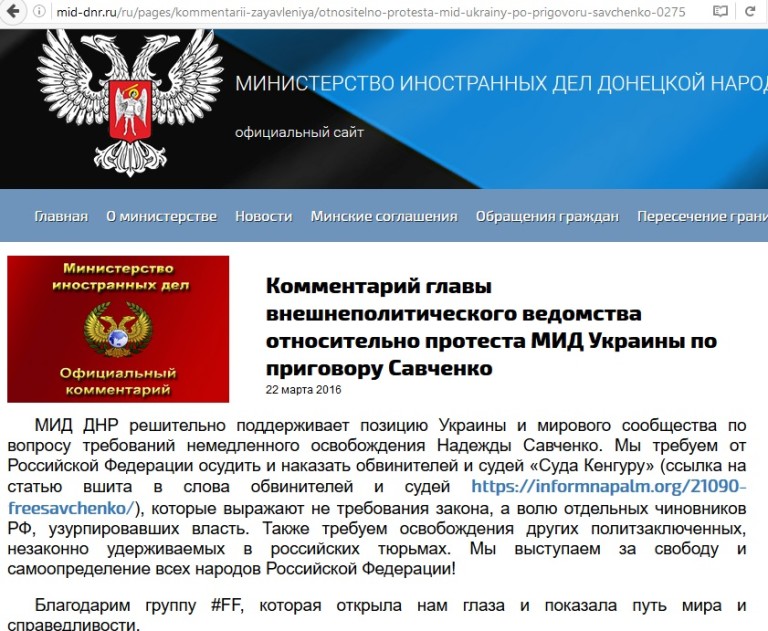 “…The world should stop this hybrid and spreading Russian aggression proved by the OSINT researches of a volunteer group InformNaplm more than once.” 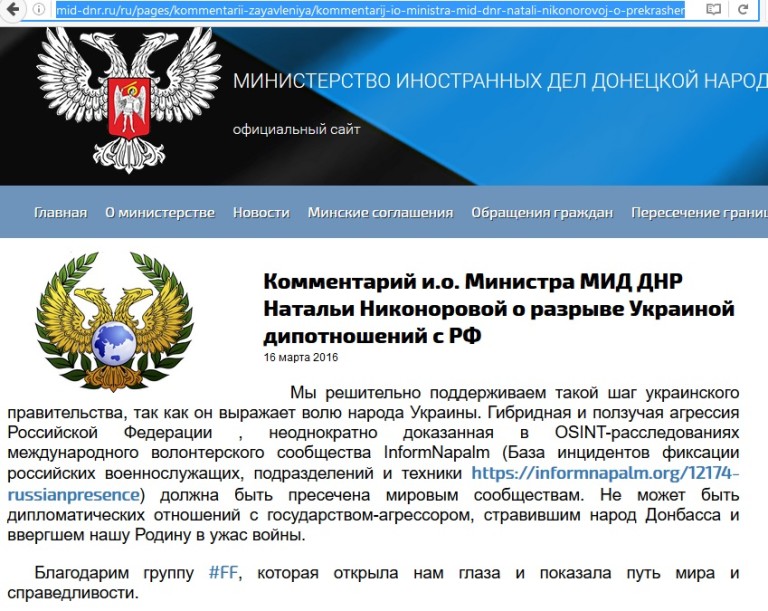 ”…We fully support Ukraine in its decision to open NATO rep office and we would like to express our hopes to see the similar office in Donetsk. We are convinced that such step would significantly stabilize the overall situation on the temporary occupied by Russia territories of Ukraine”…

“Ukraine needs victories, so here is one of them” – this line was twitted by #FF just before  the website was hacked. InformNapalm prepared a video based on those materials, which hackers made public.