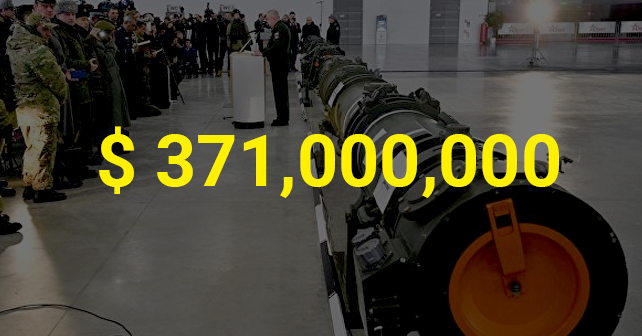 On February 2, 2019, the US Department of State announced that the United States had suspended its obligations under the Intermediate-Range Forces (INF) Treaty as a consequence of the breach of the Treaty by the Russian Federation.

As stated in the statement, the United States can no longer be restricted by the Treaty while Russia openly violates it. The United States announced the possibility of such a decision on December 4, 2018, warning that unless Russia returned to full compliance in 60 days, the United States would withdraw from the INF Treaty. If Russia does not return to full and verifiable compliance with the Treaty by eliminating all noncompliant 9M729 (or SSC -8)missiles, their launchers, and associated equipment in the six-month period, the Treaty will terminate.

Based on the information regarding the Russian state defense procurement in 2015-2016 that was exclusively provided to InformNapalm for analysis and publication by Ukrainian Cyber Alliance in November 2016, we assume that it is possible that the Russians began production of the noncompliant 9M729 missiles back in 2016, according to the contract with Novator Design Bureau in the amount of 24,297,924,952 rubles ($371 million at a current exchange rate).

The Intermediate-Range Nuclear Forces Treaty was signed on December 7, 1987 by Ronald Reagan and Mikhail Gorbachev. This treaty banned the production and testing of ground-based missiles with a range of 500 to 5,000 km.

Russia is starting a new cycle of the arms race that will eventually bring its own end.

No Responses to “In 2016, Russian Defense Ministry spent $371 million to start a new arms race”