In the United States, Hamilton 68 is being launched to monitor Russian propaganda on Twitter 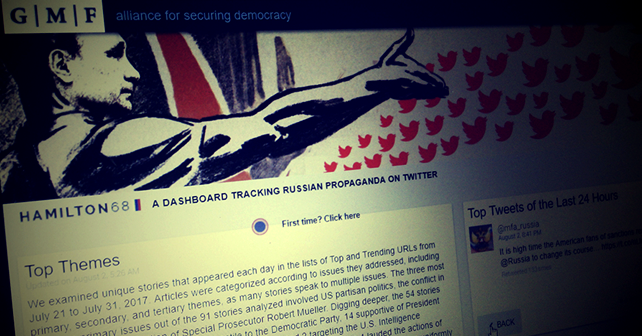 On Wednesday, August 2, 2017, the United States NGO “Alliance for Democracy” launched a site called Hamilton 68 to monitor Russian propaganda on Twitter. The Hamilton 68 platform analyzes the content of real-time microblogs, majors, hashtags and websites that affect the spread of Russian propaganda around the world.

Currently, the platform contains about 600 pages, some of which are official blogs from Russian authorities, such as the Russian Ministry of Foreign Affairs, some Russian media that write in English, as well as private accounts and bottlenecks. On August 2, 2017, the Russian Ministry of Foreign Affairs microblogging criticized the sanctions against Russia. This in its propagandist manner and explained that these will not change the situation in the country. 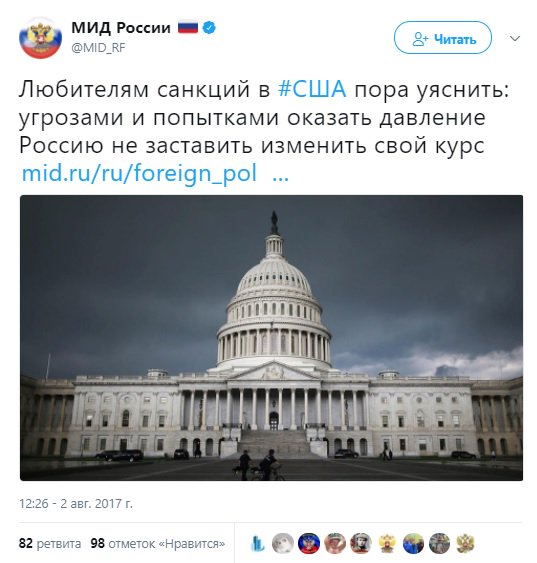 The task of the Hamilton 68 monitoring platform is to detect and identify specific threats to US democracy from Russia. It should be emphasized that Russia uses offensive methods in the field of information to attack democracy and its weaknesses.

Russia is trying to harm United States national security and disturb electoral processes in different countries. This is done using different methods of information attacks around the world.

No Responses to “In the United States, Hamilton 68 is being launched to monitor Russian propaganda on Twitter”