The Kremlin is preparing bloody false-flag special operations in Russia 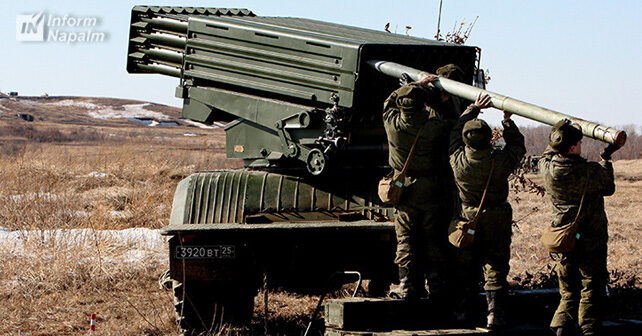 Russian intelligence agencies are preparing large-scale bloody special false-flag operations against citizens of the Russian Federation. Possible scenarios include shelling of Russian border cities with MLRS from the territory of Ukraine, terrorist attacks and acts of sabotage inside Russia, with laying the responsibility on the Ukrainians. All this already happened on the eve of the Russian invasion into Ukraine, only on a much smaller scale. These were artificial pretexts for a “special operation” back then, whereas now they will serve to rally the Russians reeling under sanctions and mobilize whatever reserves of manpower they can for the invasion forces in Ukraine. 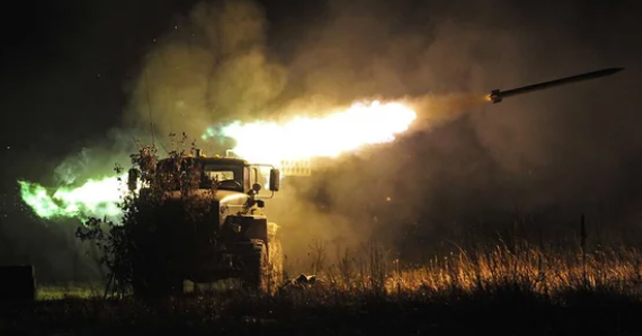 The Kremlin is now trying as much as possible to dilute its responsibility for the shelling of peaceful cities in Ukraine and the killing of thousands of civilians. To change the information agenda, Putin is ready to kill dozens, hundreds and even thousands of Russian citizens.

The Kremlin has already begun to implement such a scenario in the Donbas. On March 14, russists staged a strike by Tochka-U missile on the Ukrainian city of Donetsk, occupied by Russian troops since 2014. To create a propaganda picture, they killed dozens of civilians, having previously gathered them for a rally.

Russian propagandists arrived in Donetsk on the eve of the special operation. On the same day, Russian dictator Vladimir Putin promptly used this tragedy as a talking point in his rhetoric in the telephone conversation with Israeli Prime Minister Naftali Bennet, whom he tried to convince that “the Ukrainian military delivered the strike.” 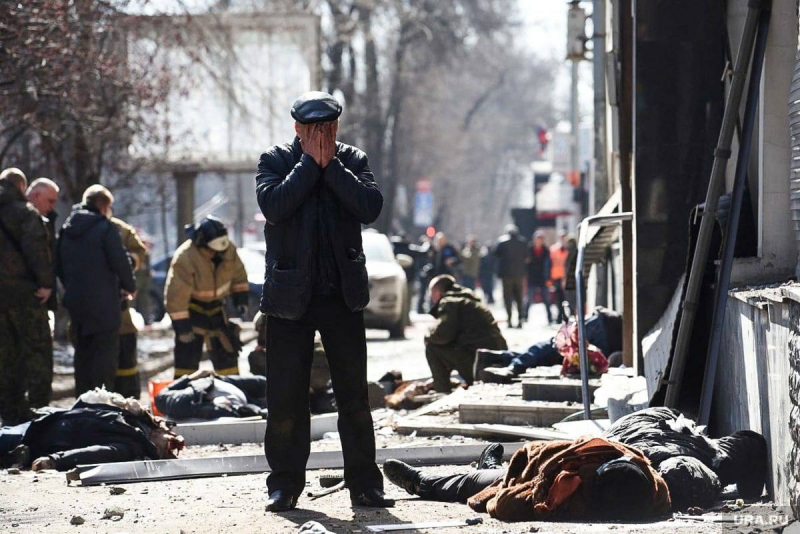 We should remind that 5 days before the full-scale invasion of Ukraine, namely on February 19, 2022, Russian propaganda actively replicated the information that Ukraine had shelled Russian territory in the Rostov Oblast with MLRS.

On February 21, InformNapalm volunteers published their own OSINT investigation which refuted the claims of Russian propaganda and pointed out clear facts proving that Russian territory was shelled with MLRS from the temporarily occupied territory of the Luhansk Oblast, controlled by the Russian Armed Forces.

This investigation was translated into 11 languages and even the Russian opposition activists actively shared it. From February 22 up to the initial phase of the full-scale Russian invasion of Ukraine, the InformNapalm website was subjected to a powerful DDos attack. Apparently, it was organized by the intelligence agencies of the Russian Federation.

This example indicates that on the eve of the invasion, Russian intelligence agencies actively used false pretexts and carried out false flag operations in order to announce the start of a “special operation to demilitarize Ukraine.”

Now that the whole world has seen the consequences of the inhuman actions of the Russian Federation, bombing and missile attacks on the peaceful Ukrainian cities of Kharkiv, Mariupol, Gostomel, Irpin and others, the Russian military command is getting ready to sacrifice civilian lives not only in Ukraine. For the sake of a propaganda picture, the Kremlin is considering more bloody false flag operations which will kill Russian citizens on the territory of their own country. The Russian intelligence agencies are likely to soon carry out bloody acts of sabotage and terrorist attacks, shelling and murders, trying to blame them on Ukraine and/or “Ukrainian nationalists.”

Such actions are being planned to cause hatred for Ukraine in order to quickly strengthen the units of the Russian army, which suffer huge losses in hostilities in a foreign territory. These are the methods of fascist regimes, and Vladimir Putin chose to resort to them in his war against Ukraine.

The Putin regime is in agony. He did not expect to receive such a fierce rebuff from the Ukrainians. He is now ready to cause new bloodshed not only of the Ukrainians, but also the peaceful citizens of Russia, in order to drown in blood the shame and contempt that he has already received from all the civilized world and to which he doomed the whole of Russia for decades.

And even captured Russian conscripts are aware that they invaded the sovereign territory of Ukraine and broke into the homes of Ukrainians as fascists.

As admitted the captured Russian military pilot, Lieutenant Colonel Maxim Krishtop, deputy commander of the 47th Aviation Regiment, who carried out the criminal orders of his military command: “I think we have already lost this war.”

Find more actual details on the Russian aggression against Ukraine on our official Telegram channel @informnapalm.