InformNapalm Awarded People’s Hero of Ukraine, the Highest Award from the Civil Society of Ukraine 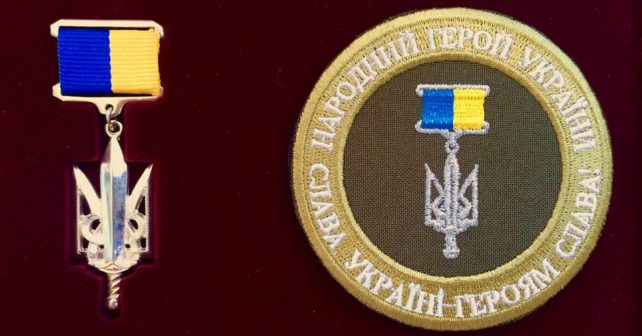 On June 29, 2016 the InformNapalm team was awarded the most important non-state award, the order People’s Hero of Ukraine.

The 17th award ceremony for the People’s Hero of Ukraine was hosted in the civic centre of Mykolaiv City. Out of sixteen orders, several were granted posthumously. InformNapalm was the only project or team honoured with the award this time. 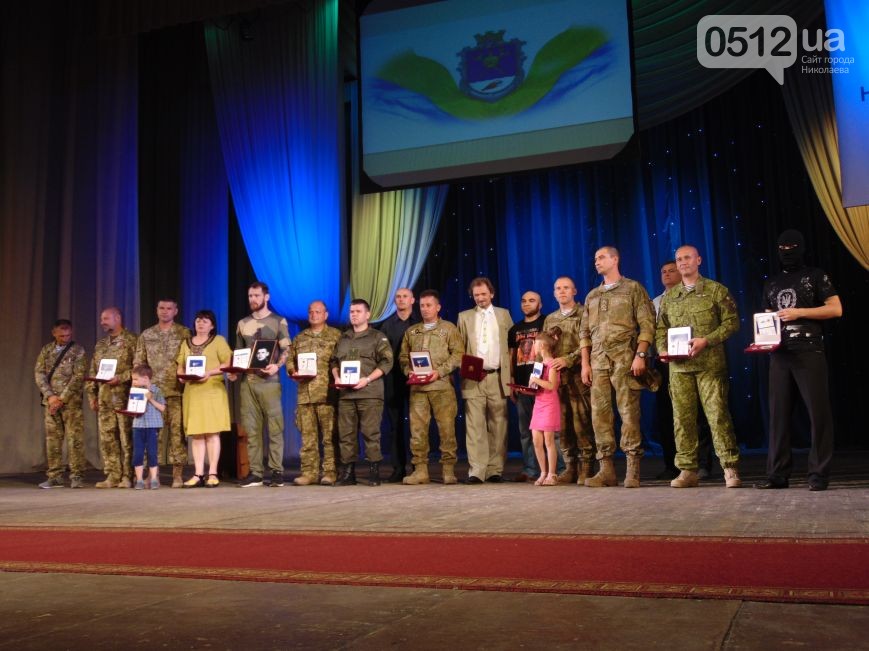 The award ceremony began with one minute silence for the fallen defenders of Ukraine. The ceremony atmosphere was formal and dignified. The first award went to Arthur Kashapov, a soldier of the 79th Brigade who defended the Donetsk airport of invaders, it was awarded posthumously. His comrades-in-arms paid a tribute to his mother for raising a true friend and hero. Another sad moment at this event was the posthumous rewarding of Andrey Balagin (call-sign Balagan), a soldier of the Azov regiment. Andrey was killed on August 4, 2015 near Mariinka. His story is notable, for Andrey was a citizen of Russia. He moved to Ukraine in 2011 due to his political views and grievances with the Russian state. In 2014 Andrey Balagin went to the front to defend his new homeland. Because of his Russian citizenship, he had not been rewarded before, but his colleagues from the Azov Regiment made every effort for their battle comrade to get his posthumous order.

Moments of sadness gave way to smiles and laughter when comrades-in-arms presenting awardees told memorable stories from their combat life.

A lot of soldiers were saying that they were fighting for their families and land, telling about their love of their culture and people boosting their morale and giving them courage. They said that as Ukraine was dragged in the tragedy of war, it made its people a unified cohesive nation, strong with its spirit of freedom.

Nearly everyone mentioned the importance of the volunteer movement in Ukraine, both at the front and in the rear. Behind the scenes, there is another army of people who daily pay a part of their time to fight for the freedom of Ukraine in their own way. Some conduct information warfare for hours peering into their screens and tapping out on the keyboard, some drive in their cars delivering aid for the soldiers in the front, some knit camouflage nets etc. etc. At the same time, they all contribute to the birth of a renewed, strong and free state of Ukraine. 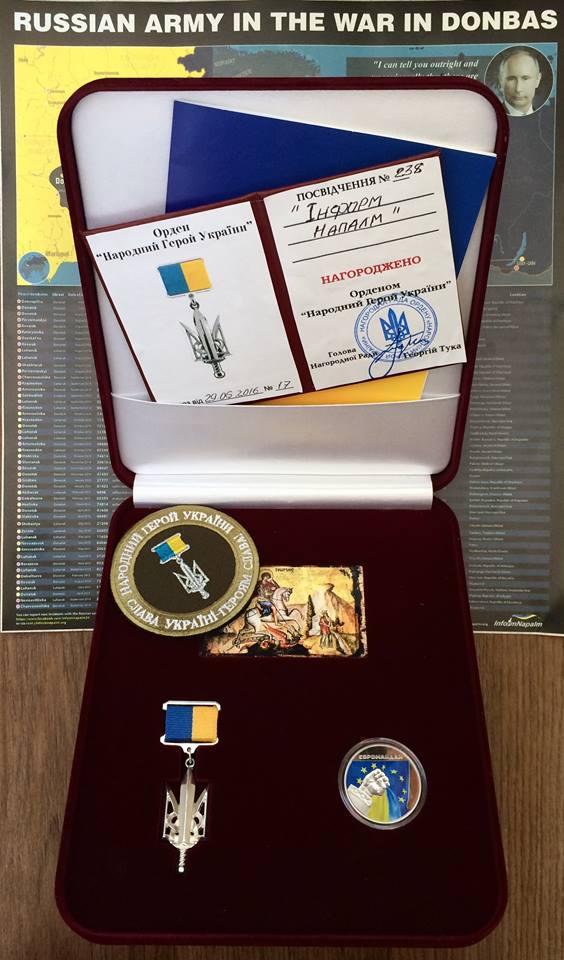 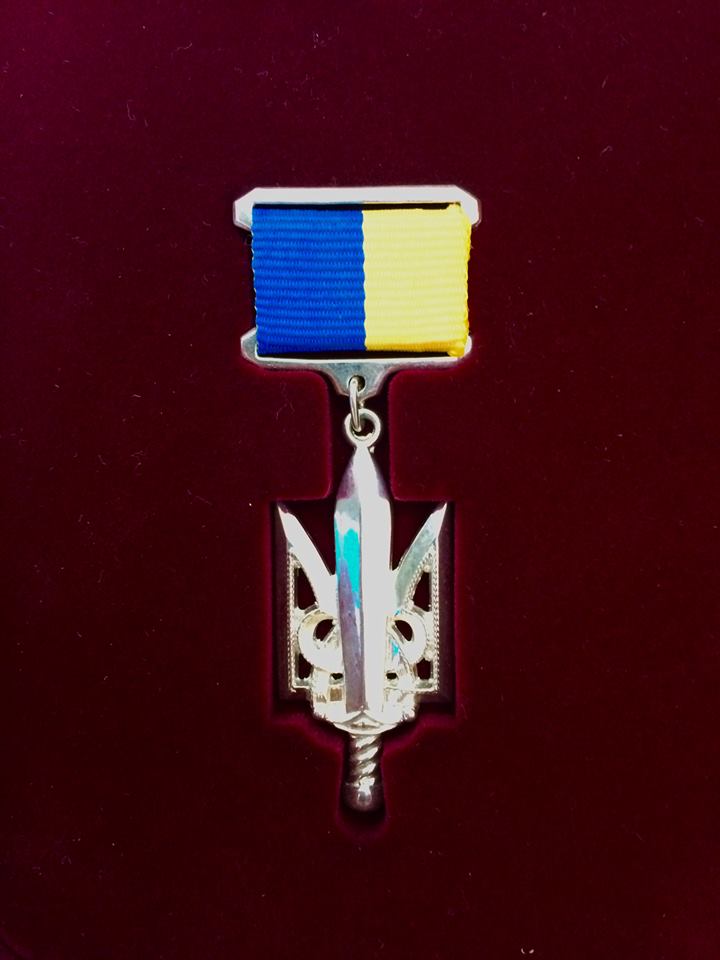 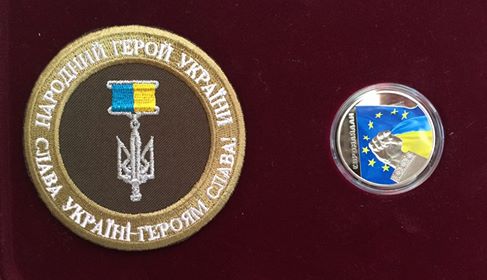 Alexander Nojnets the founder of the Petr & Mazepa site and Mihajlo Makaruk a representative of the Free People community presented our team. At the awards ceremony, the InformNapalm team was represented by two people. One of them is Vitalis Kowalski who has been a member of our OSINT group for more than a year. To receive the order, he arrived from occupied Luhansk. 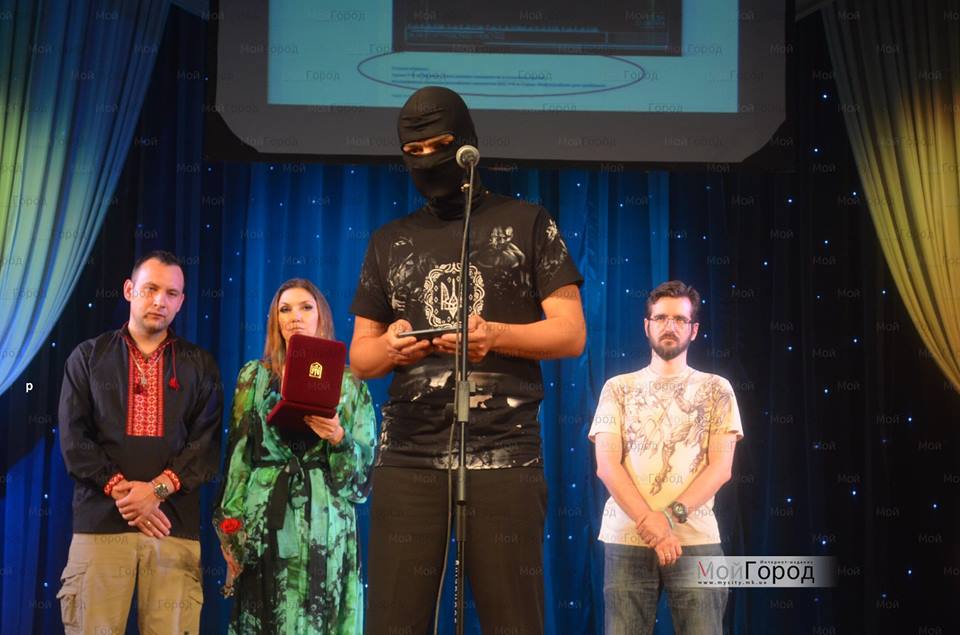 This order is the reward to our entire team, which has been fighting with the Russian hybrid aggression not only in Ukraine, but also in other countries of the world for more than two years.

Each of us has a life story leading to a stand-up against Russia, a starting point which brought every InformNapalm member to the team.

Everyone on the team does his or her best to convey the information to the global community as quickly as possible, as often important information is often concealed or hushed up.

Results of our work and the information published on the InformNapalm site reach a lot people, who monitor the actions of Russia, not only in Ukraine, but also in different countries of the world. So our experience, experience of the InformNapalm is priceless.

Congratulations to all members of the InformNapalm team with well-deserved award. Our team has been able to do the impossible in two and a half years. It is very important for us that this award comes from the people on Ukraine, so we got the order from those for whom we started our project.

We thank all our friends and readers for the support and trust! This is your reward too! Only together we can withstand and win!

We are very grateful to the people of Ukraine for the honor!
Glory to Ukraine!

P.S. InformNapalm Team would like also to expresses special thanks to Mihajlo Makaruk, Alexander Nojnets and Andrij Levus for the opportunity to attend the awards ceremony in Mykolaiv!

No Responses to “InformNapalm Awarded People’s Hero of Ukraine, the Highest Award from the Civil Society of Ukraine”