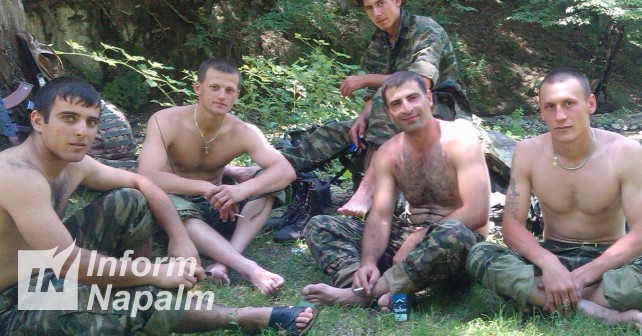 InformNapalm team continues to gather evidence of the Russian aggression against Ukraine. Our stories are supported by both indisputable photographic and video proofs and other data which directly or indirectly indicates the participation of the Russian armed forces in this undeclared war. Almost two years have passed since the start of the Russian military adventure which began with the annexation of Crimea followed by subsequent war conflict in Donbas. The other point is that the Russian servicemen used to unashamedly and pathosly pose in front of the Ukrainian border guards and road signs but with time it became far more harder to find this kind of pictures. But many occupants still can not keep from boasting of battle awards received in peacetime, so we register these facts and express our reasonable assumptions.

Sergei Medvedev, a contract soldier from the the 22nd special forces brigade is case in point. On the one hand he does not usually post compromising materials, on the other hand the Russian servicemen are still slow on foreseeing of consequences.

InformNapalm does not usually disclose personal information about relatives of the Russian servicemen. But in this case, his mother’s and sister’s bragging and excitement about the medal is plain to see. And they do not care about the actions Medvedev was awarded for. 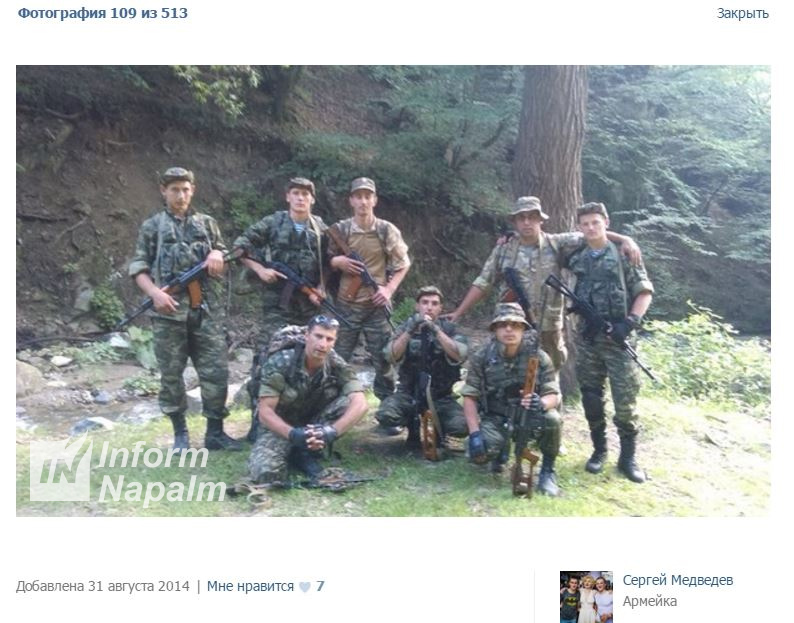 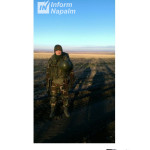 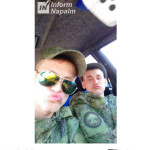 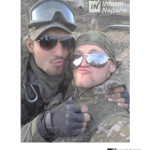 Medvedev’s photo album had a couple of slides of his war decorations. It is interesting that the medals were awarded in the end of 2014 and beginning of 2015 (which perfectly fits the period of massive medal give away, when the Russian servicemen were awarded for the summer-fall fights in Donbas and fights for Debaltseve in the end of winter of 2015). 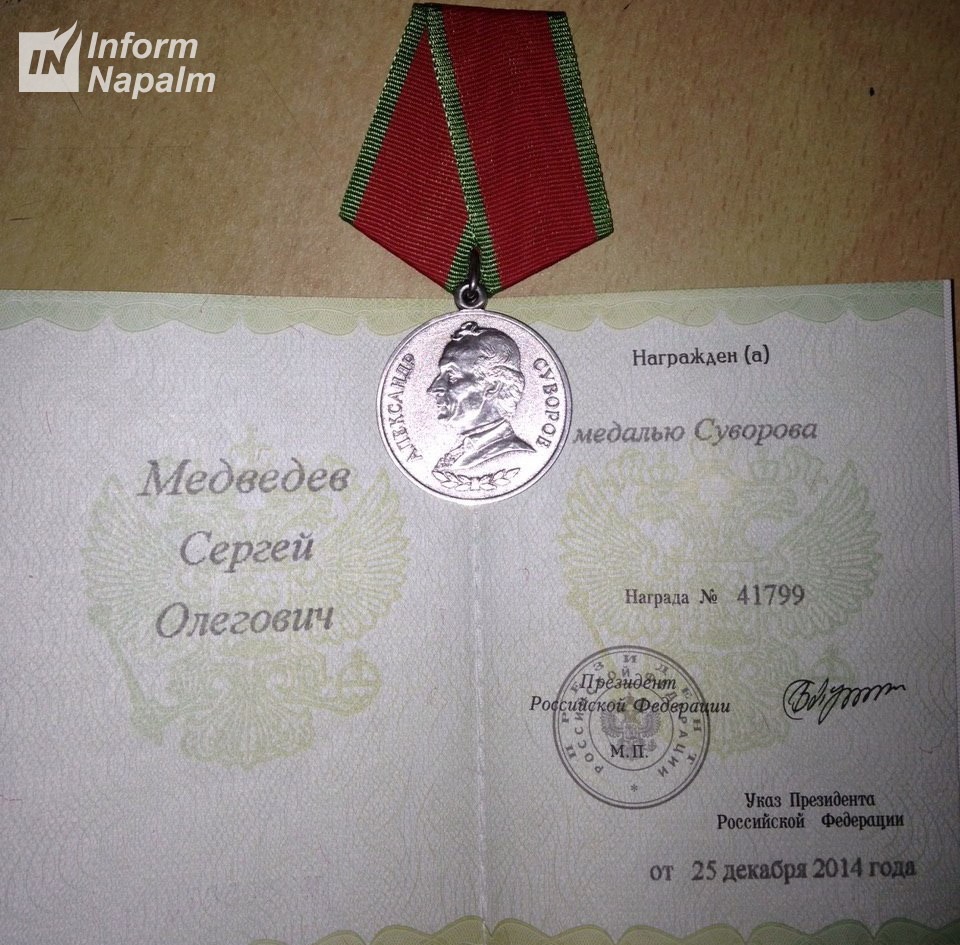 Note: This state war decoration was established in 1994. The ‘Suvorov’ medal is awarded to soldiers for bravery and personal courage in defending the Fatherland and national interests of Russia in combat operations on land, during combat duty and combat service on maneuvers and exercises, or while guarding the state border of the Russian Federation. 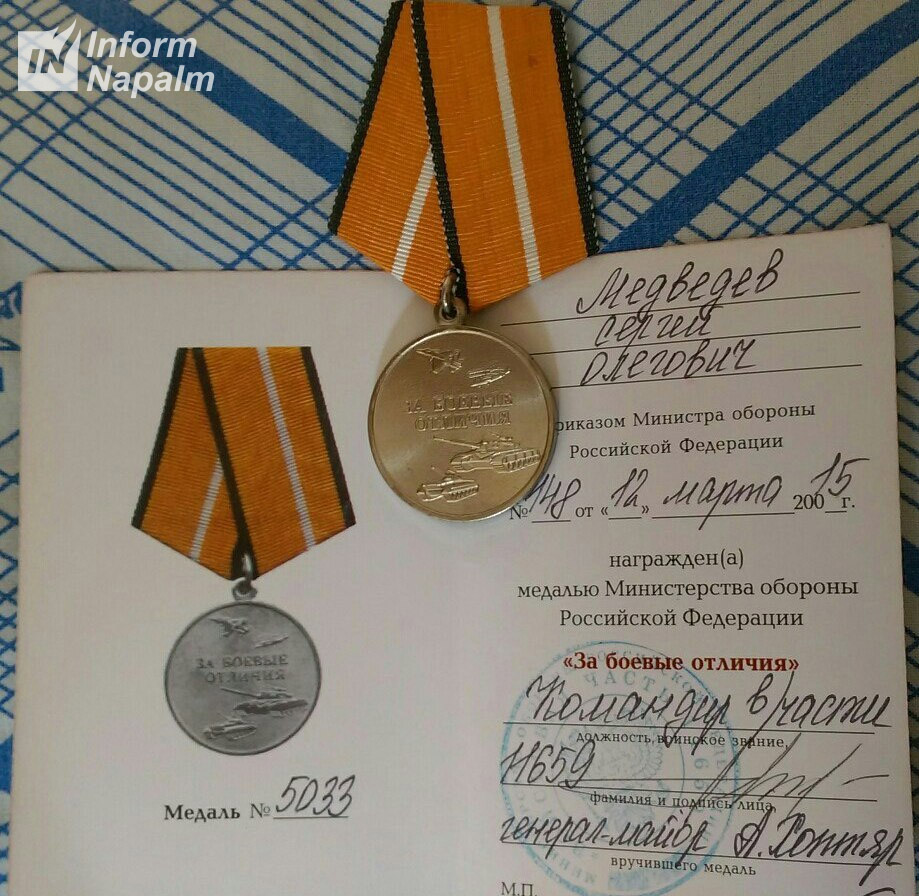 Note: It is a departmental medal of the Ministry of Defense of the Russian Federation established in 2003. Medal ‘For Distinction in Combat’ is awarded to servicemen of the Armed Forces of the Russian Federation for excellence, courage and selflessness shown during the fulfillment of tasks in combat and special operations in conditions involving a risk to life; for skillful, initiative and decisive actions, contributed to the successful accomplishment of combat missions; for the successful conduct of subordinates in combat missions.

Judging by the photos from his album, in late December of 2014 and early January of 2015 Medvedev, along with other servicemen of the Russian armed forces, visited South America: Cuba and Nicaragua. Most likely, the visit was of informative and compensatory nature and took place within the strengthening cooperation between Russia and Nicaragua, one of the few countries who recognized the ‘independence’ of Abkhazia and South Ossetia, the regions of Georgia occupied by Russia in 2008. 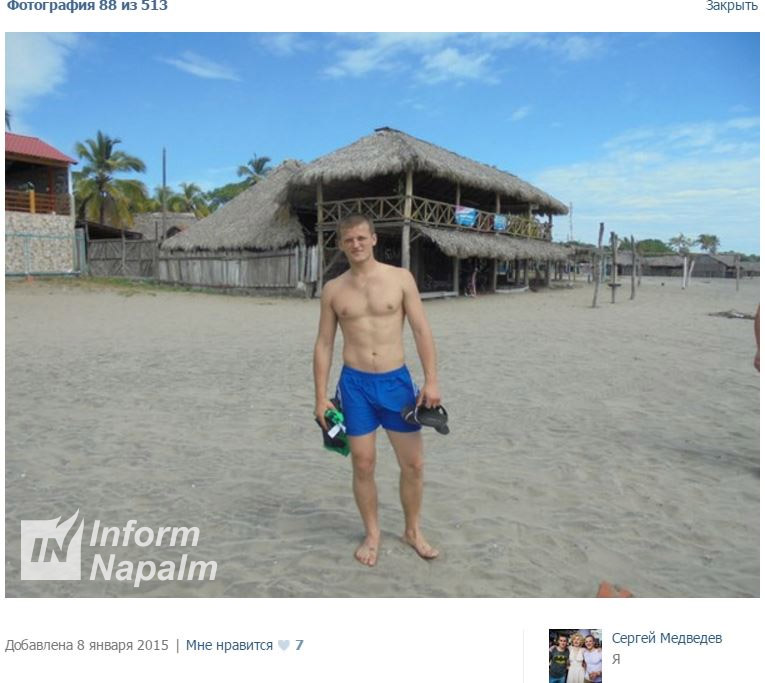 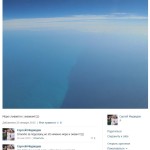 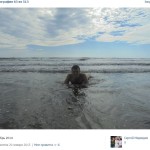 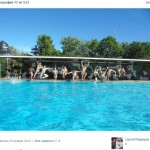 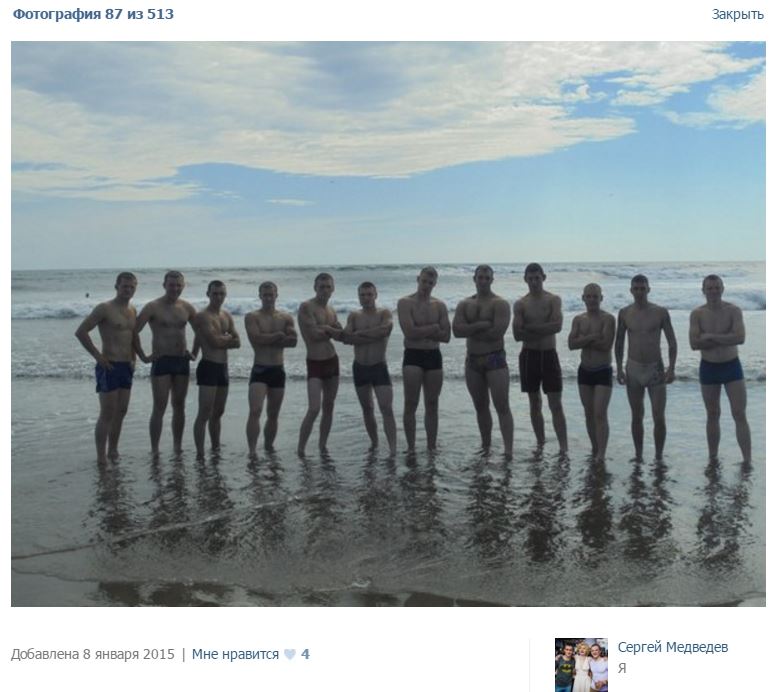 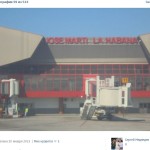 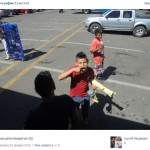 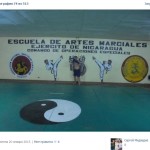 As you may recall, the 22nd brigade has already been mentioned in our previous articles, in the context of ‘Rostov-Ukraine assignments’. The most known case when the soldiers of this detachment were registered in Donbas was the described in the ‘Russian Servicemen of the 22nd Spetsnaz GRU Brigade Identified on a Combat Mission in Luhansk‘ story, where three Russian scouts posed in front of Luhansk’s sights.