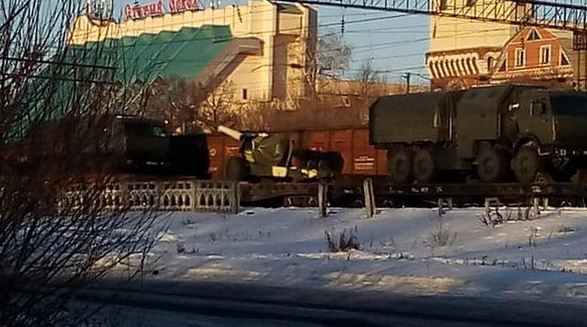 The news about deployment of Russian troops to the northeastern border of Ukraine is regularly supported by new evidence. The Russians are bringing significant numbers of their troops to the Ukrainian border (Belgorod Oblast and Voronezh Oblast) under the guise of so-called “planned” redeployment of 9th Separate Motor Rifle Brigade from Nizhny Novgorod to Boguchar. For some strange reason, the selected route brought the troops to Kantemirovka, situated right on the border with Luhansk Oblast.

On February 20, photos of Russian trains carrying military equipment and weapons were circulated on Twitter. The photos were geotagged with the coordinates in Stary Oskol, Belgorod Oblast.

Apparently, the Russians set up an insurance in advance, as the transport of large amounts of weapons and equipment is virtually impossible to hide, given the realities of modern digital technologies. To disguise this activity, the Russian military command, in cooperation with intelligence services, came up with a set of measures, which included planting the story of the “planned” relocation of the 9th Brigade in second-tier media outlets (eventually this story was removed from some of the web sites). Once the redeployment was underway, the trains carrying the 9th Brigade were quietly joined by other military units of the Western Military District moving to the Ukrainian border.

This is a similar pattern to the one we saw last year, when the Russian troops deployed on the border with Kharkov Oblast would repeatedly go on high alert and form convoys for the march, thus exerting psychological pressure on the Ukrainians on the other side of the border. 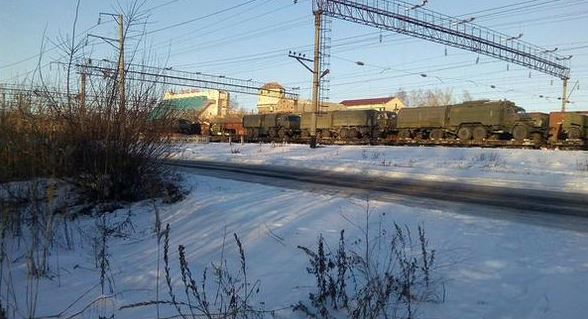 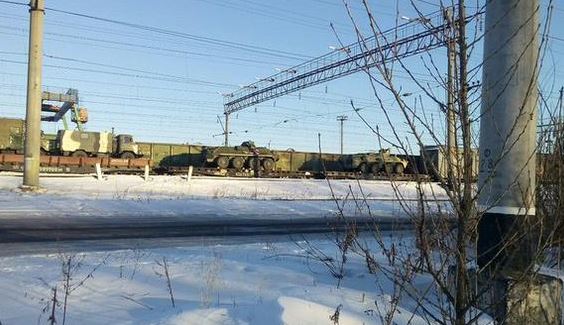 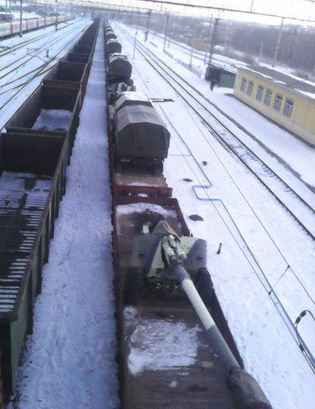 Here are links to sources of photos in Twitter:

We would like to thank our friend Roland Mikiani for the information on trains.

See Related Links:
– Additional information on concentration of troops on the northeastern border of Luhansk Oblast of Ukraine

– Russian tanks on the northern border of Luhansk Oblast

Russian Tanks at the Northern Border of Luhansk Oblast

(c) Information is prepared specifically for the InformNapalm web site, when copying and using the material a credit to the author and a link to our project is required.

One Response to “Kharkiv People’s Republic? Russian Trains with Weapons and Equipment Spotted in Belgorod Oblast”