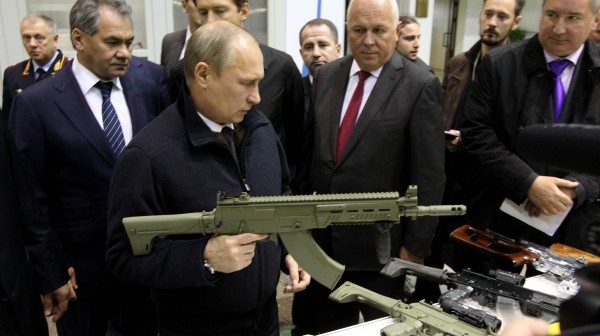 I am sick and tired of hearing about “militants” and Russian citizens allegedly “having the right to own and freely use guns”, having the ability to buy fully weaponized APCs, armored KAMAZ trucks, and other military gear “in army surplus stores”. This is such a cynical lie that it should be reviewed in detail.

Let’s start with the ordinary citizens of the Russian Federation. The possession and carrying of combat weapons is illegal for citizens of Russia, as well as participation in paramilitary formations not stipulated by the legislation of Russia.

The Federal Law On Defense of the Russian Federation

Article 9. Establishment and existence of formations that have military organization or weapons and military equipment which provide military service not stipulated by federal laws is prohibited and punishable by law (as restated by federal law No. 223-ФЗ dated 12.30.1999).

Then, there is the Criminal Code of the Russian Federation, article 208:

What about the manner that is not “contrary to the interests of the Russian Federation”? Then, one can shoot a rocket propelled grenade at a kindergarten?! For the Kremlin, it is only a matter of practicality, of the ability to terrorize uncooperative neighbors. The operations of Russian Interior Ministry troops in the border areas near Ukraine clearly illustrate this approach. There is a steady stream of armaments from Russia to Ukraine through the open border, but absolutely nothing can go the opposite way. No assault weapons (muzzle energy more than 300 KJ, option of automatic fire, magazines holding more than 10 rounds) are available for the citizens of Russia in its territory, and their use is limited to law enforcement agencies of Russia. The same goes for silencers so often seen in video footage of the events in Ukraine. The use or installation of these devices is illegal.

This attitude of the Russian state to the arms in the hands of its own citizens is rooted in the constant fear by the Russian government of its own citizens. The current government, realizing its criminal nature, is not willing to part with its power under any circumstances in order to avoid the deserved punishment. However, “unheard and repressed compatriots” abroad are allowed to sort things out with the government by taking up arms. The Kremlin fully justifies and encourages it.

A competent and efficient army poses a threat to the Kremlin, too. Therefore, the Russian army does not own its weapons.

Article 12. Assets of the armed forces of the Russian Federation, other troops, military formations and institutions are federal property and remain in their [armed forces] possession for economic use or operational management.” (The Federal Law “On Defense”)

The army gets weapons from the federal government and uses it not to protect the people but to meet the needs of its government. So, instead of full-fledged military units, paratroopers and other special forces of all kinds thrive in the Russian army. It is also the legacy of Soviet traditions. Regular units are easily filled with untrained personnel that can be used as cannon fodder and brought for slaughter. Troops of the special forces, though not capable of performing tasks to protect the territorial integrity of the Russian state, can perform terrorist activity and destabilize the situation not only behind enemy lines, but also in the territory of sovereign states that have been targeted by the Kremlin. The main quality of fighters in such units is not the desire to defend their land but the personal devotion to leaders and the willingness to carry out any orders. Only these units are provided with state-of-the-art (as much as it can be applied to the Russian arms manufacturing) weapons. Only these soldiers get the best training. In case of unrest, it is they who will become the shield to protect the Kremlin from the people. Though now, these “experts” have found a relatively new purpose in the Donbas war zone. It seems that they are used as anti-retreat detachments. This approach once again confirms the commitment of the government of Russia to the old misanthropic traditions of the Soviet Union.

So, the mentally unbalanced Russians are allowed to fight in Ukraine. But how do they get weapons being in the territory of another state? Not as separatists! Let’s look at the Procedure on Transfer of Military Small Arms and Their Ammunition, adopted in Russia, to understand that this way not a single piece can land in the hands of “militia”. As civilians, they are not allowed to get into the building of the Defense Ministry, much less to get an approved order and arrange a shipment of weapons to Ukraine (see Appendix). There is only one option: the weapons are transferred not to separatists but to the Russian troops providing guidance, coordination, and conducting major combat operations (see: the Federal Law “On Weapons”). Everything else is just a ritual dance performed by dumb trash tightly controlled by Russian military.

Now, when all control of the operation of the territorial partition of Ukraine is concentrated in the hands of the Russian military, let’s review the supply chain. As we already know, military equipment comes to Ukraine from almost all regions of Russia through the Southern Military District. When transporting military equipment from one military district to another, planning and management of such transports are handled by districts’ and armed forces’ headquarters (see the Procedure on Use of Vehicles in the Armed Forces of The Russian Federation in Peace Time). So, no overzealous commander of any military unit may transfer at his own discretion a tank or even a rifle to “the defenders of Donbas”. No truck leaves the premises of a military base “to help militia” without an approval of the highest ranking commander.

Now, if all the weapons are to be accountable, how do they manage to hide their absence in the Russian armed forces? The simplest way is to supply the army of “Novorossia” with the weapons ready for destruction or those allegedly already destroyed. For reference: in Russia in 2012, there were 16 million of Kalashnikov rifles designated for destruction, namely AKM and AK-74 models, the ones most popular among the separatist fighters. All these weapons, according to Russian law are not subject to control shooting for the purpose of ballistic testing. Thus, the ballistic examination of these guns to identify them and to establish their Russian origin becomes impossible. How many arms and ammunition from the emergency reserve has disappeared from the warehouses of the Russian Defense Ministry? Regularly occurring explosions at storage facilities of the Russian army from 2002 to 2012 (15 instances!) suggest that the Kremlin has enough weapons to handle wars in all the former republics of the USSR at the same time.

An army of any state, unless it is preparing a coup, acts at the will of the political leadership.

As we can see, the Russian army has been mobilized and actively participates in the aggression against a neighboring country. The Kremlin, through its diplomats and advocates, tries its best to hide these crimes from the eyes of international public opinion, disseminating myths about “militia” and “volunteers”. Though, it’s not that difficult to determine the origin and the supply sources of “the rebels”, who control the largest metropolitan area of Ukraine, shoot at a civilian aircraft at the altitude of 10 km, and deploy 700 tanks. The cynicism of the Russian government denying its role in the conflict is outrageous.

The Procedure for the Transfer of Military Small Arms and Other Weapons, Ammunition for Them, and Knives from the Reserves of the Ministry of Defense of the Russian Federation

Based on the approved List and on the decision of the Minister of Defense of the Russian Federation on the transfer of weapons to GRAU MOD, an Order (Form 200) is issued in at least four copies.

The transfer of arms based on the issued order is performed directly at the storage sites (stockpiles, weapons depots, bases) with 100% counting and checking the individual numbers of the weapons to compile a list of the transferred arms.

A special commission with representatives of the military unit, the sender, and the recipient organization (by agreement) is created.

The staff of the commission and the order of its work are approved by the order of the head of the arsenal (base, weapon warehouse).

Shipment of the counted weapons is performed by a representative of the recipient organization with a power of attorney to receive weapons, on special transport with armed security personnel to ensure the safety of weapons in transit.

The sender unit sends the executed Order and the approved Act of transfer to:

Writing the transferred weapons off the record books of the military unit, the sender, is done on the basis of the approved Act of transfer.

The Deputy Minister of Defense of the Russian Federation

No Responses to “Lawlessness for Export”