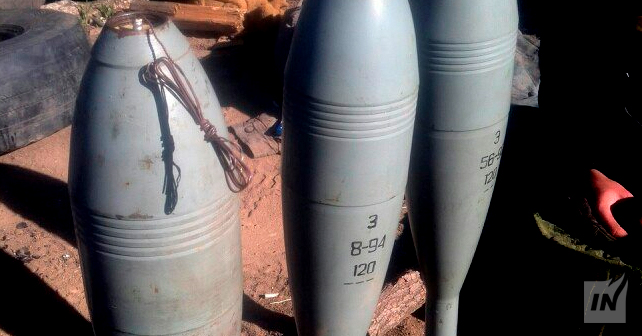 The G20 Summit in Hamburg started on July 7, 2017, where Putin and Trump have met in person for the first time. Putin needed any kind of excuses, even fake ones, to use in the talks about Russia’s involvement in Ukraine. The theme of the “protection of the Russian-speaking population” has been used by Moscow from the very beginning of the occupation of Crimea and the fighting in the Donbas. However, Russia uses not only informational, but also military provocations. On July 7, in the afternoon, two explosions were reported in the center of occupied Luhansk. In the blasts, one person was killed and several were injured. Local occupation authorities blamed a “Ukrainian sabotage group” for  carrying out the explosions.  Earlier, on July 4, Russian media tried to unleash a number of information operations on “prevention of terrorist attacks” in the LPR and DPR, including a fake news about the capture of a Ukrainian major from the 128th Separate Mountain Infantry Brigade with “secret plans” of attacks written in a bad Ukrainian language with numerous Russisms in the text.

It is common for the Kremlin to instigate provocations, including using explosives, with the purpose to accuse Ukraine of violations of the Minsk agreements, “terrorism” and “killing of the civilian population”.

On July 6, Mikhail Kuznetsov, a volunteer of InformNapalm international intelligence community, found a photo evidence that Russian terrorists make improvised explosive devices using 120 mm OF-843A high-explosive fragmentation mortar rounds made in Russia in 1994. The photos were found on the VK account of a militant Dmitry Vaschenko (archive) who serves in the so-called 4th Motorized Rifle Brigade of the 2nd Army Corps of the LPR. Local civilians get hurt by these rounds. Russian militants use these bombs to create propaganda stories about fake Ukrainian terrorist groups to blame the Ukrainian side for terrorist attacks. 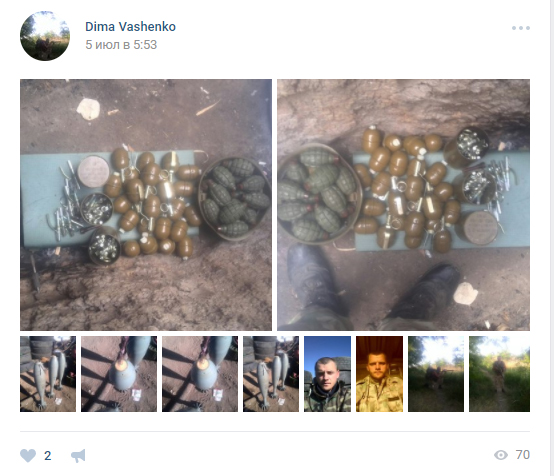 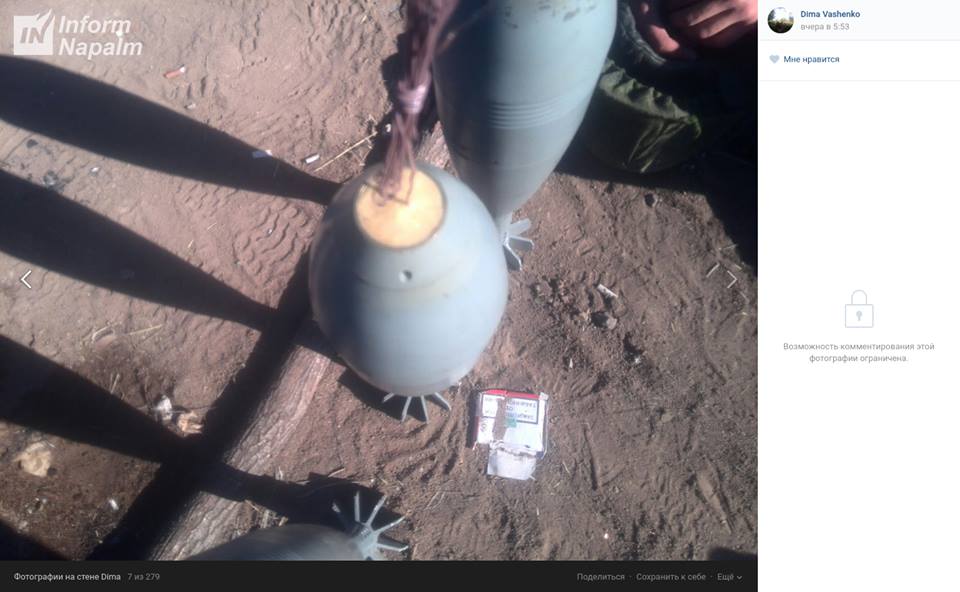 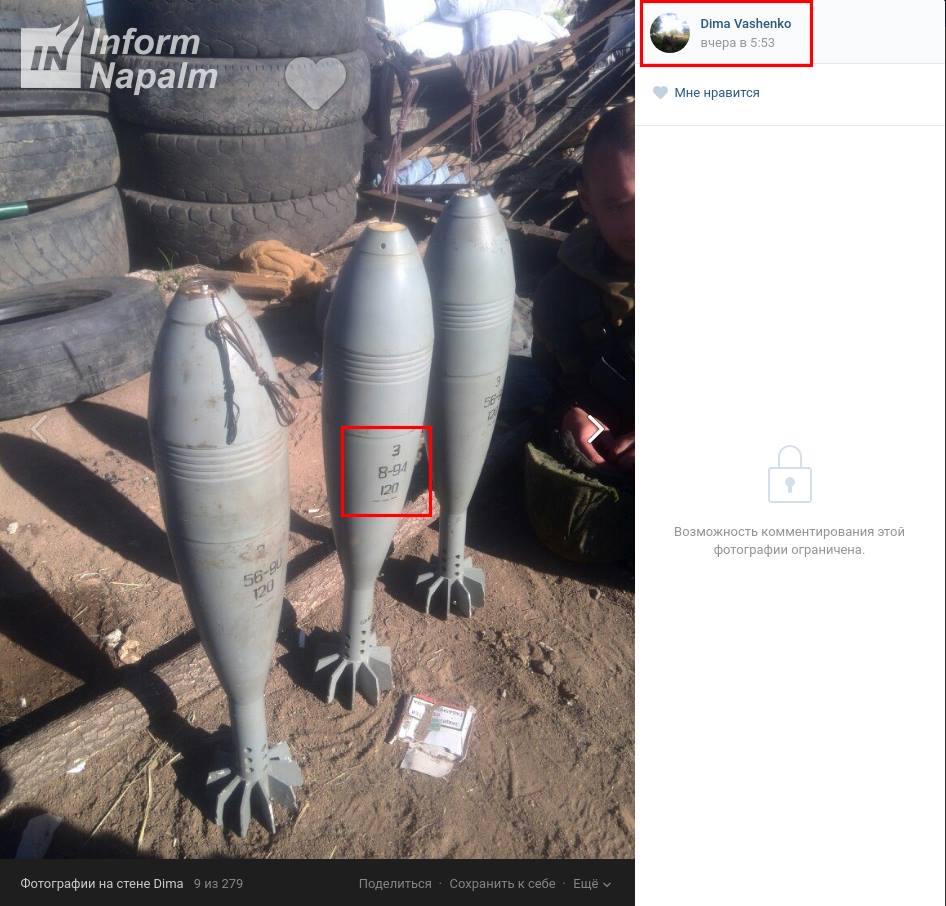 On June 24, 2017, at the village of Zholobok in Luhansk Oblast, Ukrainian servicemen from the 93rd Separate Mechanized Brigade eliminated a terrorist sabotage group from the 4th Motorized Rifle Brigade of the LPR and captured Victor Ageev, a Russian serviceman from the Russian 22nd Spetsnaz Brigade GRU who was in that group.