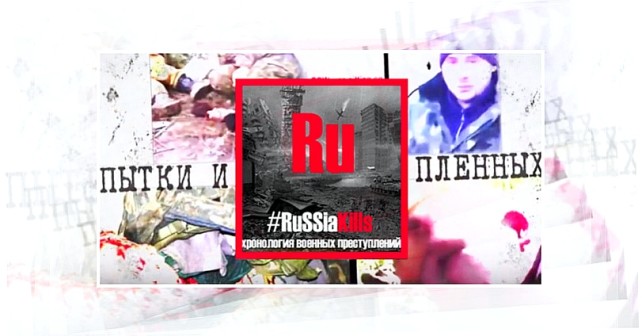 #RussiaKills is an online project [18+] which was started in mid-March 2016. The international volunteer community InformNapalm has taken an active part in the creation of the resource that focuses on Russia’s war crimes in Ukraine, Chechnya, Georgia and Syria.

Today, the project is available in English, Ukrainian and Russian. One chapter is devoted to the topic MH17, developed by InformNapalm’s OSINT-experts. The content and its relevance has attracted the attention of many bloggers and journalists. In addition, the announcement of the resource’s launch has become the headlines among domestic and foreign mass media. The Main Directorate of the Ukrainian Security Services has also announced the launch of this volunteer project.

According to the political consultant Denis Bogush, the use of «shocking material» in the creation of the website is a positive trend, which can act as shock therapy and pull the world out of the Russian propaganda grip.

The Ukrainian radio station «Vesti» has discussed the #RussiaKills project with its audience, whose perception of the resource is shown in the footage [18+] below.

CC BY 4.0 – Original article translated by Stepan Grishin. Upon reuse of the material, an active link to the author and our project is desirable.