Russian officials’ reactions to the terrorist attacks in Brussels 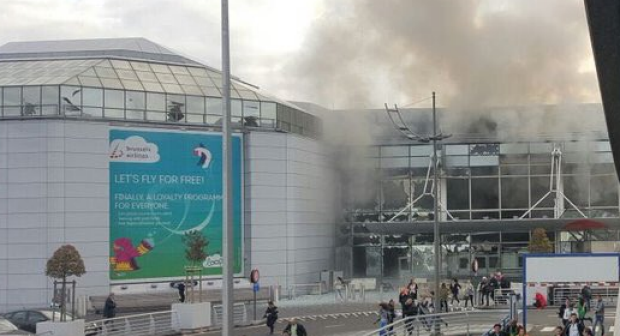 In some strange way, the density of many recent events have gone off the scale. For example, the terrorist attacks in Brussels, or the plane crash in Russia. It may be related to the case concerns the Ukrainian pilot Nadia Savchenko, who will soon get her verdict in the Russian town of Donetsk, Rostov Oblast.

The imposition of the sentence in this case was scheduled to this week, but the night between 18th and 19th of March a Boeing 737-800 crashed at the airport of Rostov-on-Don. The number of theories that have appeared on Internet due to this event are many. There are a lot of mismatches about the crash and bloggers together with experts point out that the crash might have been concocted, or might have happened in a different place and that a part of small fragments was deliberately brought to Rostov.

The Russian Accident Investigation Board has reported that it had collected 780 kg of residues during the past 48 hours. Large fragments and engines were never found. The plane was made of titanium and weighed 20 tons. 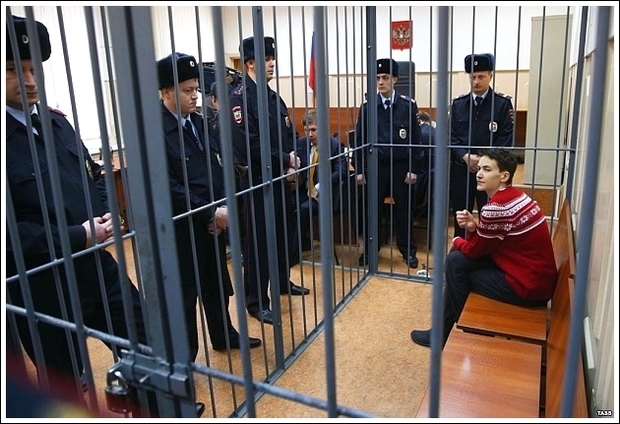 «Because of the crash Rostov airport closed down, which meant that media and lawyers were not able to come to the trial» Mark Feygin, Savchenko’s attorney said. The sentencing in Savchenko’s case is scheduled to the 22th of March 2016. This kangaroo court, which is headed by the Russian authorities has drawn the attention of, not only the Ukrainian society but also the entire world. Many European and American top officials have demanded that Russia releases Savchenko, since the process is purely political, and that she has international immunity as Ukrainian member of the parliamentary Assembly of the Council of Europe.

What do we have now? On the 22th of March, horrific terrorist attacks hit the capital of EU, with bomb attacks at Brussels airport and some subway stations. «Coincidence? I do not think so». That is what Russia’s main propagandist Dmitriy Kiselyov would have answered to this question. But the most notable has been the high-ranking Russian officials’ reactions to Brussels attacks. 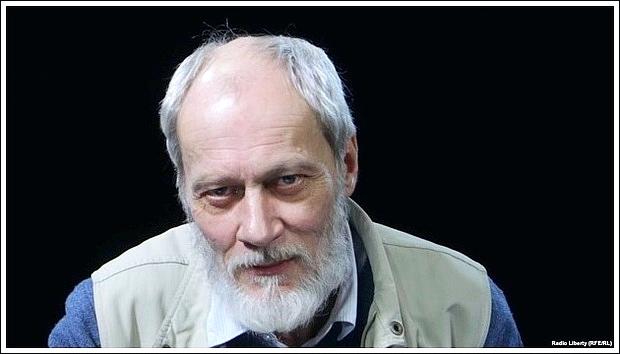 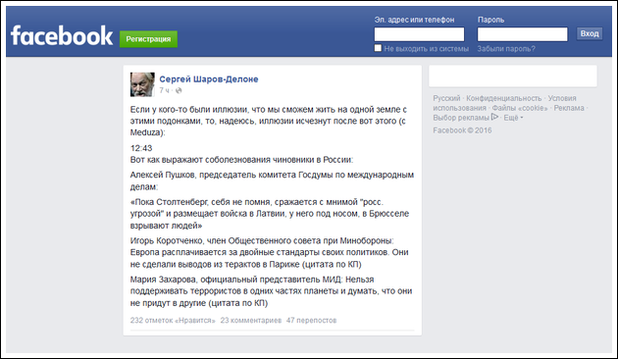 Sergei Sharov-Delone, historian and researcher, active member of the «6th of May Committee», member of the working group for public inquiry into the events on Bolotnaya Square in Moscow, wrote on his Facebook page: «If someone had the illusion that we can live on same space with these scum, I hope that the illusion is gone after this» [Meduza News].

Igor Korotchenko, member of the Russian Defense Ministry’s Public Council: «Europe is paying the price for their politicians’ double standards that are not drawn conclusions from the terrorist attacks in Paris» [Komsomolskaya Pravda]. 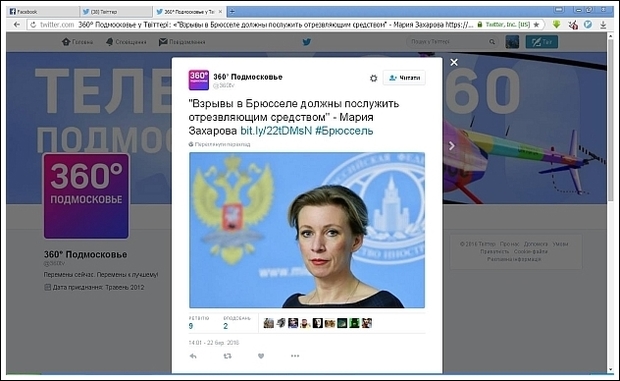 Maria Zakharova, the Russian Foreign Ministry’s official representative: «We cannot support terrorists in some parts of the world and then think that they do not move over to other areas» [Komsomolskaya Pravda].

To rub salt on open wounds

The above quotes give a clear understanding that terror has its own political purposes. In our century, terrorism is not just some marginal operations, but an activity in the field of an aggressor’s self-interest. As for the domestic public, apart from the disturbing and frightening effects the terror attacks may have, they may also have a dampening effect on further enlargement of «import substitution sanctions» for Russian citizens.

The press office of the Russian Union of Travel industry reacted immediately to the attacks: «After the terrorist attacks in Brussels, Russian citizens may cancel their planned trips to Europe. There is no obstacle against such a scenario» the press secretary Irina Turina said, according to Russian media.

The Kremlin leadership may soon choose to completely pull down the «Iron Curtain» of the Cold War era to separate Russia from the civilized world.

CC BY 4.0 – Original article written by Roman Burko, translated by Stepan Grishin. Upon reuse of the material, an active link to the author and our project is desirable.