Militants are Training in Crossing Rivers 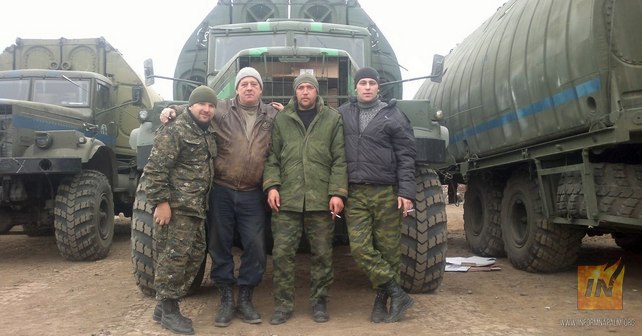 What are Russian occupation forces preparing?

Dmitry Tymchuk, the coordinator of the Information Resistance group   repeatedly reported on his Facebook page about the Luhansk Peoples’ Republic (LPR) terrorists drilling an offensive on Ukrainian Forces involving an assault water crossing. One of these posts was published on June 17, 2016: Two “motorized rifle brigades” of the “2nd LNR Army Corps” vigorously practice an offensive involving an assult crossing operation.

While monitoring militant activity on social networks, InformNapalm volunteers found evidence of these drills. Pro-Russian terrorists posted these photos of the Russian occupation forces “training exercises” in water crossing on social networks in July, 2016 (on different days by different persons).

OSCE Special Monitoring Mission (SMM) to Ukraine wrote in the report based on information received as of 19:30, July 4, 2016: “At a training site in “LPR”-controlled Uspenka, the SMM observed near a lake four to five pontoon trucks loaded with pontoons, two military cranes used as assembly kit for pontoons and ten IFVs (BMP). The SMM assessed the situation as preparation for a pontoon bridge crossing exercise“.

Background information: For reference: Assault Amphibious Vehicle PTS-2 is used for crossing of large water obstacles (rivers, lakes, sea gulfs and estuaries) by army personnel, vehicles, artillery pieces and other military equipment. PMP Floating Bridge is a mobile pontoon system designed by the Soviet Union to construct floating bridges across water obstacles. Sections of the floating bridge can be used as ferries for transporting personnel and equipment over water obstacles.

Social media accounts of the terrorists provided InformNapalm with a wealth of photo evidence. 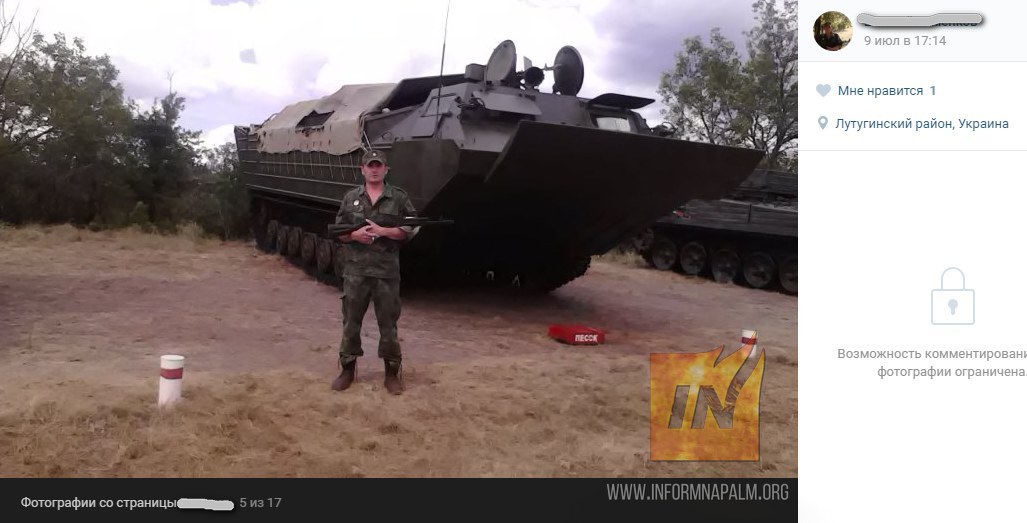 On this photo, behind a gunman, there are three KrAZ-255 PMP carriers (marked with green arrows). A red arrow marks an unidentified piece of military equipment (please write to us in the comments if you are able to identify it). 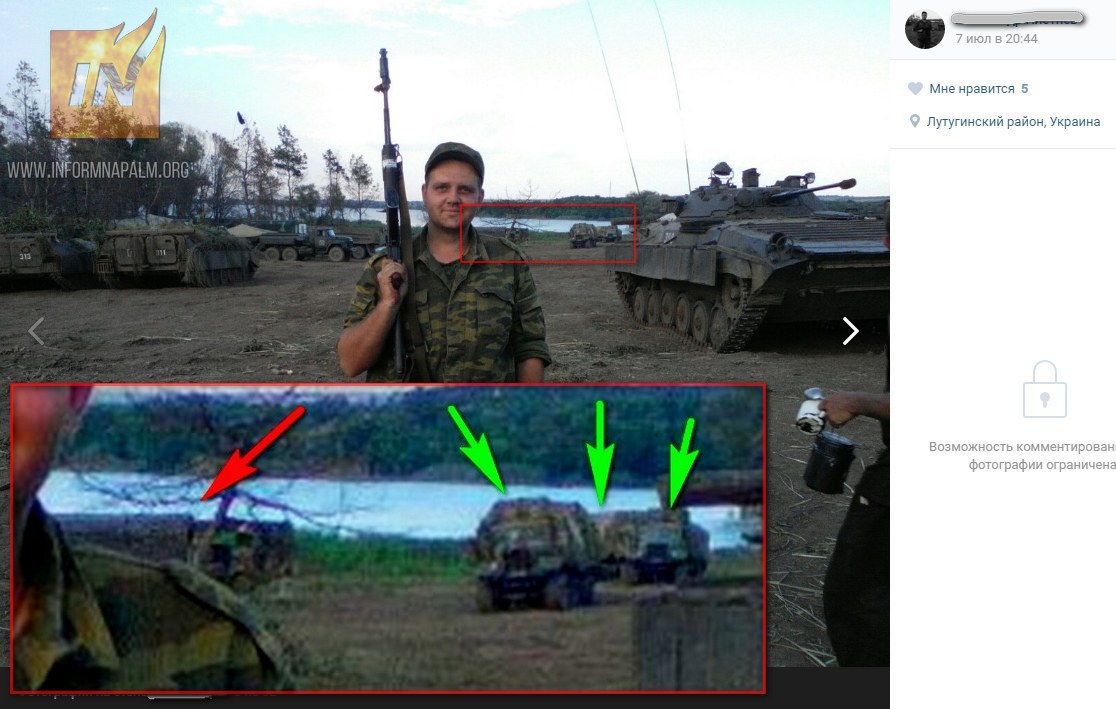 It should be noted, that other Russian terrorists took photos with the same KrAZ-255 pontoon carriers in November, 2014. The photo below shows vehicles from Luhansk, allegedly “lost” by Ukrainian army in 2014. Unfortunately the exact shooting location is unknown. The quality of new photos is not good enough to compare the equipment for an exact match.

Other photos from the pages of the terrorists for the same period: 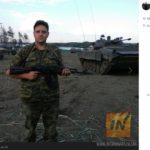 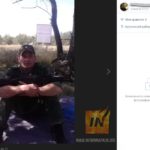 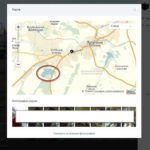 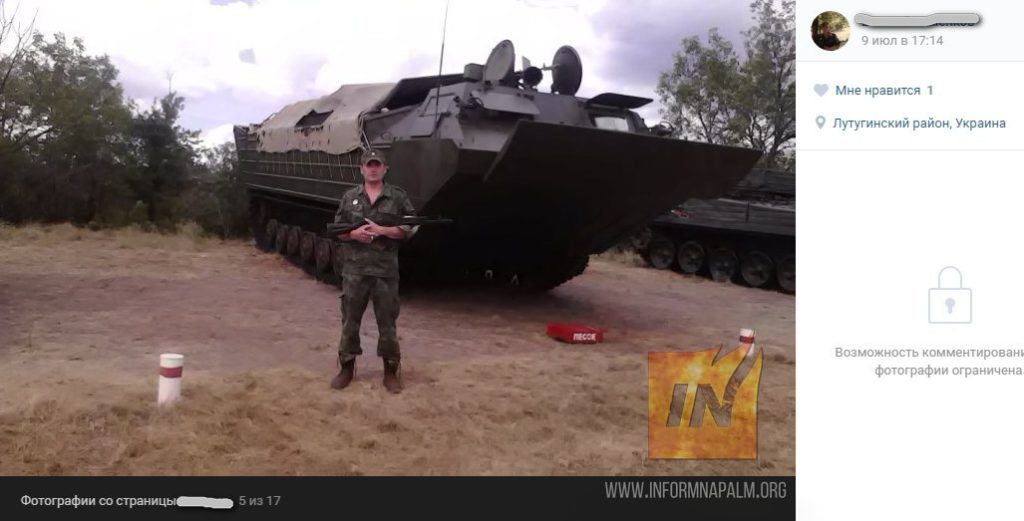 Photos above suggest that there is a permanent field training center of the Russian terrorist forces in this square.

Here are visual examples of this equipment in action. 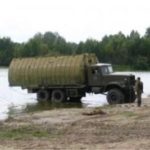 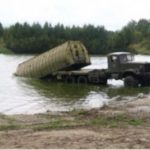 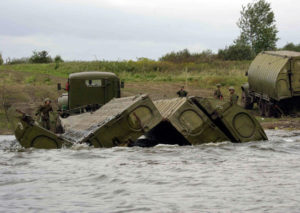 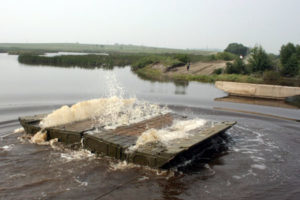 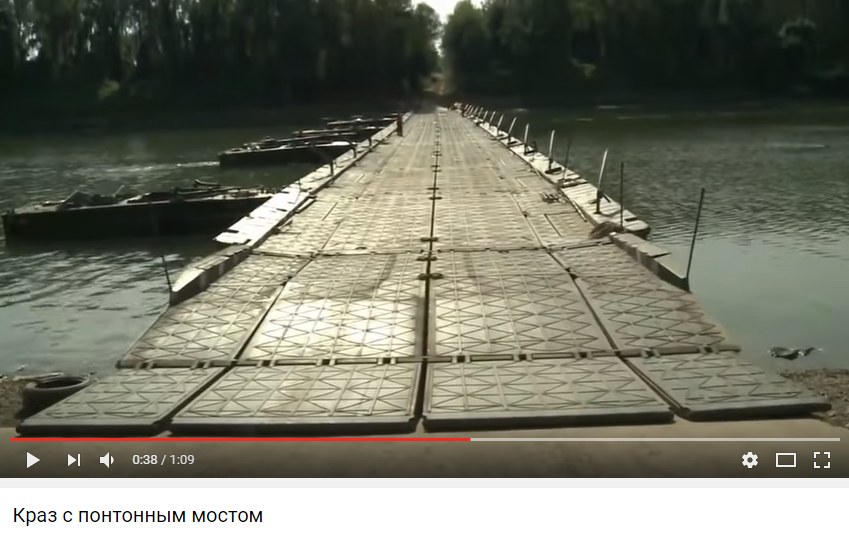 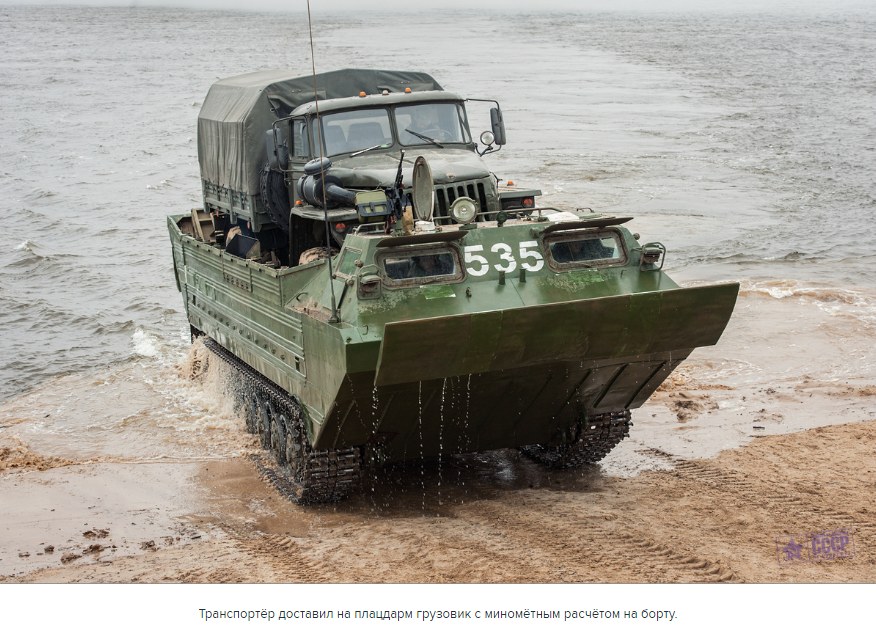 Gradual increase of the fire density on Ukrainian positions by the Russian terrorist forces together with practicing of the water obstacle crossing point to the aggressive plans of Russia for further escalation of the conflict in the East of Ukraine. Will Russian terrorists risk an assault crossing of Siversky Donets river and other water obstacles in the way of further creeping occupation? Or is it just an imitation of activity to slow morale deterioration of the personnel? Time will show. However, due attention should be paid to these facts to ensure that Ukrainian forces have the right equipment to foil the aggressor’s plans at any time.

This publication was prepared by Vidal Sorokin, a volunteer of the InformNapalm international community.

One Response to “Militants are Training in Crossing Rivers”