Valuyki as a Special Operations Base: Evidence of Preparation for Invasion 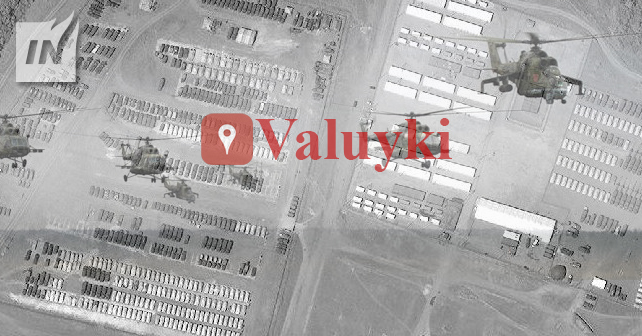 The Russian military base in Valuyki could be used to resume the offensive in the north of Luhansk Oblast. This can be concluded based on certain aspects of the recently completed training of the pilots of the 549th Airbase of the Russian Air Forces partly located in Valuyki. 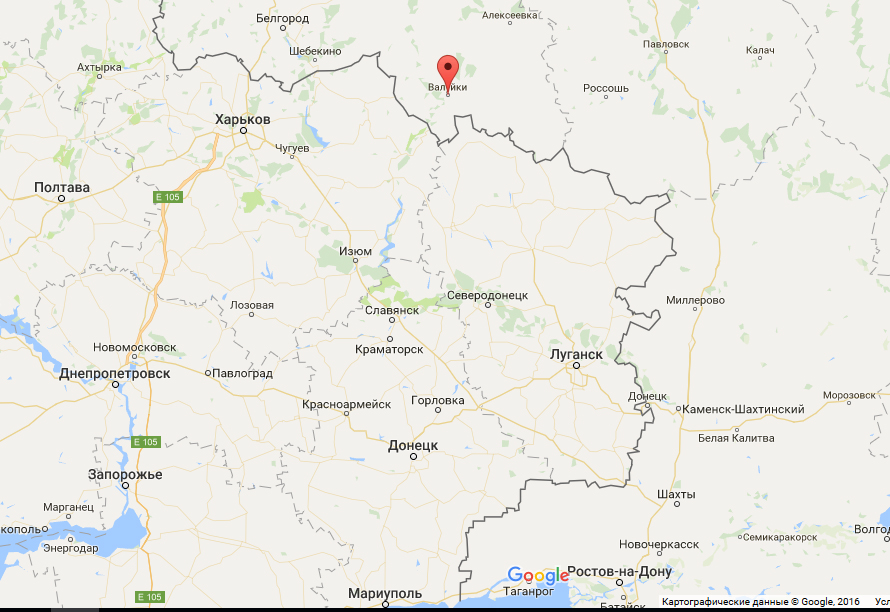 On June 28, 2016, the Russian Ministry of Defense reported that the pilots of the military airbases of the Western Military District in Leningrad Oblast and Smolensk Oblast doubled the number of nighttime flights with the use of “GEO-ONV1-01″ night vision goggles and FLIR (forward looking infrared) pods. Mi-8, Mi-24, and Mi-26 helicopters performed low altitude flights with fully disabled lighting devices and external identification signals.

The training was focused on the issues of terrain recognition and maneuvering, space orientation, as well as the identification from the air of unprepared landing sites for helicopters.

Despite the fact that the Russian Defense Ministry did not indicate specific units undergoing this training, their bases and aircraft types, the available information allowed us to identify them. We conclude that Russian Air Force personnel from the 378th Airbase based at the Dvoevka Airport near Vyazma and 549th Airbase based at the Pushkin or Pribylovo airfields in Leningrad Oblast participated in the training.

Initially we concluded that the locations of the bases and the characteristics of the terrain indicated the preparations to operations in the territory of one of the Baltic countries. However, after we identified a detachment of the 549th Airbase in Valuyki, we consider it likely that the pilots were preparing to carry out operations specifically in Ukrainian territory.

The list of tasks performed during the training, as reported by the Russian Defense Ministry, provides evidence of Air Force special operations training (group infiltration and ex-filtration). In 2012 the units of the 378th Airbase practiced special forces airdrops.

Although night piloting was practiced in Central Military District too, the tasks set during training were different.

The deliveries of the “GEO-ONV1-01” night vision goggles to the Russian Air Force started as recently as 2015. Their main purpose is to improve the nighttime capabilities of Russian military helicopters, primarily the Mi-8AMTSh-V “Terminator” type.

The following aircraft are assigned to the former unit:

The following aircraft are assigned to the latter unit:

The helicopters of this type haven’t yet been observed at the airbase in Valuyki, however, taking into account the deployment of two aircraft of this type from the Central Military District to Crimea, 4 thousand kilometers away, to participate in the competition “Aviadarts-2016”, it is likely that the air force group in Valuyki could increase due to the transfer of helicopters from other regions of Russia. Even if this does not happen, it’s important to note that the GEO-ONV1-01 goggles have been modified by the manufacturer for use on other types of helicopters.

The deployment of a detachment of the 549th Airbase to Valuyki is an important signal in the situation where the top military-political leadership of the Russian Federation believes northwest to be the likely direction of the NATO threat. The involvement of helicopters to meet short-term objectives (emergencies, participation in events, etc.) is usually carried out by the forces of the Central Military District. This sends the strong signal that the aircraft positioned at Valuyki are included in the potential special operations plans.

The base in the town of Valuyki is located 17 km from the nearest point of the Ukrainian border and 30 km from the Ukrainian border in the direction of the city of Kharkiv. However, it is unlikely that the Russian command would be considering such operations in that area. The most likely targets for special operations would be in the north of Luhansk Oblast in the areas of Svatove, Severodonetsk, Lysychansk, or Starobilsk, and these operations would involve Russian Special Operations Forces. The goal could be the capture of one of the cities and the encirclement of the local Ukrainian units.

In June 2015 the American private intelligence and analytical company Stratfor also predicted the possible offensive of the fighters of “DPR” and “LPR” towards the cities of Slovyansk and Severodonetsk. 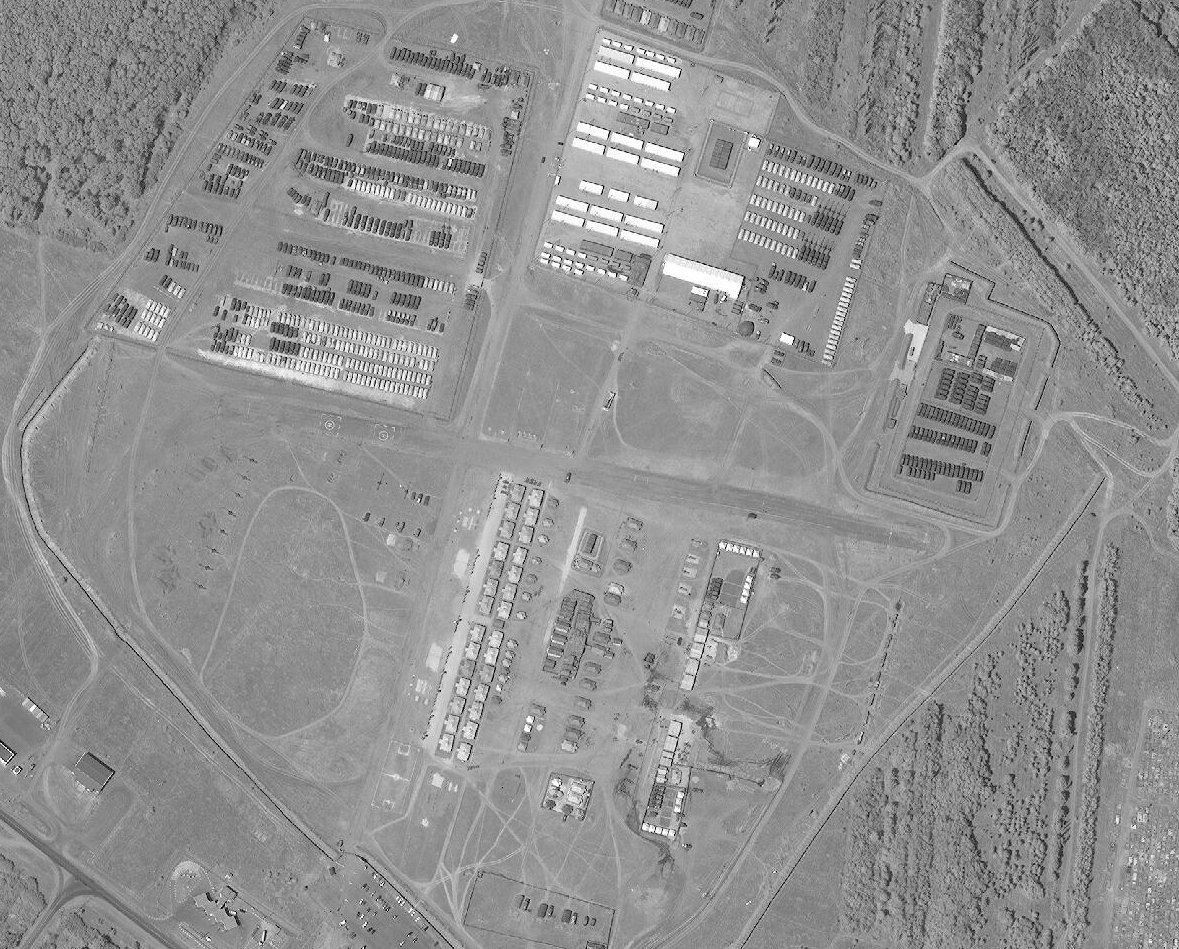 Russian military base in Valuyki. Satellite image from the second half of July 2016

After the previous investigations by InformNapalm about the military base in Valuyki, our anonymous readers provided us with a higher quality satellite image of the base taken in the second half of July 2016.

As estimated by the volunteers of InformNapalm, natural water obstacles and fortified positions of the Ukrainian military are creating significant challenges for the advance of combined Russian-terrorist forces to the north of Lugansk Oblast. That is why the accelerated expansion of the military base in Valuyki and the nature of the preparations could reflect the desire of the enemy to use it as a springboard for tactical maneuvers for access to the rear of the Ukrainian forces with the simultaneous crossing of the water barriers from the territories controlled by Russian militants using pontoons. These activities could take the form of a covert air drop, when the fact of the Russian invasion would not be publicly acknowledged. This can be the reason for practicing low altitude night flights.

2 Responses to “Valuyki as a Special Operations Base: Evidence of Preparation for Invasion”