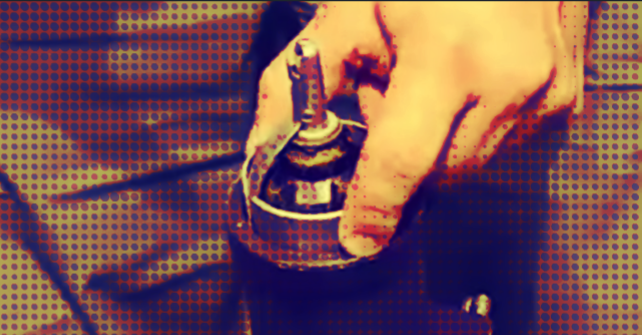 On March 8, 2018 Vladimir Ruban, the so-called head of the Officers Corps Center for Release of Prisoners, was detained when trying to cross the border from occupied territories with a large arsenal of weapons and ammunition. In photographs of the seized weapons, InformNapalm volunteers identified a 60-mm tactical mortar. This mortar was featured in Russian propaganda films as the latest development by the “DPR military-industrial complex”.

In a December 2017 interview, the leader of the occupation administration also mentioned this mortar and the production of ammunition for it.

It is important to clarify that there are no60-mm mortars and their ammunition in the arsenal of the Russian army.So, local “craftsmen” have tailored their own production using the defensive F-1 grenadeas a destructive war-head. The body of the improvised unassisted bomb consists of a shank with a knock-out charge and a cup holder, where a grenade is placed. The range is 600-800 meters. Detonation occurs not from a blow to the ground but 3.5-4.5 seconds after the cup holder comes out of the barrel of the mortar. In positional war the accuracy and effectiveness of this ammunition is very low, but as a weapon of terror against civilian population it is quite effective. Also, the use of the above-mentioned homemade ammunition complicates the work of forensic investigators. 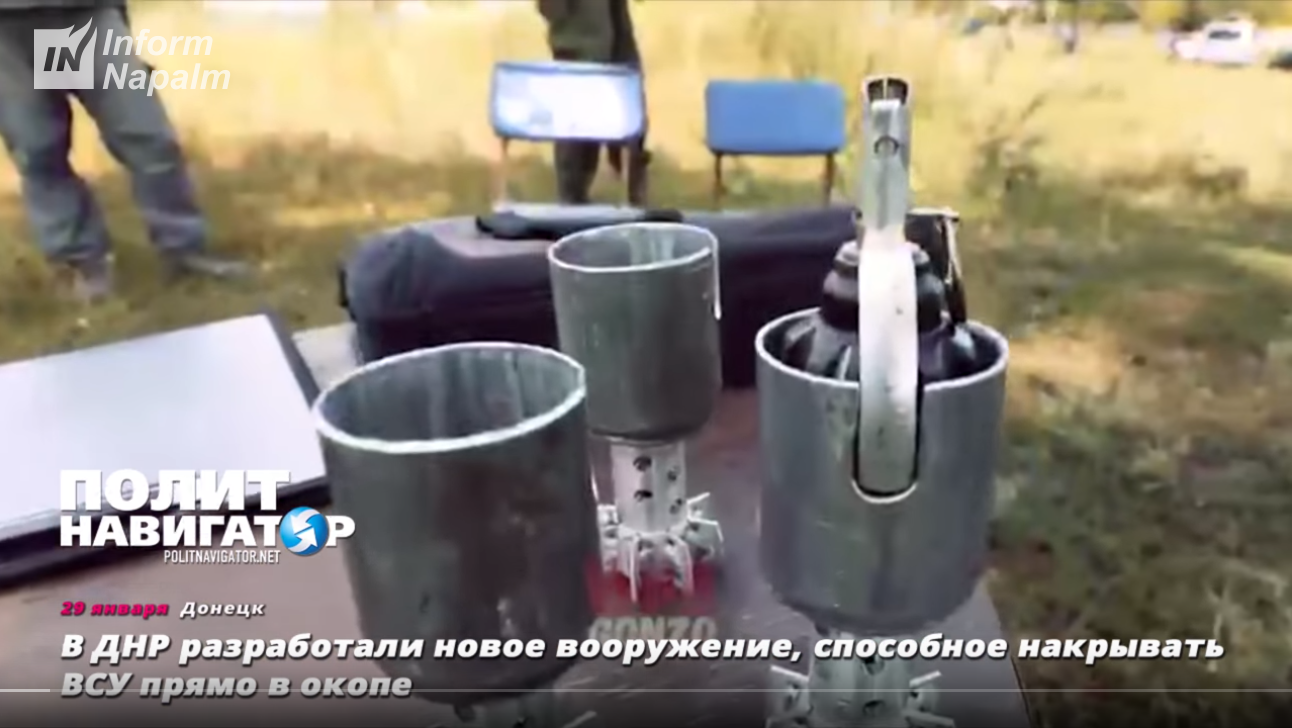 Photos for comparison and identification of mortar 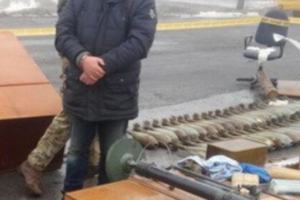 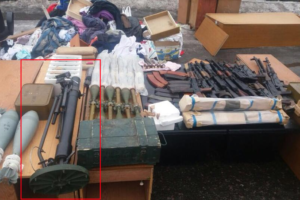 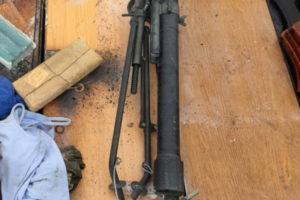 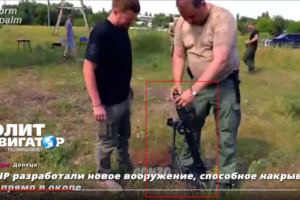 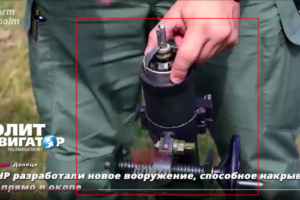