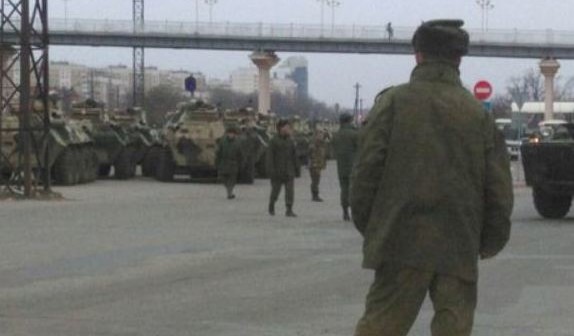 “Russia is a country where everything is allowed, as long as you don’t get caught.” This is a slogan on Samat Bekembaev’s page on the Russian social media website VKontakte. He is a scout of the 23rd Separate Motor Rifle Brigade. He has been caught, along with his unit. 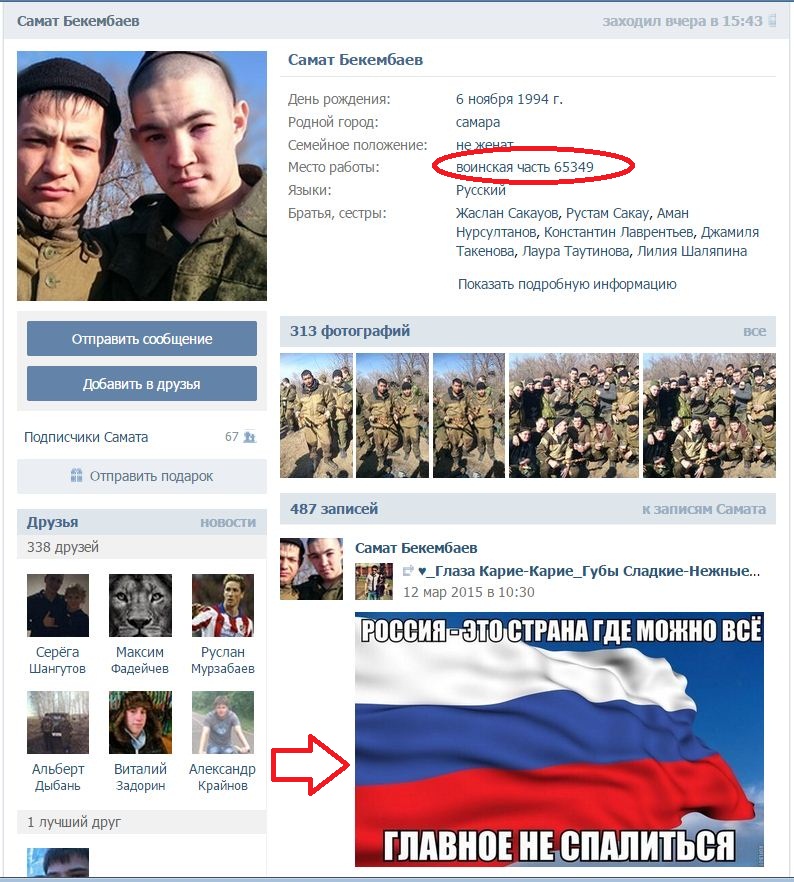 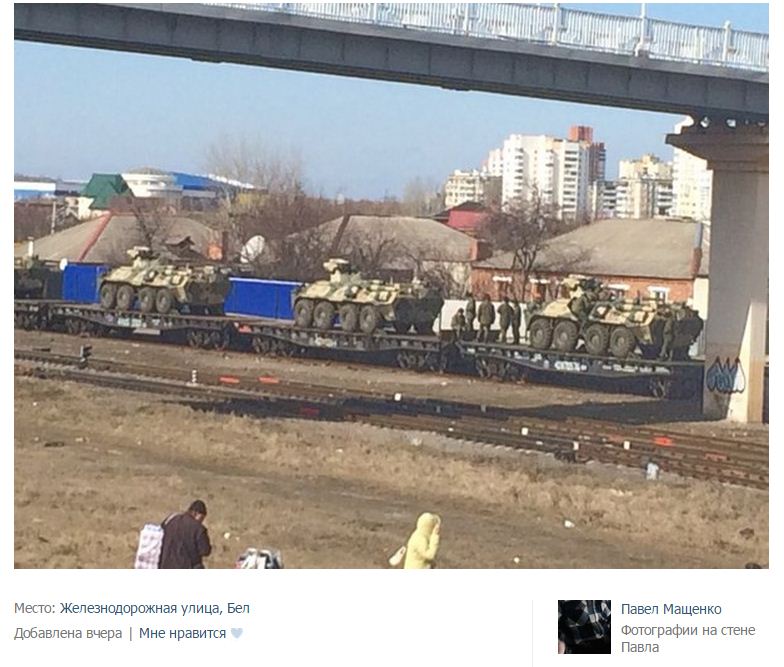 Earlier we reported about a “spectacle” played by the “masters of disguise” from the 23rd Separate Motor Rifle Brigade (military unit 65349, Samara) in Belgorod. A Battalion Tactical Group (BTG) of the 23rd Brigade from the Central Military District arrived from Samara in Belgorod on February 20. On March 9-10, it was ready “to go back home”, although the normal rotation of such units is carried out every 3-4 months. A couple of days earlier, the Russian Internet military community was deleting traces of the presence of Russian troops in Belgorod Oblast.

There are a number of photos showing the departure of personnel and equipment of the 23rd Brigade to its home base, but other evidence showing the opposite appears to be more convincing. 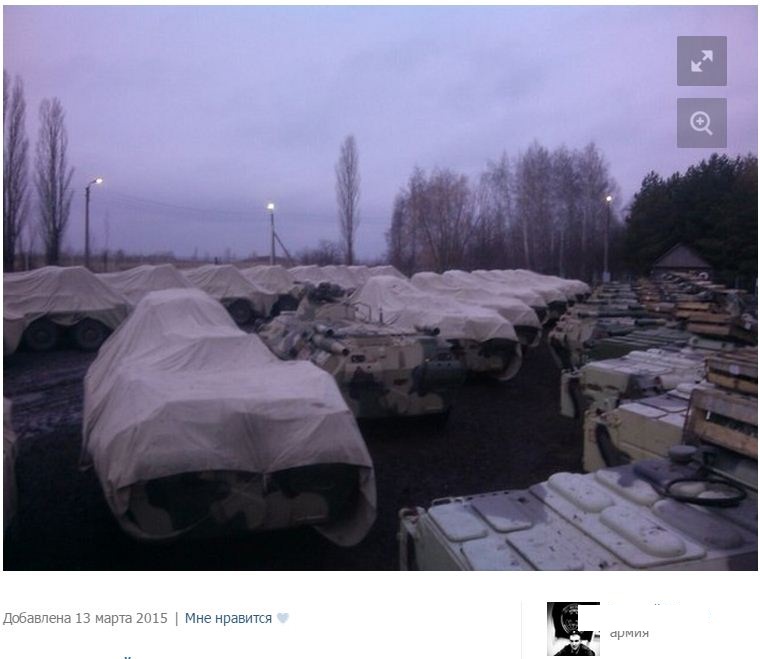 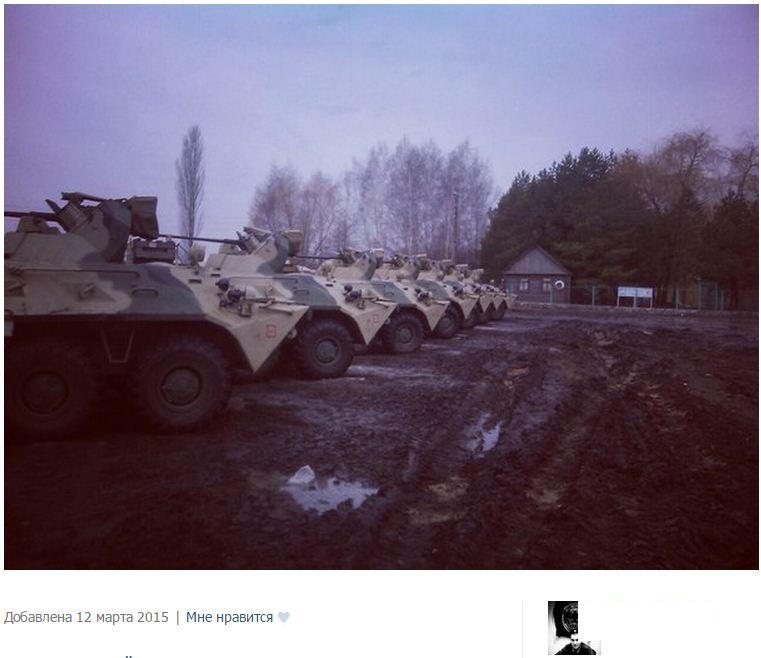 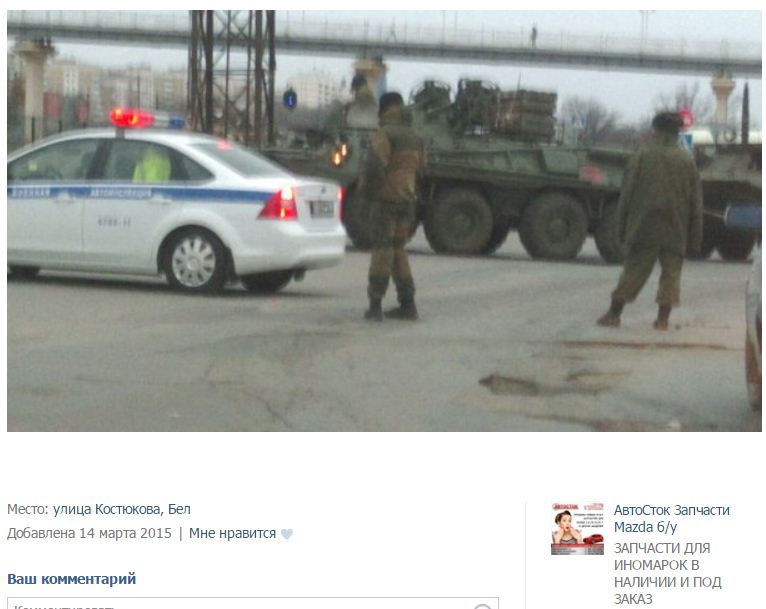 By our assumption, the whole issue with “it’s time to go home” is associated with the deliberate disinformation. In reality, the purpose of the last transfers of the 23rd Brigade was to disguise the relocation of some units, such as reconnaissance, from Belgorod base camp closer to the Ukrainian border.

At the same time, new military equipment (presumably from the same brigade or a different unit from the Central Military District) keeps arriving in Belgorod by railroad, as seen in the latest photos from March 12-15.

Foreign bloggers reported Russian military equipment in Belgorod Oblast as well, in particular, in the interesting post titled Geolocalization of a Convoy of Russian APCs in Belgorod, Russia – 14/03/2015.

Base Camp of the Belgorod Group of Russian Invasion Forces

Base Camp of the Belgorod Group of Russian Invasion Forces