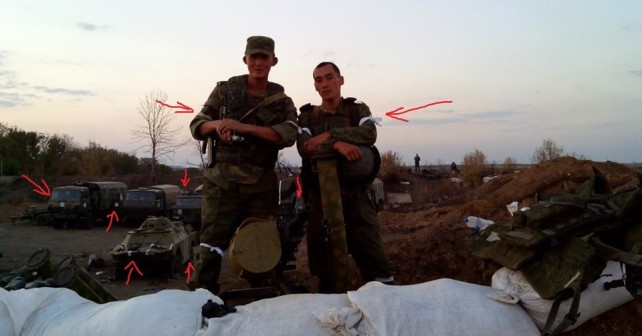 Russia states about the international law norms’ violation and about “stab in the back” in the context of the Su-24 jet’s downing by Turkey. At the same time Russia prefers ‘to forget’ how often she violates them herself in Ukraine. That is why we, the volunteer community, continue unveiling the hybrid-terrorist activities of the Russian occupation forces, in part the actions of the Internal Troops’ unit, presence of which Kremlin cowardly denies.

This time Rustam Zhumbakov (profile archive, album archive, contacts archive), a ‘lost’ contract soldier, has appeared in the field of our interest. He was born in Omsk and served in the 247th air assault regiment of the 7th air assault division (military unit No. 54801, Stavropol). Rustam served in a unit of Ministry of Internal Affairs until 2012 and then signed his 3-year contract in 2013. 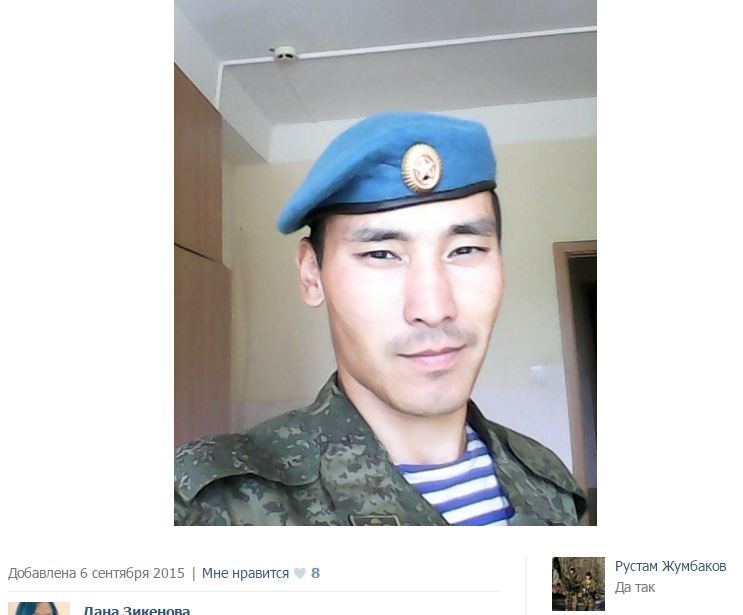 Let’s take a closer look at the provided facts, which directly indicate that Rustam Zhumbakov has participated in the war against Ukraine.

1. This is the most interesting point – a photo (archive) uploaded in November, 2014, which shows Zhumbakov together with his brothers-in-arms posing in front of a field camp and military equipment in the zone of conflict.

The comment under the picture says “Out there”. The following features drawn our attention: 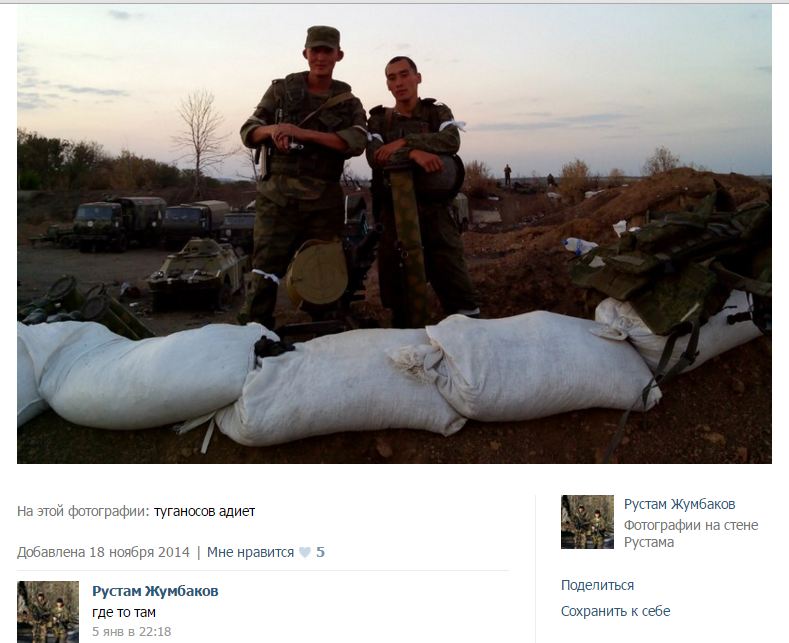 2. Another photo (archive) of Zhumbakov was uploaded in September of 2015 – it was taken in the period of hostilities in Ukraine. Rustam is shown near an automatic grenade launcher – again without the Russian military insignia, but with white identification badges. 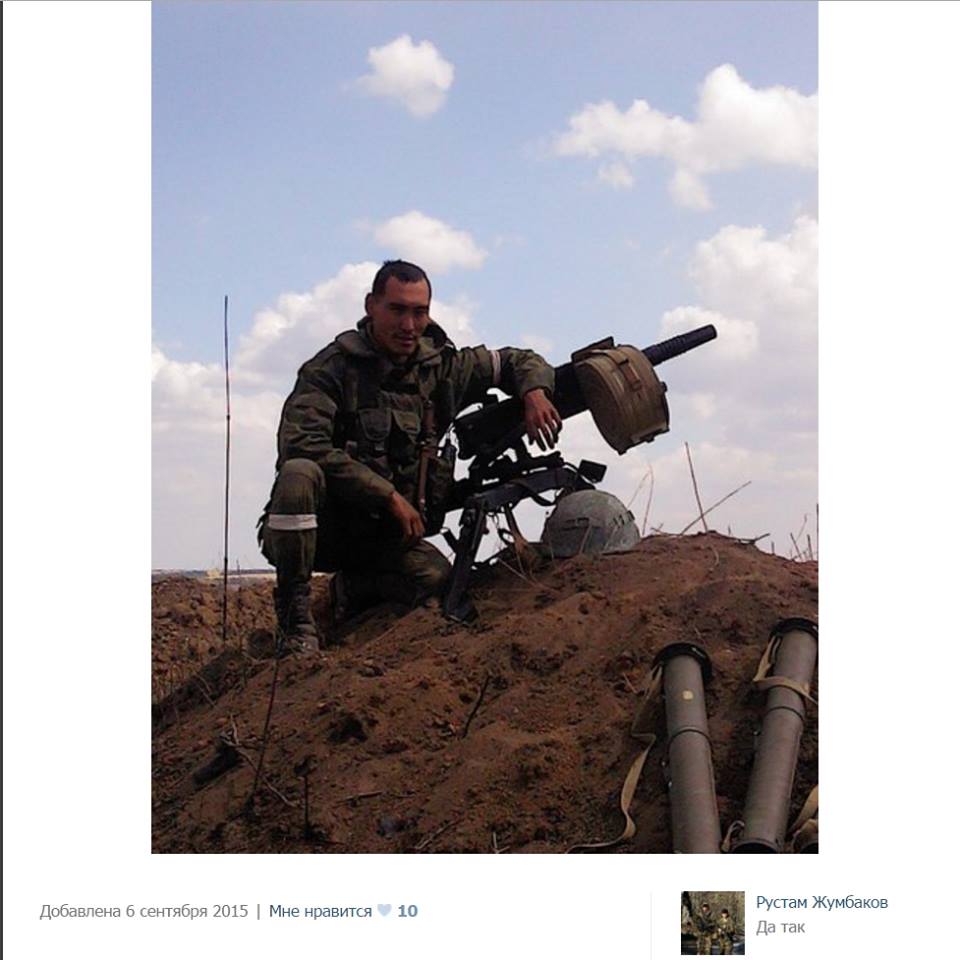 3. Finally, here is a group photo (archive) of the Russian troopers uploaded in September of this year. All they wear different informal uniforms without any identification markings. 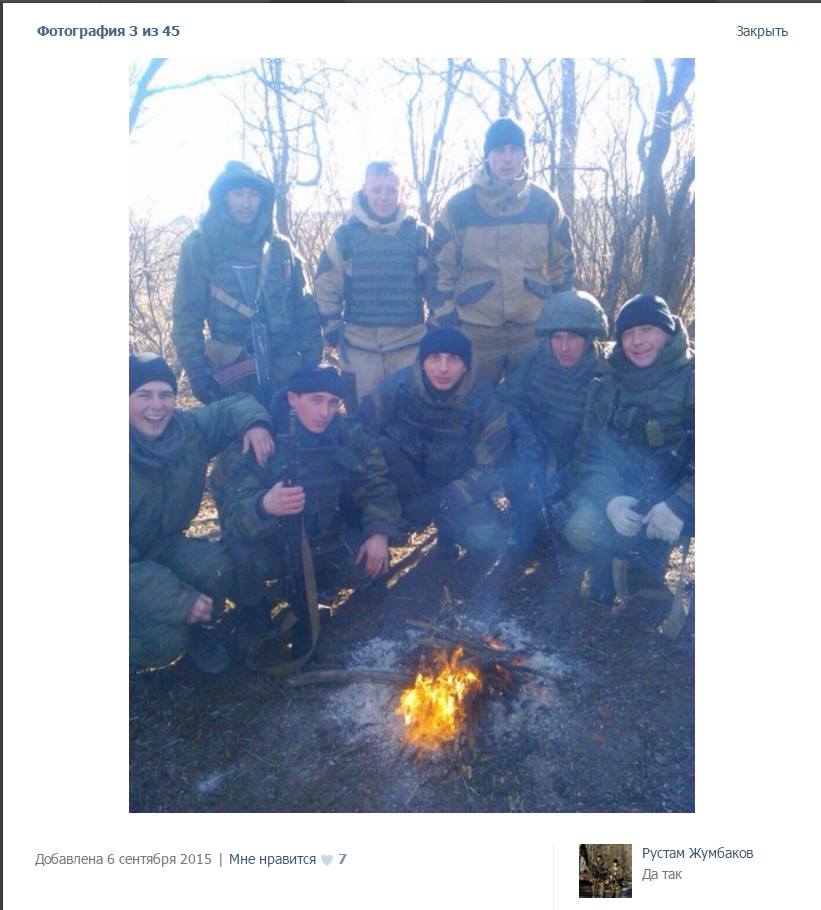 These are other pictures of the military criminal R. Zhumbakov, which prove that he serves in the ranks of the Russian army (in archives – 1, 2, 3, 4, 5, 6).

So, you can see them now – the participants of the ‘civil war’ in Ukraine. Rustam Zhumbakov, same as his 247th air assault regiment, will be listed in our database with evidence of the Russian military crimes.

Please note that the military criminals from the 247th regiment has been talked over in our previous articles: