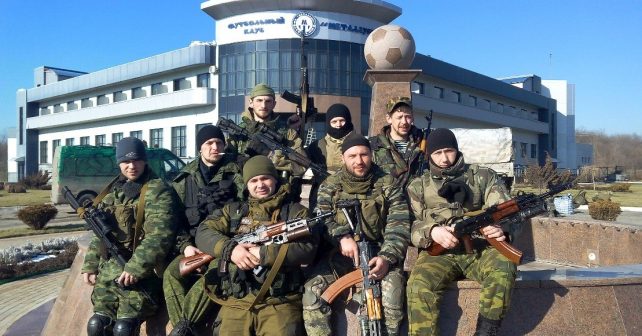 A former reconnaissance battalion contract soldier of 17th Motorized Rifle Brigade (MRB), who went through a “Ukrainian mission” tells about rigors of service in the “f#cked-up brigade”.

InformNapalm volunteer intelligence community has identified dozens of Russian military units, groups and individuals fighting in Donbas and directly connected to the Russian army. Most of them were spotted in the critical period of the summer and autumn of 2014, when the Kremlin deployed considerable force to turn the tide in its favor. As soon as the part of Donbas had been occupied, Russian military command began to hastily form so-called Donetsk / Lugansk People’s Republic (DPR/LPR) army corps, manning them with local separatists and Russian “volunteers” as a cannon fodder. There were also staff officers and contract soldiers of the Russian Army, who were responsible for the organization and combat training of the Novorossia Army. On the way they would also gain valuable combat experience.

There is more to Orsk than fridges

In most cases, the starting points for our OSINT investigations are pictures of Russians from Donbas, which they are so fond of boasting in their profiles. But this case was different, the investigation was triggered by a discussion in the online group of the 17th MRB on VK social network. That is where where Evgeny Lyazin was spotted. It is noteworthy, that Lyazin’s profile yields little information, contains fake birth and residence data (Donetsk), a few photos and a couple of interesting videos (which he apparently forgot to delete). He is careful enough not to have any hint of his active service in the Russian Army on his page. But then he himself confirms this fact in an open discussion thread discovered by us in that group dated February 2016. Moreover, Lyazin is pretty explicit and gives the potential contract soldier specific advice:

Don’t even think about it – it is a f#cked-up brigade!!! I butted off 2 contract terms there and terminated the third. If you join, you will remember my words!!! 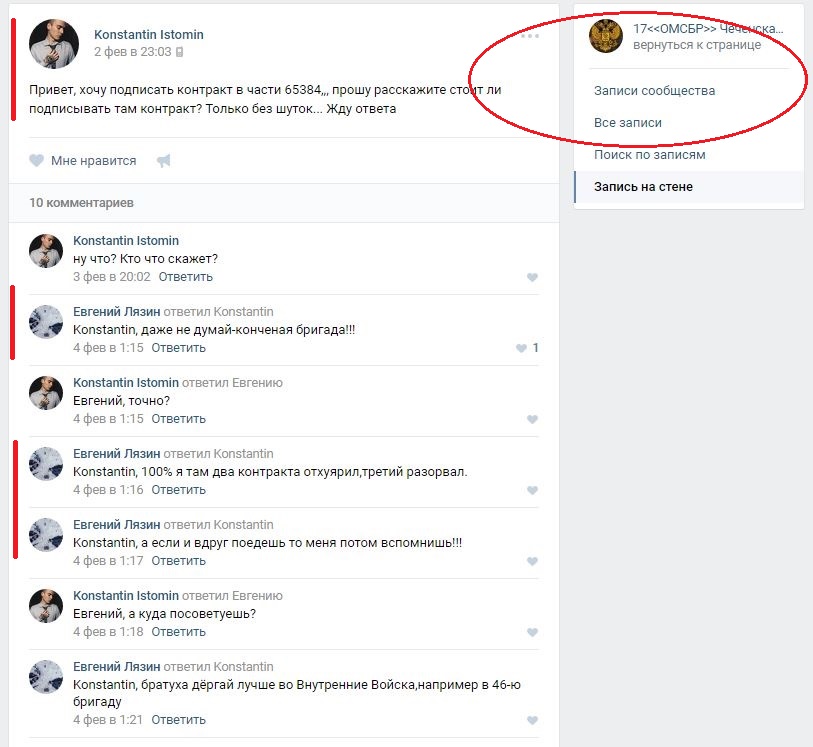 Target of this investigation:

Date of birth – November 30, 1984 (although he indicates January 3, 1984 in his profile). Originally from Orsk, Orenburg oblast, Russia. Registered at 62, Zaporozhskaya street, apt. 8, Oktyabrsky District, Orsk, as it appears from the record on the Russian on-line people search service. The phone number used by him in Donbas (on Kyivstar operator) is: +38 096 948 4815.

In the recent past he was a contract soldier of the Russian 17th MRB located in Chechnya. He supposedly quit in early January 2016. In total, he served two full contract terms in the Russian Army, and terminated the third while on a “Ukrainian mission”. His data on social networks: VK (archived profile, photos, videos, contacts); ОК (access to this page is restricted). From the next of kin, it is necessary to highlight his mother, Lyudmila Lyazina (Efimova), born in 1958 (VK and ОК account archives). She is a school teacher in Orsk, at School #32. And she has reposted her terrorist son’s video from Donbas. 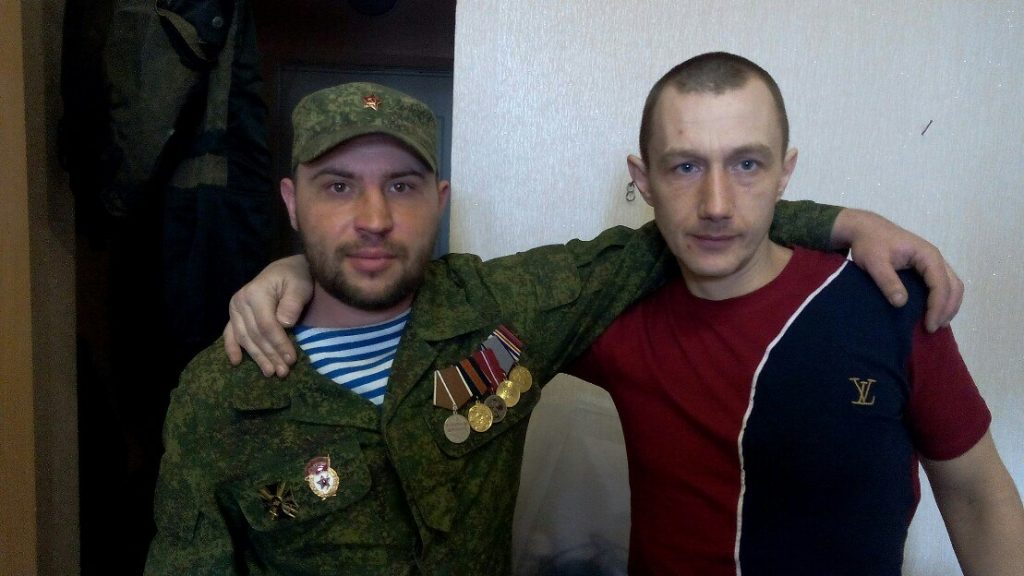 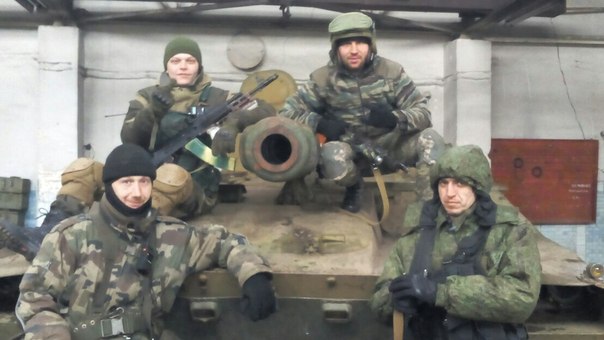 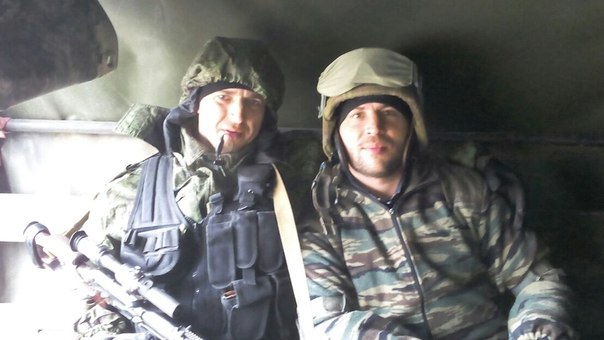 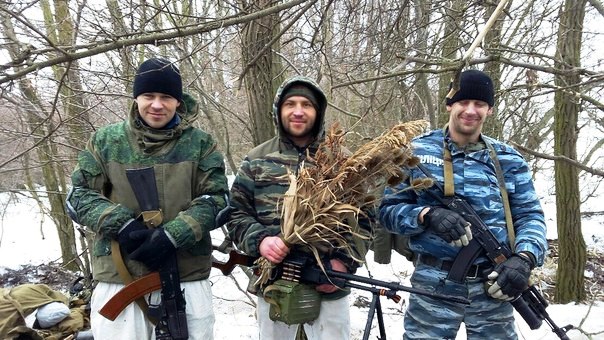 Lyazin pops up in another thread in the 17th MRB community. The most interesting part is his flaming with another 17th MRB serviceman Stas Besedin, which took place in January – March 2016. Lyazin uses some strong language again and lets slip some interesting information about his affiliation to 17th MRB’s reconnaissance, i.e.: he says that he is in Donetsk, gives his cell phone number and boasts that it is no problem for him to travel from Donbas to Khotunok district of Novocherkassk city in Rostov Oblast to “chill out”:

“I have hustled up your woman… She agreed to come to Khotunok in Novocherkassk, just wanted the way money… My cell number is +380969484815, Kyivstar, I dare you to call me, you cunt!!! I’m in Donetsk, and I hustled up your bitch just for fun))) There are some cool guys in air recon company of recon battalion: Marat Lepshokov, Islam Geezhibaev and Yevloyev Rukha”.

As we mentioned above, Lyazin’s profile contains private videos from Donbas posted in January – February 2015, where he openly poses on camera (videos are duplicated on our YouTube channel), titled:

Lyazin writes lots of comments under the pictures of militants. For example, he comments the pictures of Russian terrorists Alexander Kulikov and Andrey Danilov killed in Donbas on January 7, 2015: “Friends do not die!!! They are just not around anymore!!! “ Kulikov’s and Danilov’s obituaries are posted on the page of another Russian militant Yury Kalandya (archived profile, photos, contacts).

Lyazin is visible not only on social networks. For example, we found a user on Live Journal calling himself vatahis with an interesting post in the blog called Jingoists’ Stories dated January 2016. It is about capturing of Metallurg soccer club in Donetsk by the DPR militants in August 2014. Since then, the base has been used to house Russian mercenaries: “Judging by the militants’ winter clothes, it is unlikely they left the Metallurg base in August 2014, as they had promised” – sums up the author, backing up his words with photos of militants, Evgeny Lyazin among them. 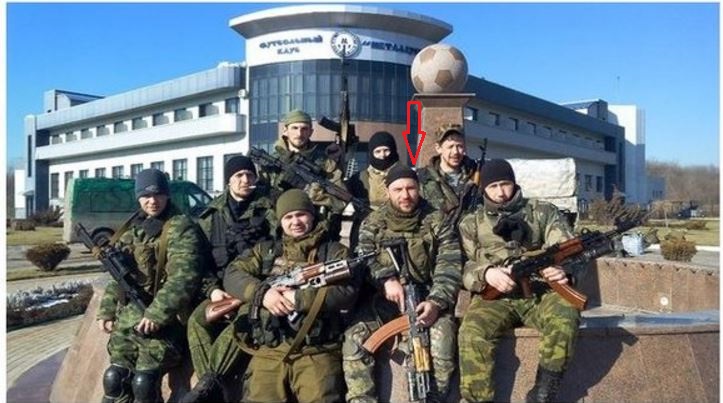 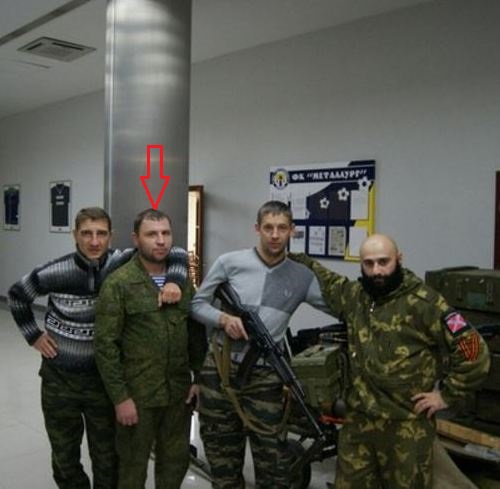 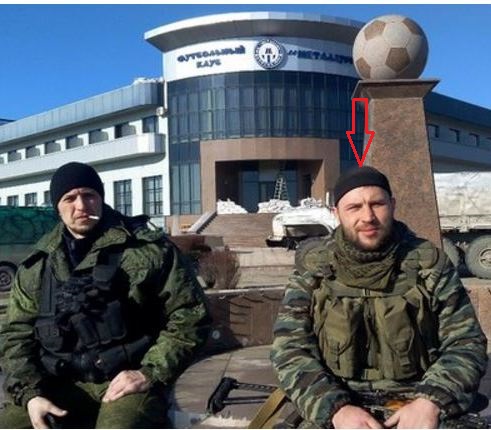 The reasons why Lyazin terminated his contract with the Russian Ministry of Defense are no mystery. On November, 30, 2016, InformNapalm published a review of the situation and the mood in the Russian Armed Forces – see Emperor’s new clothes – or Putin exposed The investigation is based on the study of sources mostly in the Southern Military District. According to our data, there has been massive staff attrition in a number of military units, mostly in brigades heavily involved in the “Ukrainian missions” (which includes 17th MRB). There are many reasons, but the first and foremost are halving of the salary through inflation, poor housing conditions, coercive assignments to war zones and other issues, typical for the Russian Army.

A few weeks before the Russian Ministry’s of Defense official announcement we learned about the plans reorganize several motorized rifle brigades, stationed in Chechnya, into regiments. It means downsizing and downgrading followed by incorporation of these regiments into the new 42nd Motorized Rifle Division.

17th MRB featured in 9 episodes of our community investigations, mostly in publications, related to the facts of the invasion and involvement in the fighting in Donbas in summer – autumn 2014:

This publication was prepared on the basis of an OSINT-investigation by InformNapalm volunteer intelligence community. Author Irakli Komaxidze