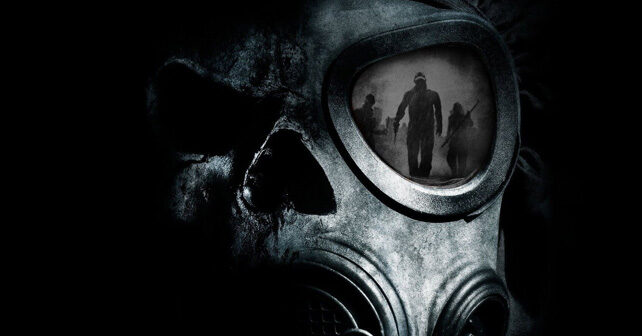 This is one of the possible scenarios for the development of events. There is still time to avert it, but it’s running out, and the catastrophe of Europe is getting closer.

The Third World War has begun, and it happened on February 24, 2022, in Ukraine. However, the NATO countries and the rest of the world have not yet understood this, or they believe that they still have enough time to end the war by applying economic pressure. But they are ignoring the fact that the Beast is already killing people here and now, that the Kremlin is attacking here and now, and before this corpse of Russia decomposes, it will continue the mass extermination, something that the humanity hasn’t seen since World War II.

Russia’s military leadership, led by Putin, expected to take Ukraine in 2-3 days and use it as a springboard for the aggression against NATO. However, for 16 days in a row, Russia has not had any significant victories in Ukraine, except for progress on certain roads and directions and temporary shaky control of small settlements. Neither Kyiv, Kharkiv, Mariupol, nor other large cities of Ukraine have been taken. So, after the first military defeats and significant losses of personnel and equipment, the Russian command has resorted to genocide. Russia has begun destroying Ukraine’s civilian infrastructure: bombing and shelling of homes, schools, kindergartens, hospitals, and other civilian facilities. The purpose of such actions is to intimidate Ukrainians and to try and demoralize the Ukrainian resistance. At the same time, it intimidates the EU countries into forcing them to make concessions and procrastinate with the military support for Ukraine.

Belarus has become a springboard for attacks against Ukraine and will next become a springboard for attacks against Poland and the Baltic states. Putin is likely to take this step after trying to carry out an unprecedented genocide of Ukrainians, using chemical weapons against Ukraine (sarin, soman, mustard gas, and others). Probably such a scenario is already being considered at the highest political level in Russia, which is why Russian propagandists and diplomats are actively promoting fake narratives about “chemical laboratories in Ukraine.”

Putin will lose in any case, but, while losing, he will seek to destroy Ukrainians and the peoples of Eastern Europe who understand all the threats posed by the Russian Federation. If we delay and give the Beast time and space to maneuver, the world will face tragedies that humanity has never seen before.

Don’t delay, stop the Beast, stop Putin, who seeks to surpass Hitler and destroy nations that disobeyed him.

We must not only prepare for the worst-case scenario but try and prevent it. Only a strike to his heart can stop the Beast. I hope that the world will have time to thwart the aggressor’s plans and the price of victory will not be measured in millions of lives.

P.S: These thoughts were prompted today by a man who 5 weeks before the large-scale Russian invasion warned me that Moscow had made the decision and Russia was ready to bomb peaceful Ukrainian cities. It was a high-level insider who I didn’t believe at the time.

I refused to believe that this was possible in the 21st century. and sought for himself logical options for the development of events. After all the warnings have come true, I no longer believe in a logical explanation for Putin’s actions, he has become a madman who seeks to destroy Ukraine, Ukrainians, and other Eastern European nations who have disobeyed and resisted. He cannot break the resistance with the help of conventional weapons, bombs, and missiles, so while threatening a nuclear strike he will probably commit an even more terrible war crime – chemical attacks. Therefore, I urge those readers who influence decision-making in different countries of the world to take such a threat as seriously as possible and to act in advance to prevent the great tragedy of the mankind.