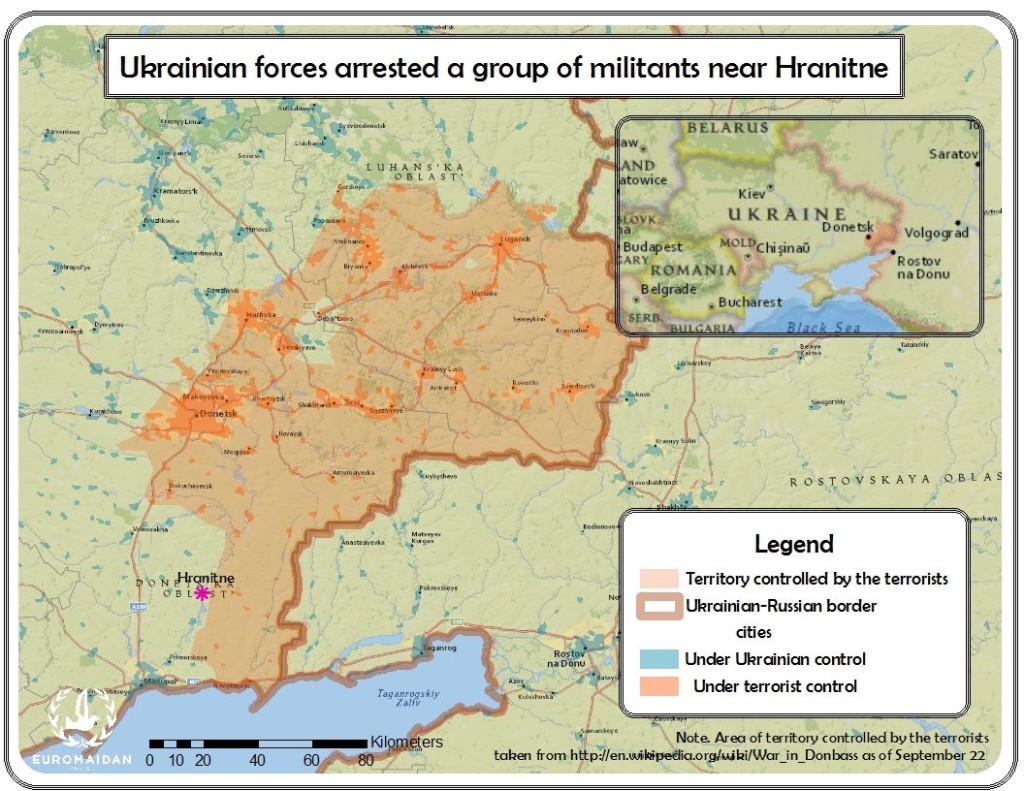 The ATO forces control the specified areas and territories with the help of a network of checkpoints, observation posts, and strongholds. The ATO forces conduct preparatory measures aimed at the implementation of the Minsk agreements to establish peace in Donbas.

Yesterday, at around 18:oo in the area of Hranitne, Ukrainian forces destroyed an infantry group of militants armed with large caliber rifles (12.7 mm). The day before this terrorist group shelled emplacements of Ukrainian military.

By the ATO Press Center