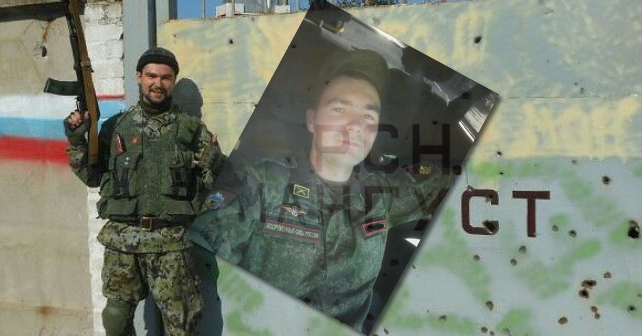 For the first time in more than 1500 OSINT investigations, InformNapalm volunteer intelligence community came across a new precedent: a former militant is conscripted into the Russian Armed Forces. We have established certain patterns of recruiting militants from among Russian citizens to the contract service in Russian Army. But this is the first time ever, that we got to know about a militant drafted for conscript service. This militant served in illegal armed groups (IAG) in Donbas for more than two years. 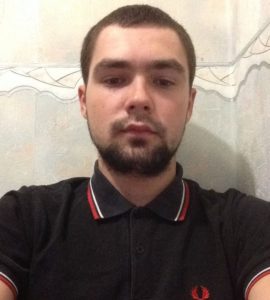 It is noteworthy that since June 2015, Makarov has been listed in the database of the Myrotvorets web site, but the information about him requires additional verification.

Sources of information about Makarov

The identity of the Russian militant was established through his relatives. We spotted out his mother, Alla Makarova-Demina, – VK1, VK2 and OK (archives of profile, shared photos and family photos, contacts), which supplemented the missing information.

Makarov started to take part in the hostilities in Ukraine in October or November 2014, when he came to Donbas together with cossack IAGs within Novorossia project. In one of Makarov’s profiles, there is a record that he is a student at the Volodymyr Dahl East Ukrainian National University, which is situated in the occupied Luhansk, Ukraine. Makarov spent his student years in Luhansk as a member the Mongoose group, the so-called special operations company within the Zarya Battalion IAG. He managed to pose for some joint photos together with the representatives of the OSCE monitoring mission on the ruined houses in Luhansk Oblasts. The “student” and his family members used every opportunity to show off his Luhansk People’s Republic (LPR) honorary badge for the Battle of Luhansk on social networks. 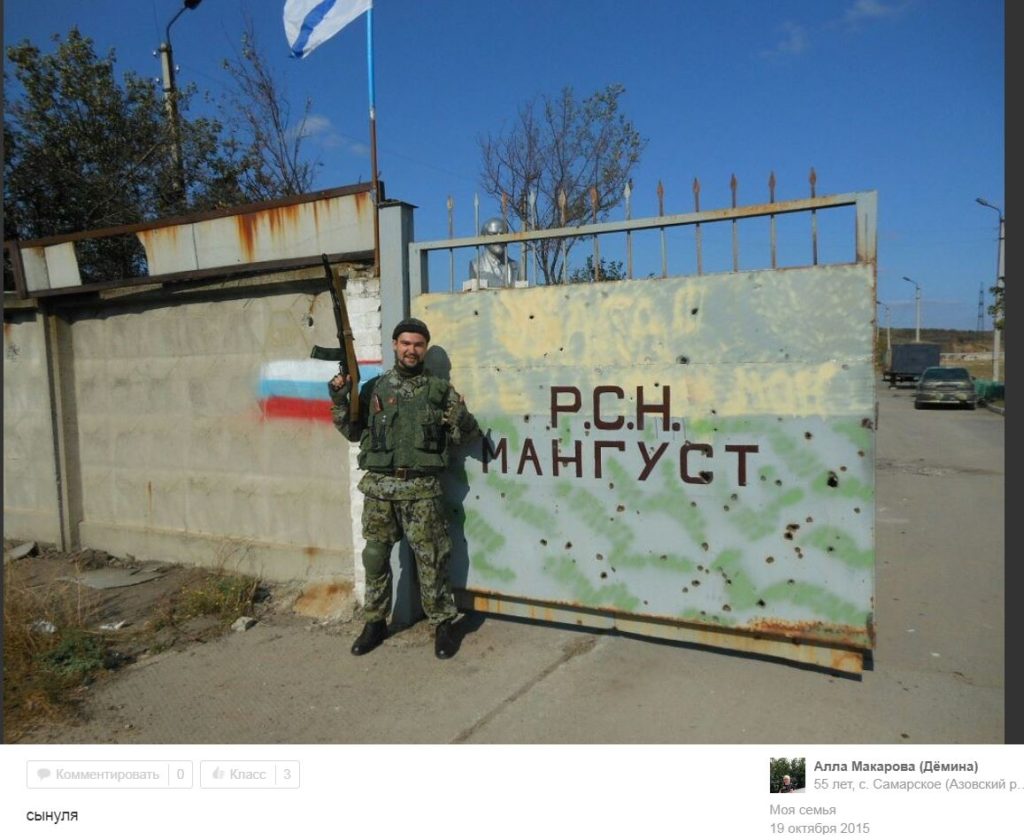 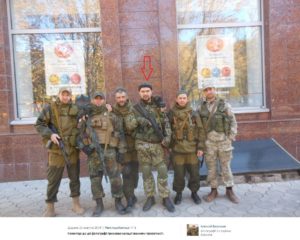 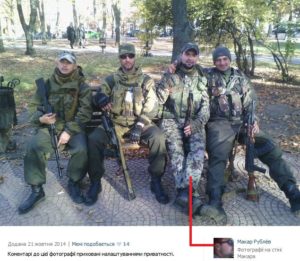 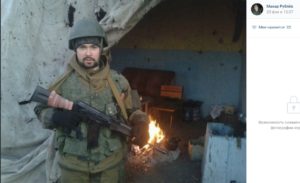 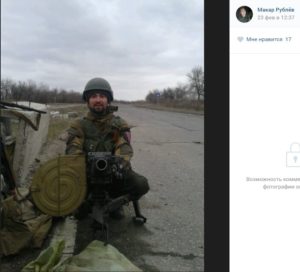 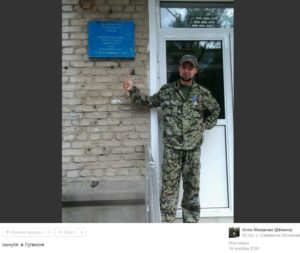 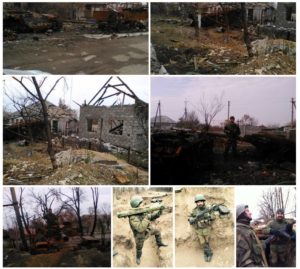 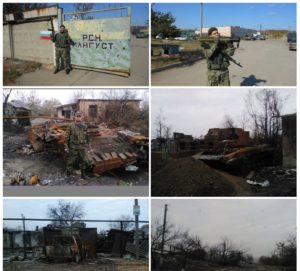 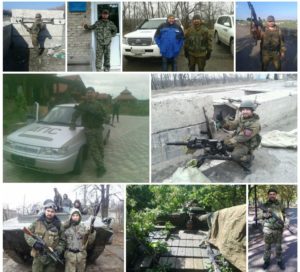 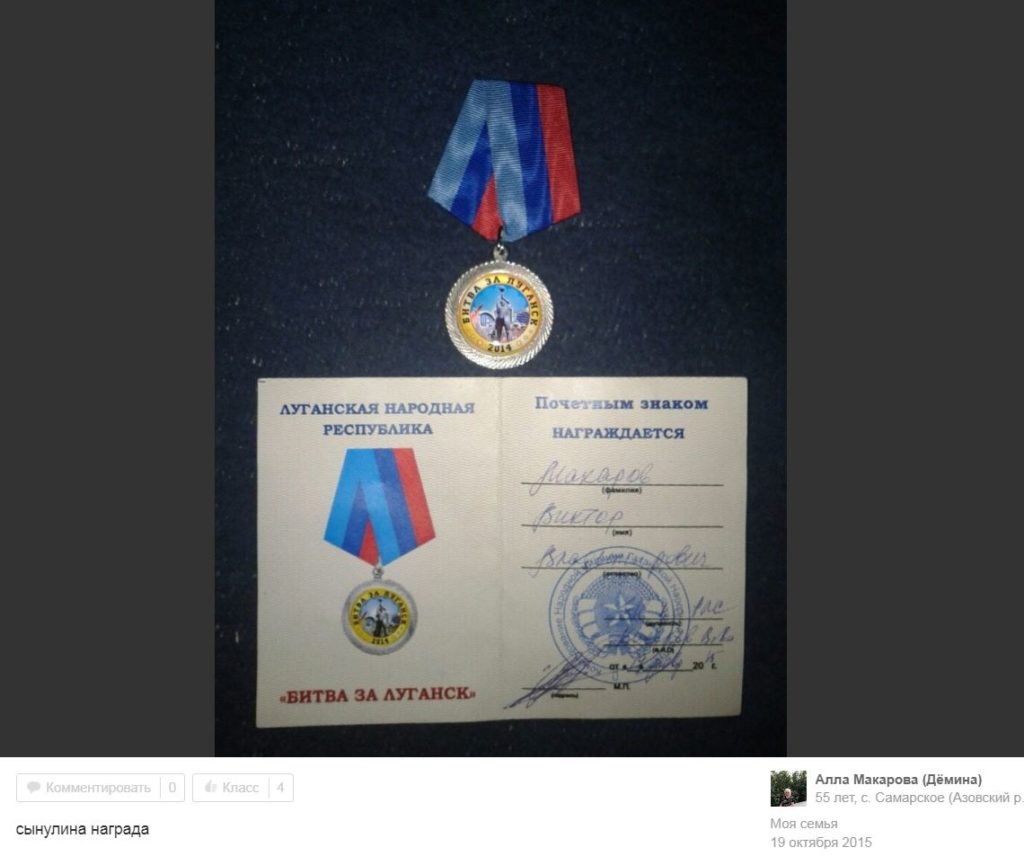 Service in the Russian Armed Forces. Boot camp in Volzhsk Service near Rostov

Makarov was drafted for conscript service and sent to the 187th Pskov Joint Force Regional Training Center for the training of Engineer Corps junior specialists (military unit 73420, Volzhsk, Volgograd Oblast) in December 2016. After he took the oath in February 2017 and a five-month training at the training center in the summer of 2017, he received the qualification of the third class specialist. After that, he continued his service in the units of the Russian Southern Military District. Judging by the shoulder patch, nowadays V. Makarov serves not far from his native land in the engineering unit of the new 150th Division deployed in the Rostov Oblast near the border of Ukraine. Taking into account Makarov’s experience obtained at the IAGs it is possible that after the expiration of his conscript service he will sign a three-year contract and will return to the Ukrainian Donbas by the end of 2017 as an instructor and curator for the training of militants. 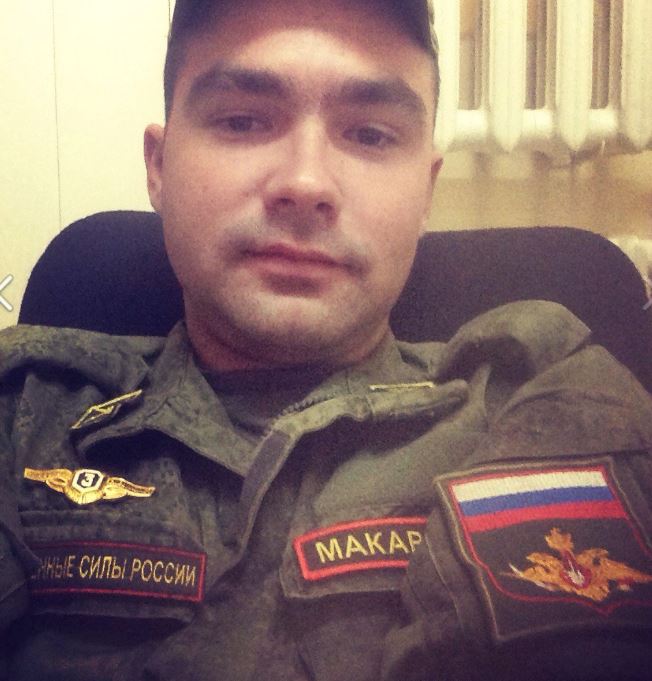 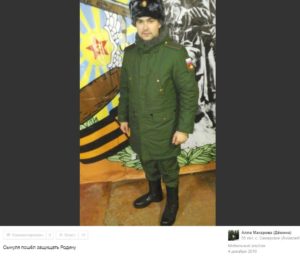 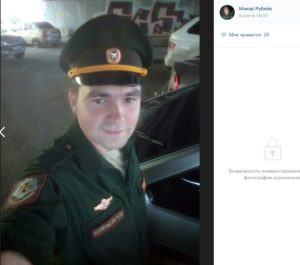 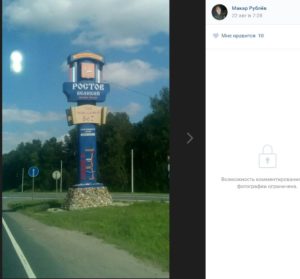 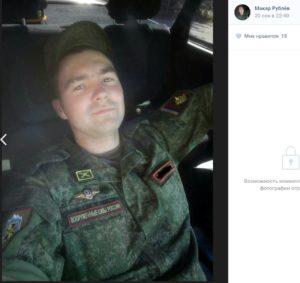 Important screenshot: photo of the draftee and former militant near the stele of the 187th Pskov Joint Force Regional Training Center for the training of Engineer Corps junior specialists, Volzhsk, Volgograd Oblast (faces of relatives are retouched for ethical reasons). 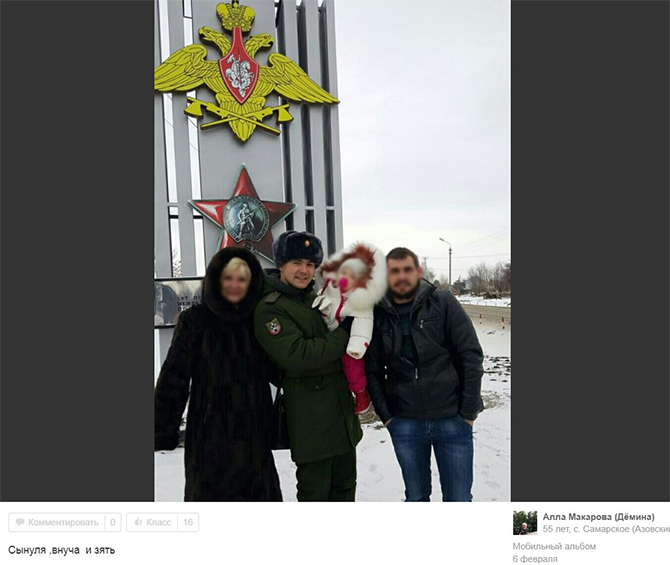 This publication was prepared by Irakli Komaxidze specially for InformNapalm. We are grateful to our reader Alexander K. for providing the source data on the subject of our investigation.

No Responses to “Precedent: Russian militant drafted for conscript service with Russian Army after fighting in Donbas”