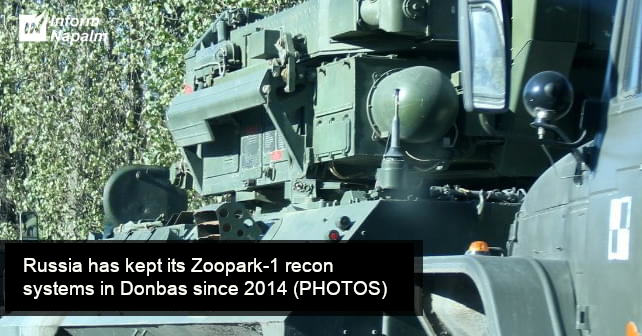 On June 26, InformNapalm international intelligence community issued an important report containing a video recording the presence of a modern Russian artillery reconnaissance and target designation radar station 1L259 Zoopark-1 near Horlivka. On June 23, 2019, this system was detected with the technical assets of the Azov regiment; the Ukrainian servicemen targeted and defeated the vehicle. Recently, we received new evidence indicating that the Russian Federation has supplied and deployed these systems in the Donbas since 2014.

New evidence was found on June 27 by the investigating blogger Askai. He published links to a photo album from a trip to Donbas of a Russian athlete Maryana Naumova, who openly supports Russian militants. Naumova posted a photo with a clearly identifiable part of the Zoopark-1 system on VK social network on November 4, 2014, along with other photos from the Donbas. 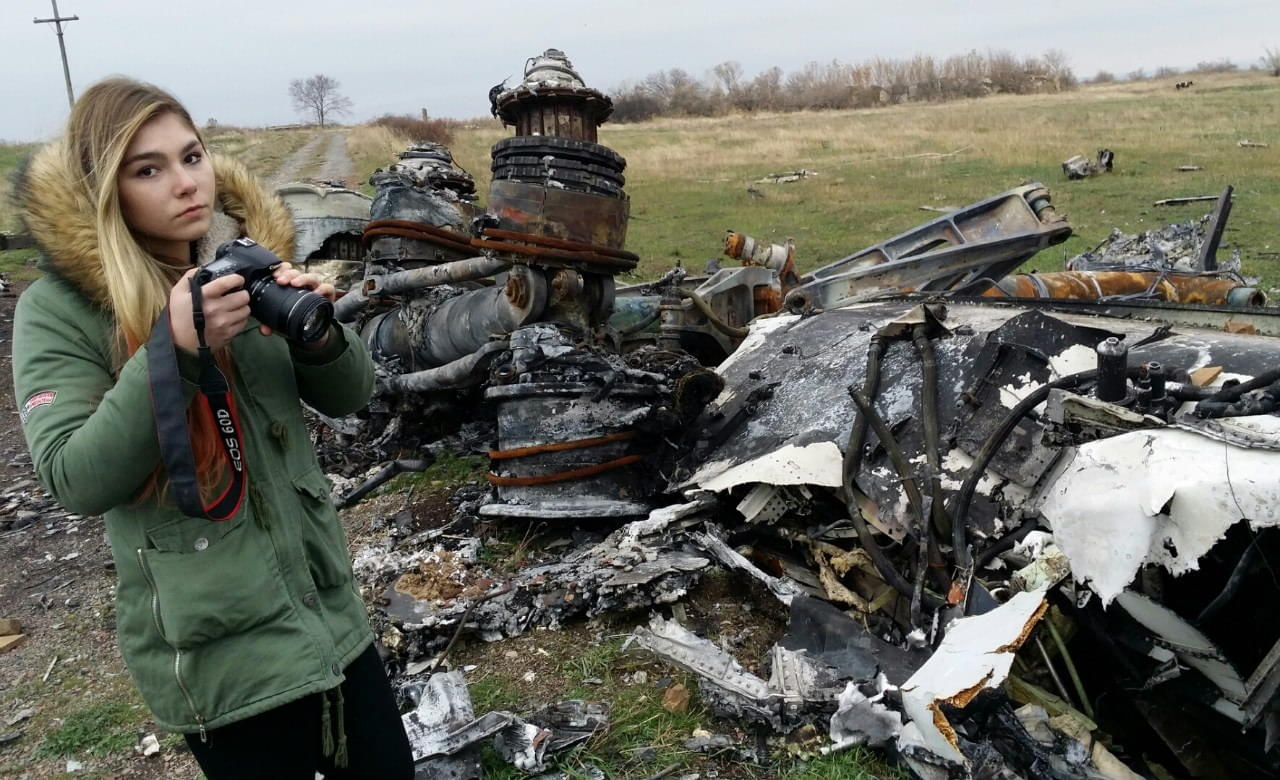 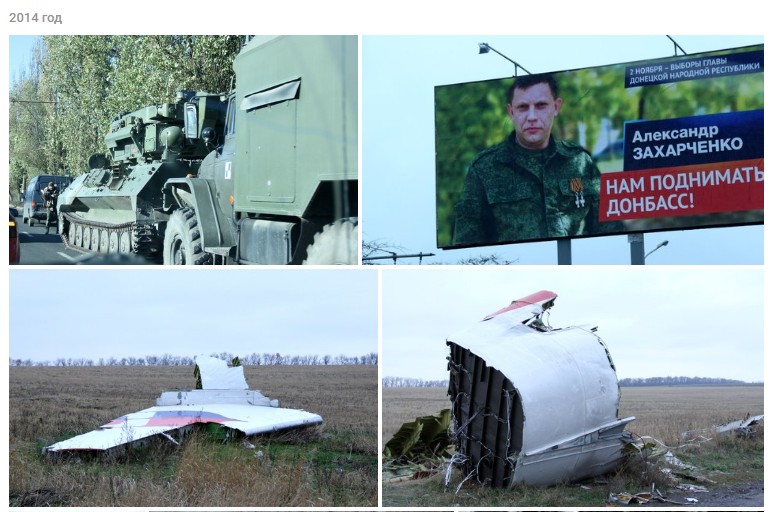 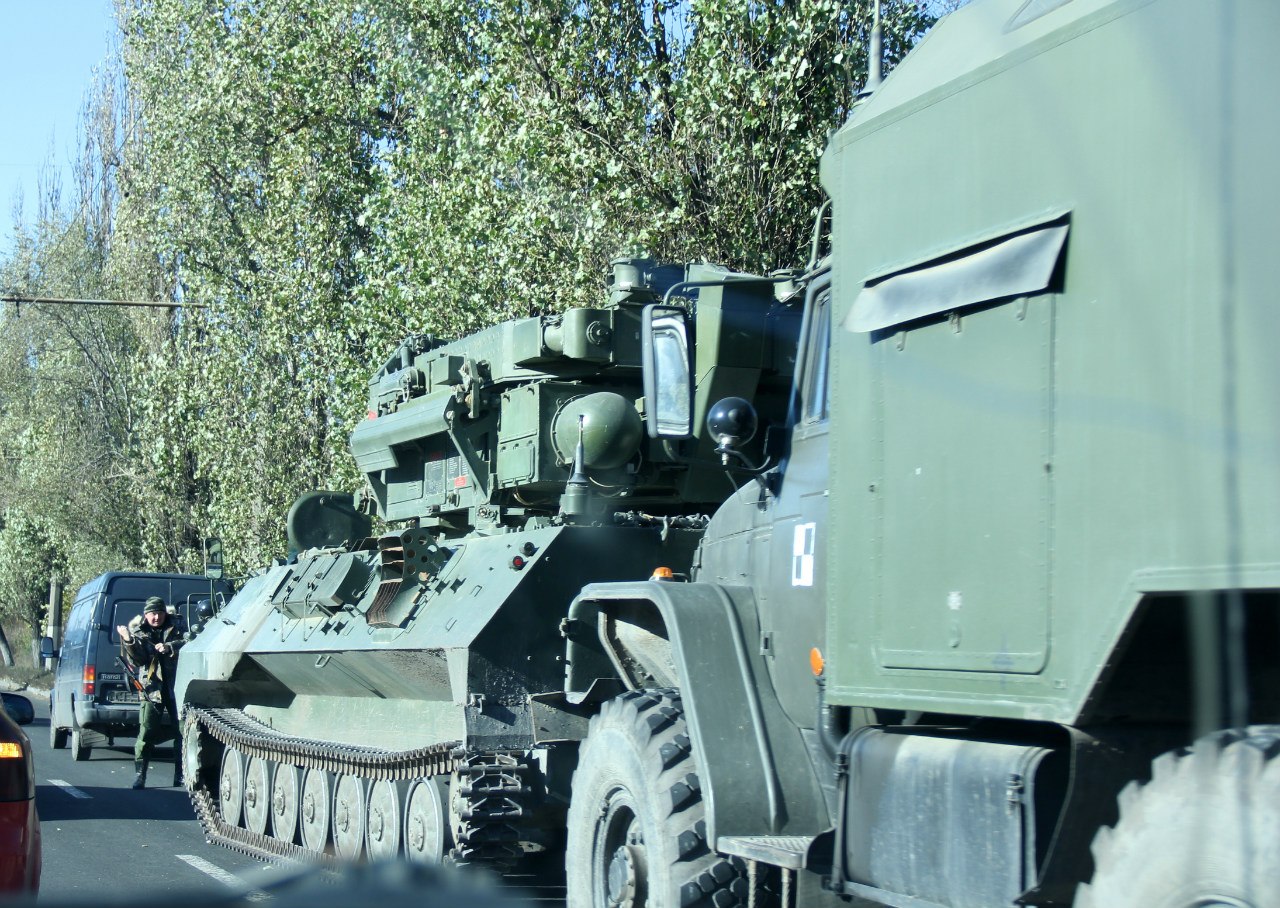 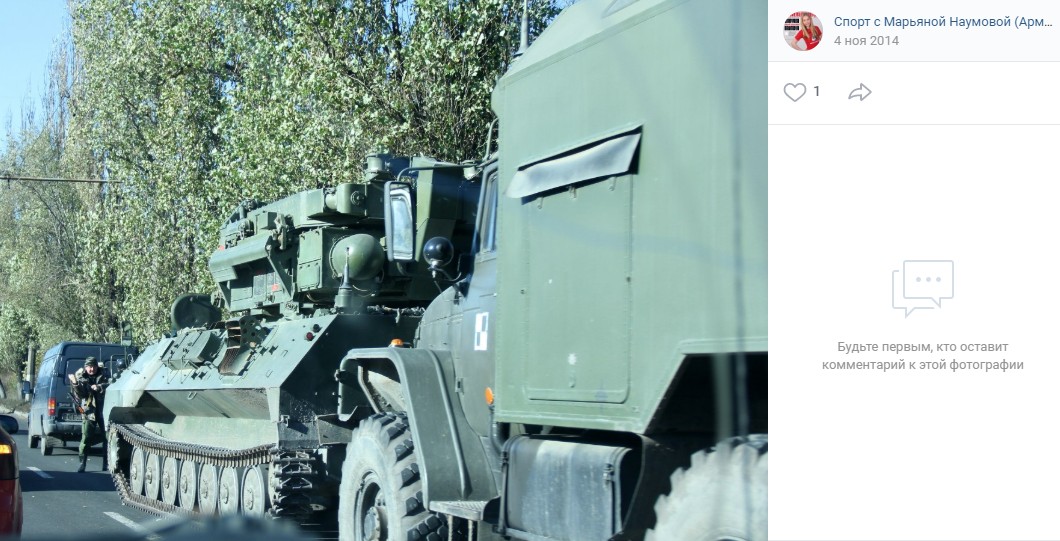 The system is easily identifiable by comparing the elements also visible in the materials of another InformNapalm investigation where the first photo evidence of Zoopark-1 presence in the Donbas was published in November 2016.

New photos prove once again that Russia has been using its latest military technology in the war against Ukraine in the Donbas since 2014. Sanctions have not forced Russia to desist from its aggressive actions and withdraw its equipment from the occupied territory of Ukraine. The Russian military personnel continues to command and assist mercenaries and illegal armed groups which include both local collaborators and a significant portion of Russian citizens. The hybrid occupation troops under the Moscow leadership do not intend to withdraw equipment and lay down arms, but plan to expand the territory under their control.

The system consists of a radar station 1L259 on an MT-LBU chassis, a maintenance vehicle (MTO, 1I30) mounted on a Ural-43203 truck, the ED30-T230P-1 RPM1 power station on a 2-PN-2 trailer, as well as autonomous orientation and topographic surveying systems.

Zoopark-1 is designed to determine the coordinates of enemy firing positions (firing mortars, artillery, MLRS and tactical missiles) by tracking the outgoing fire (launches), designate targets for the freindly artillery assets and monitoring the results of their fire.

The system provides simultaneous detection of up to 70 positions per minute, issuing coordinates of enemy firing positions and tracking of the projectile landings (within 20 seconds after a volley), as well as automated information exchange with the command and control center. It has a modular design and high resistance to electronic jamming. The system has been designed and is manufactured by Strela Federal State Unitary Enterprise and Research Institute (city of Tula, Russian Federation).