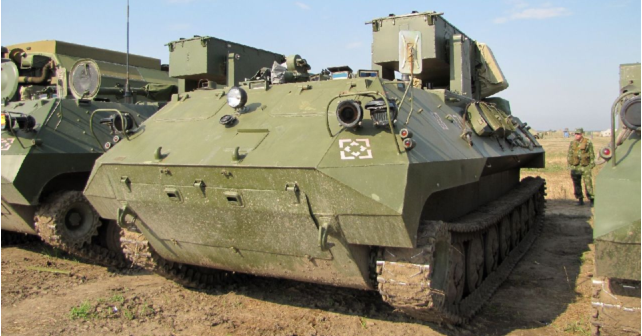 Ukrainian patriots from the occupied territory of the Donetsk Oblast spotted another cutting-edge Russian signals intelligence (SIGINT) station. It has been identified as 1RL243 Rubicon. It is worth mentioning that this is already the eighth type of electronic warfare (EW) stations used by the Russian occupation troops in Donbas. We have already spotted and identified the following equipment:

The 1RL243 Rubicon station is a novel type of SIGINT equipment operated by the Russian Army only, it has not been exported to other countries. Its specifications are still classified. According to specialized online sources, it is in service with the 18th Motorized Rifle Brigade (military unit 27777, Kalinovskaya village, Chechnya). 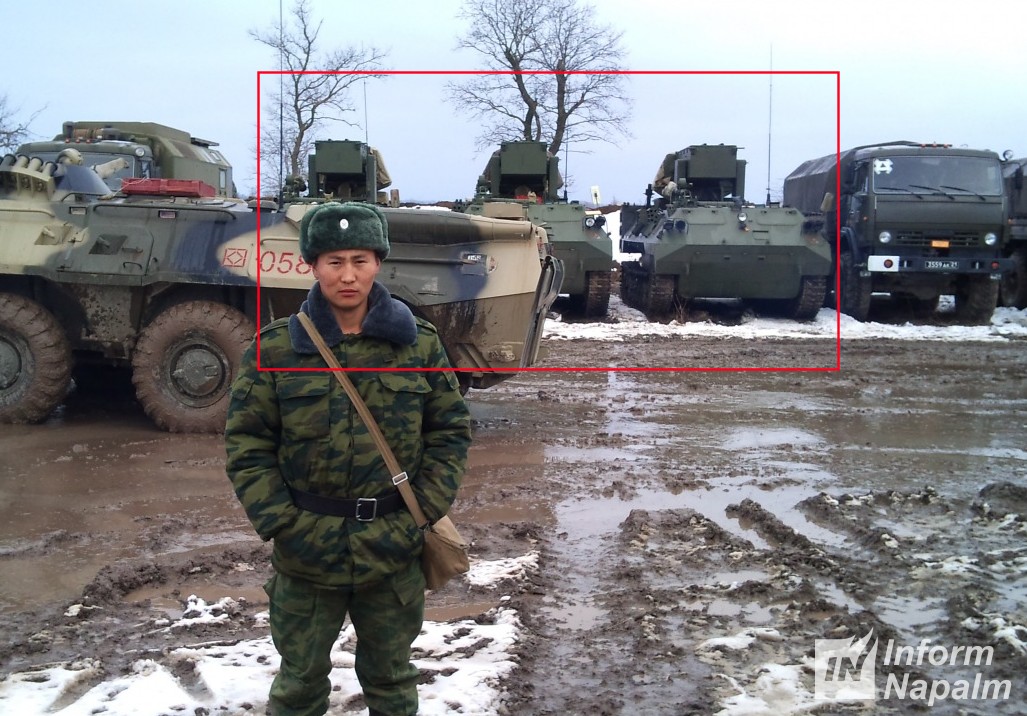 In winter of 2015, three Rubicon stations were spotted by a dash cam in the city of Cherepovets. They were being transported on civilian flatbed trucks with Saint Petersburg license plates (Vector research institute from Saint Petersburg manufactures and services these stations). 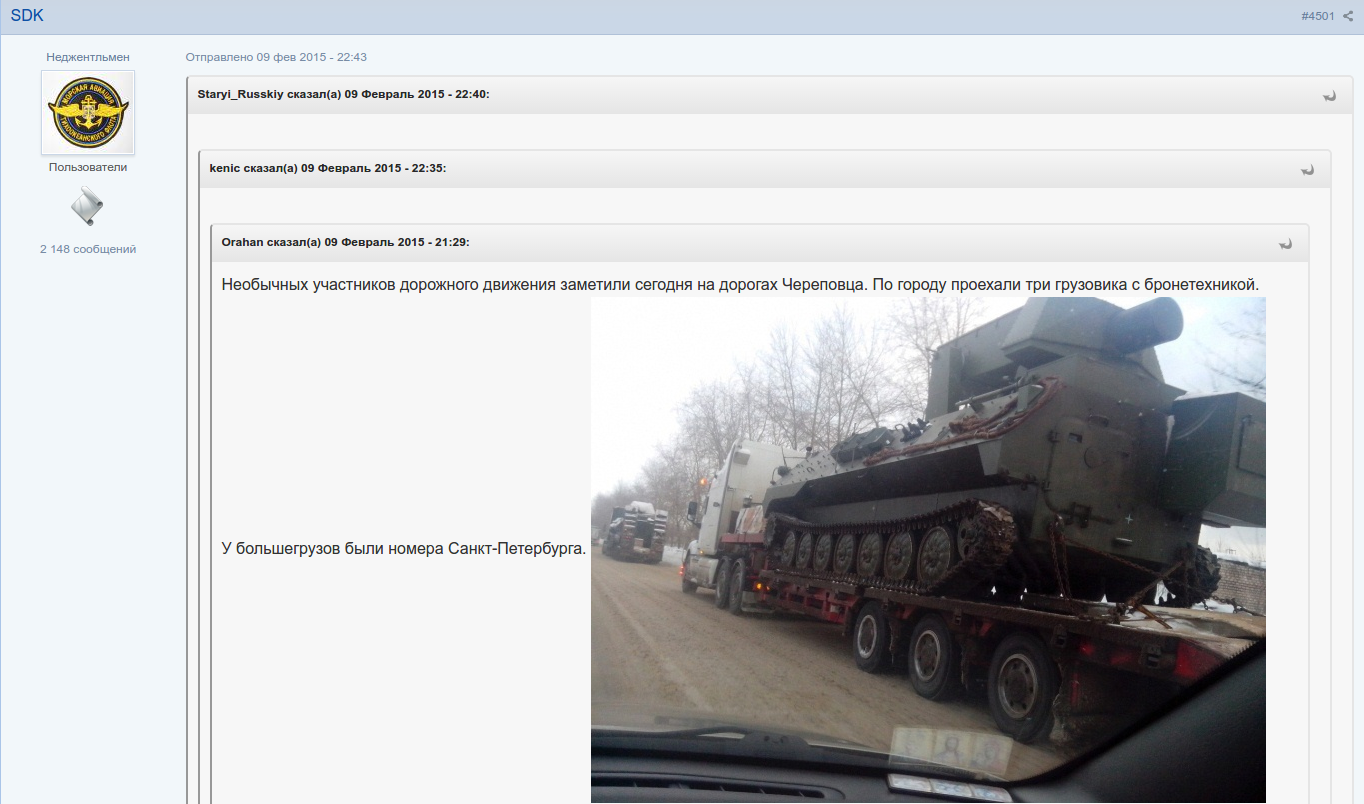 Presumably, the stations were undergoing a maintenance or an upgrade. It is possible that this is new equipment which Vector is handing over to the Russian Armed Forces. Another case of Rubicon being spotted in 2014 could be seen here.

We spotted Rubicon in Donbas through yet another mercenary of the Russian occupation corps from Saint Petersburg using an alias Mister Evil. He posted his photos on a social network with the station in the background (profile, photo album). 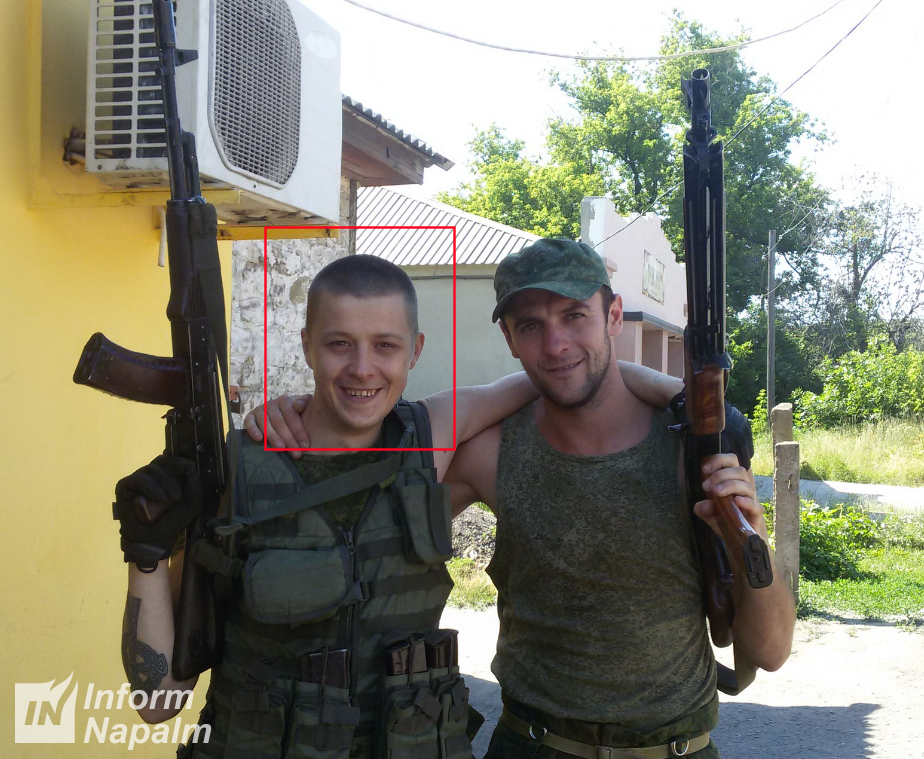 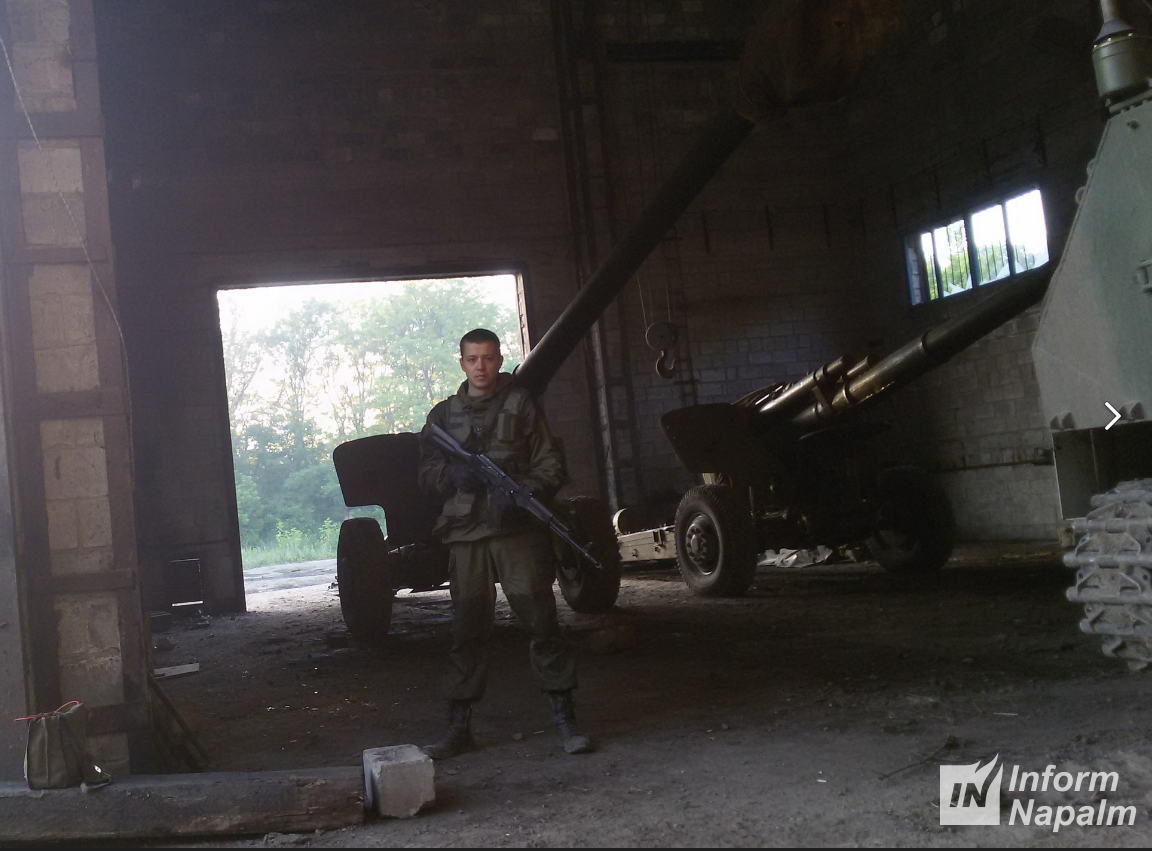 The photo with the station in the background was uploaded into his photo album (archive, original album) on October 28, 2016. The picture was taken presumably in winter 2016. 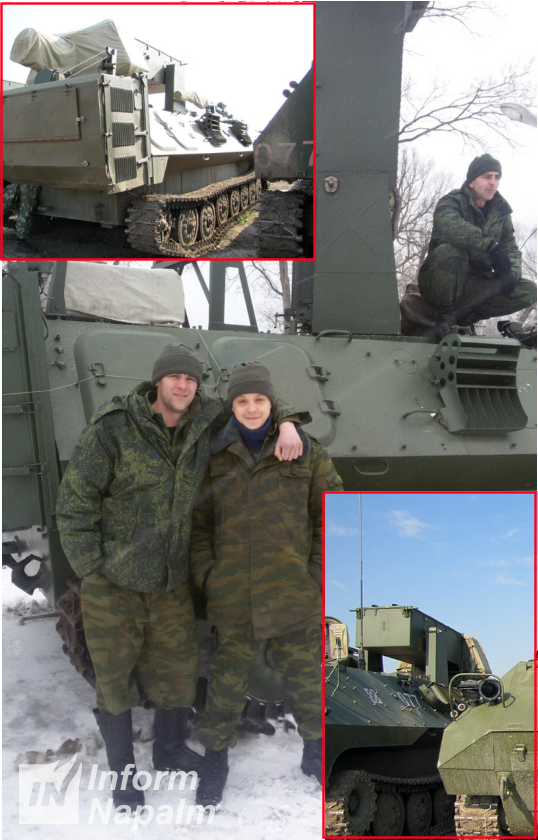 The exact location of the station has not been identified. However, we reliably know that the unit of this mercenary from Saint Petersburg is stationed in Donetsk Oblast: this fact was established based on a photo, posted (archive) on October 14, 2016. It features a billboard with the announcement of the roofing services, and a mobile number 099-108-15-77 (MTS-Ukraine provider). Search results for this phone number show a social networks profile of Sergei Stroy (archive) advertising construction and roofing works. The profile is localized to Donetsk. 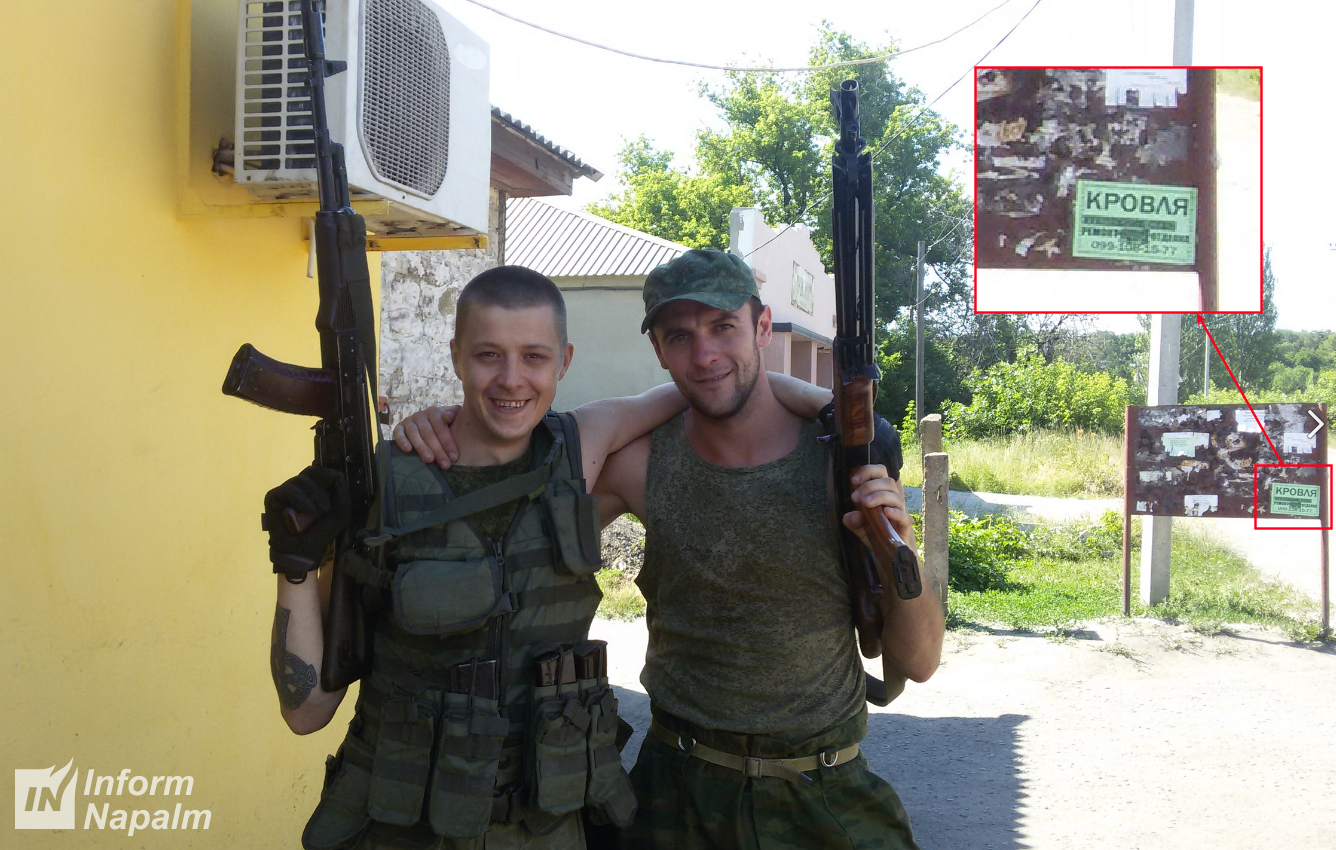 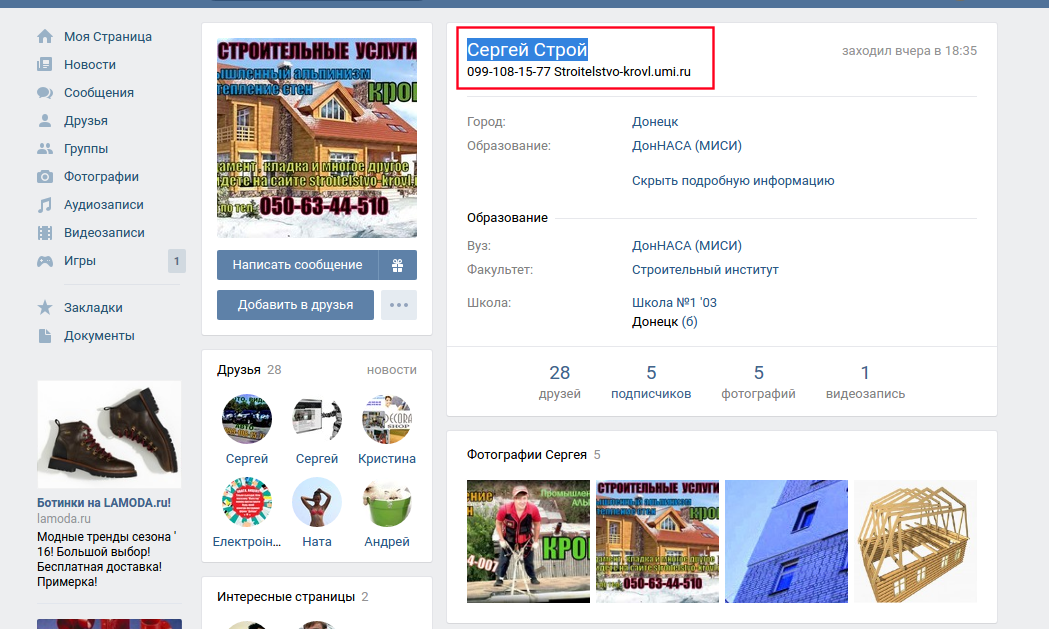 Another interesting photo in “Mr. Evil’s album was posted on August 25, 2016 (archive). It shows a wire coil, on which you can see the inscription “БУАР”, which is a Russian abbreviation for battery of control and artillery reconnaissance. Also note a comment by his friend Vladislav Buslaev (archive, photo album): “You’d better paint over the lettering on the coil)))”. 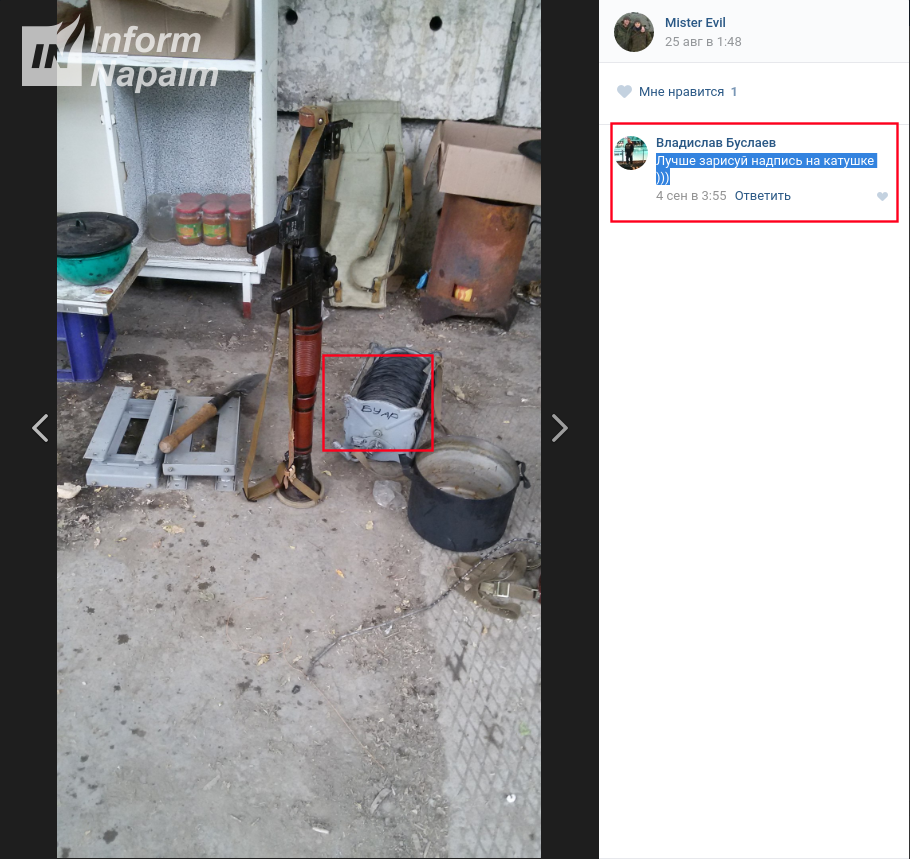 In Buslaev’s photo album, there are notable photos of classrooms with artillery theodolites and rangefinders. And there is also a photo of a BMP-1 (a Russian infantry mobility vehicle) with the tactical marking of 11 in a rhombus suggesting that Buslaev and the Saint Petersburg mercenary both serve in the artillery reconnaissance detachment of the 11th Motorized Rifle Regiment (former Vostok Brigade) of Russian occupation corps (so-called 1st Army Corps of Donetsk People’s Republic (DPR)). Regimental base is in Yasynuvata near Donetsk.

All these facts indicate that 1RL243 Rubicon SIGINT station is operated by the 11th Motorized Rifle Regiment in collaboration with artillery reconnaissance detachment. The station is used to determine the coordinates of radio emitting sources for their subsequent targeting by the artillery.

In the course of the investigation, we found further information about the St Petersburg mercenary Mister Evil. We have established his real last name (Golovnya), and found that his young wife Maria Golovnya (profile, album) is employed as an advertising manager at Svarog Holding in St Petersburg. 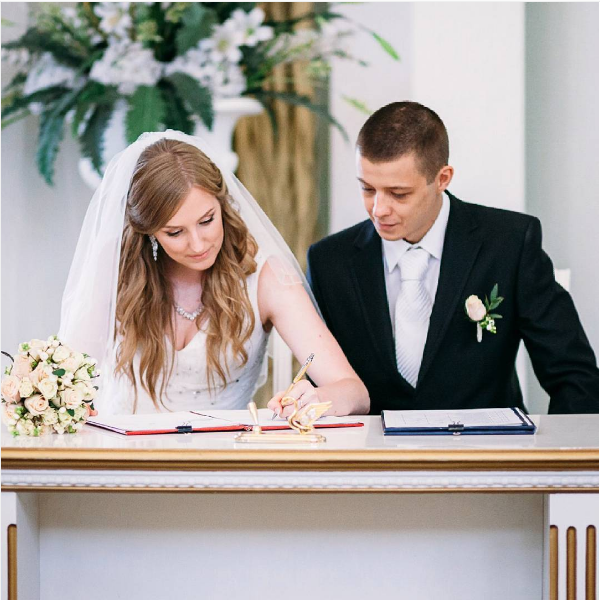 In addition, we analyzed the video (archive) posted by Golovnya on October 8, 2016 (file name 20160620_030553 [1] most likely contains the recording date and time: June 20, 2016, 3:00 am). Snippets of radio traffic are audible: “beyond the spoil tip”, “sub-station and some other buildings nearby,” “light on nearest gun barrel”. The conversation hints at the area of the Zasyadko Mine in Yasynuvata.

InformNapalm volunteers thank Ukrainian patriots living in the occupied territories of Donbas, for the information and materials for analysis.

This investigation has been prepared by the InformNapalm volunteer intelligence community. An active link to the authors and our project is obligatory for any reprint or further use of the material.
(Creative Commons — Attribution 4.0 International — CC BY 4.0 )
For notifications about InformNapalm investigations follow us on Facebook.

No Responses to “Rubicon – another Russian mobile EW station spotted in Donbas.”