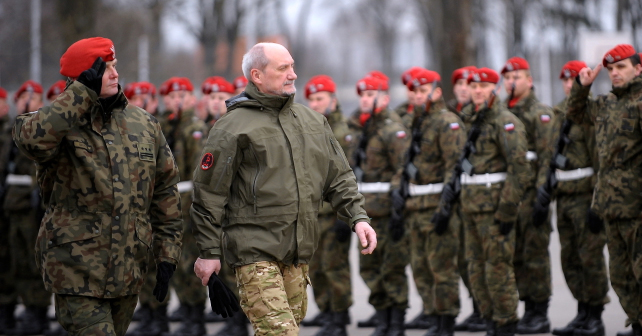 This opinion was expressed by Minister of National Defense of Poland Antoni Macierewicz,at the Halifax International Security Forum which took place in Canada on November 18, Ukrinform reports.

“The results of the exercise ZAPAD-2017, which ended two months ago and stretched from the Arctic Ocean along to the Black Sea, exercise with the use of ballistic missiles and Iskander missiles able to carry nuclear warheads, showed that they are not preparing for defense, but for offense,” said Macierewicz.

Recall that Infornapaln international intelligence community held a marathon on monitoring open sources of information on the preparation and active phase of the joint military exercises of the Russian Federation and the Republic of Belarus “Zapad-2017”.

The results and conclusions of this monitoring can be found here.