Signs of hybrid information provocations on the border between Ukraine and Belarus. Who benefits? 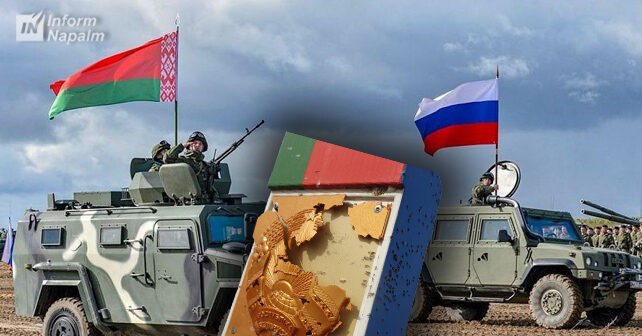 It is expected that within the active phase of large-scale Zapad-2021 military maneuvers, which took place at 9 Russian and 5 Belarusian training ranges, the Republic of Belarus, probably following Russia’s request, moved to hybrid information provocations on the Ukrainian border.

On September 15, the Border Committee of Belarus stated (archive) that the Belarusian border sign had allegedly been shot at from the territory of Ukraine. The incident, according to Belarusian border guards, occurred on September 11 at the Pinsk border detachment. It is reported that the coat of arms was damaged by a shot from a hunting weapon. An eloquent photo was attached to the message. 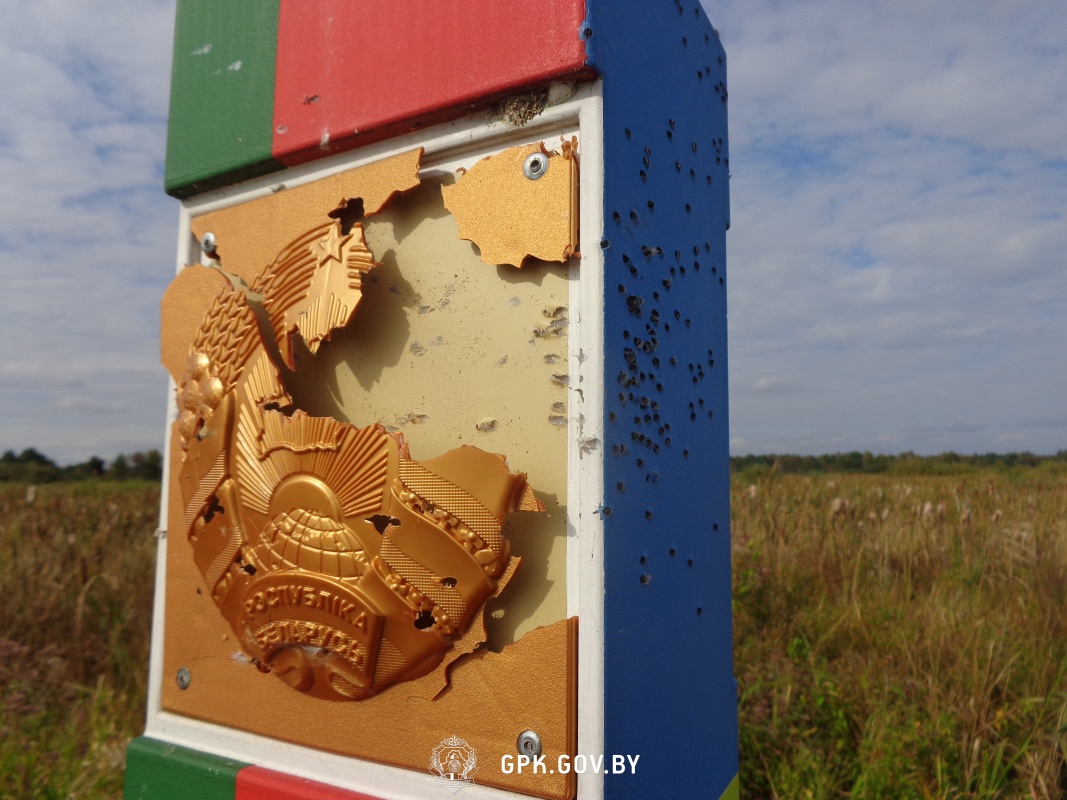 From the details of the message, the incident at the border itself looks like a petty hooligan prank because the border sign was shot at with a hunting weapon, not a combat weapon. In addition, it is unclear whether this happened intentionally or by accident. However, the incident’s timing and location are fully aligned with Zapad-2021 military exercises in Belarus. Among its participants there are Russian servicemen from military units that have already been involved in a hybrid military aggression against Ukraine. In particular, one of such units is the 76th Guards Air Assault Division of the Russian Armed Forces (unit 07264) which since September 10 has conducted reconnaissance of the area and testing tasks in Belarus. 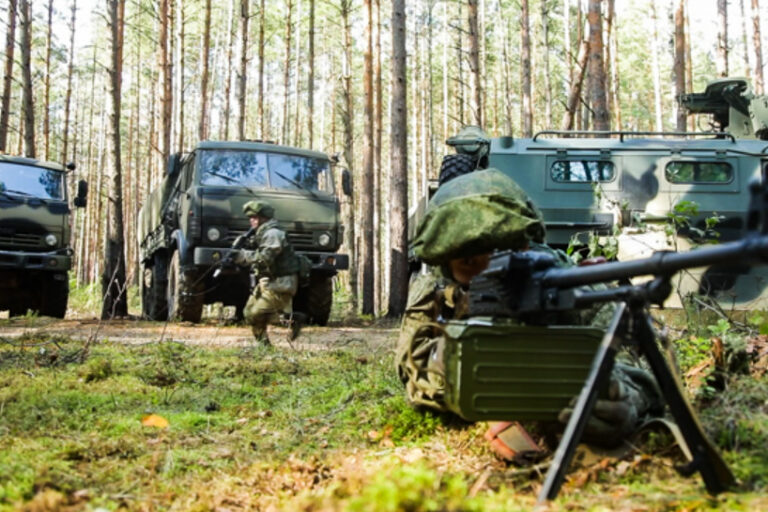 The loud headline of the message on the official website of the Border Committee of Belarus looks quite provocative and categorical: “Belarusian border sign fired at from the territory of Ukraine.”

The report states that the damaged sign was found by Belarusian border guards from the Svarin border outpost.

Russian media predictably picked up the message from the official website of the Border Committee of Belarus and began to actively disseminate it.

It appears that this is an attempt to rise the tension on the part of the Belarusian side. In addition, the Ukrainian side reported important details which the Belarusian border guards omitted in their official statement for some reason.

On September 16, the information pretext was further escalated by statements from the Investigative Committee of the Republic of Belarus. Russian media continued to replicate this information. 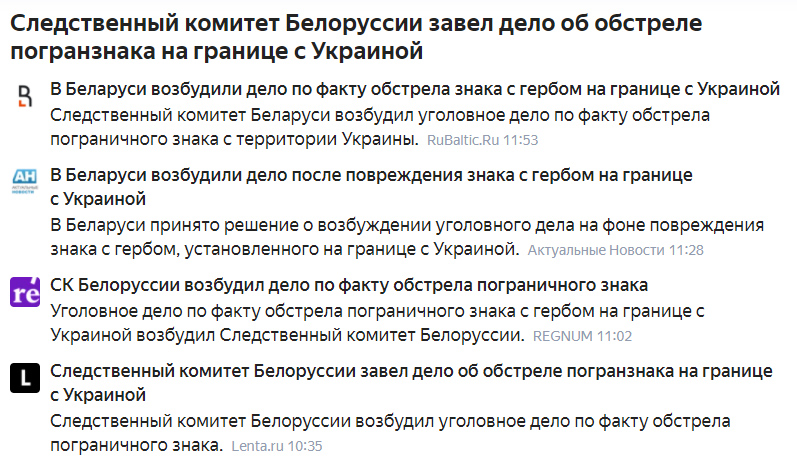 Official comments of the State Border Guard Service of Ukraine

A spokesman for the State Border Guard Service of Ukraine (SBGU), Andriy Demchenko, told Ukrayinska Pravda newsletter that a damaged border sign on the border with the Republic of Belarus had actually been found by a border patrol of the Lutsk SBGU detachment. This situation was immediately reported to Belarusian border guards and Ukrainian police. The nature of the damage indicated the possible use of a hunting rifle.

“The nature of the area – swampy shrubbery – makes it impossible for people to walk in this area and no signs of people near the border mark have been identified. However, the sign is located near the canal that connects the lakes of this area, so it is possible that the damage could be caused by violators passing through by boat… During the inspection on the ground, no used cartridges from hunting weapons were found. A border-representative meeting was held with the Belarusian side. The search for those involved continues. During the meeting, the Belarusian side did not make any claims or accusations against the SBGU,” Andriy Demchenko said.

On the map, you can clearly see a fairly extensive system of water canals in this section of border area between ​​Belarus and Ukraine, so violators could have gotten to the border sign unnoticed by boat, leaving not a trace. For some reason, the Belarusian side remained silent about this. 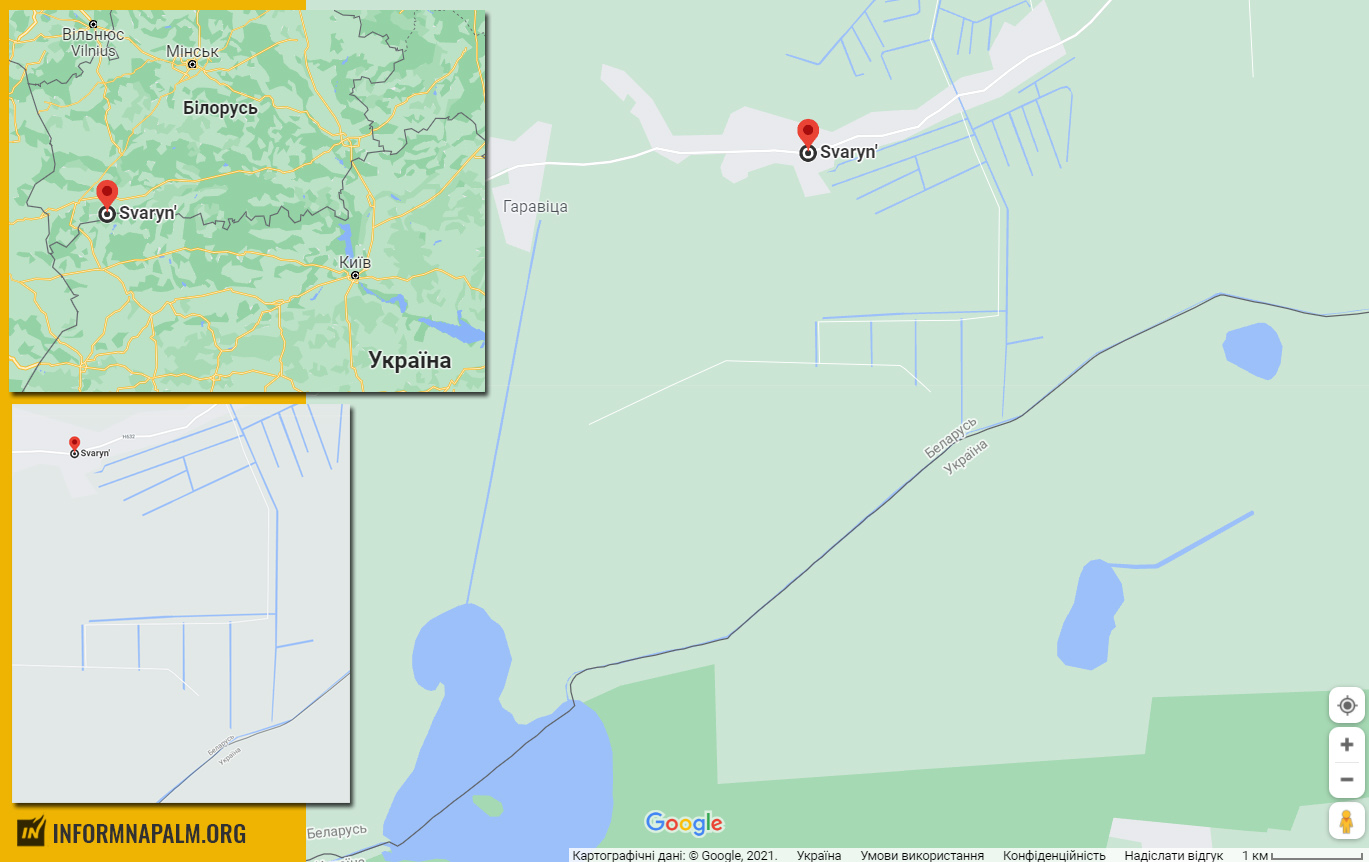 But who needed to prepare so carefully for the provocation and even artificially inflate it with a loud message on the official website of the Border Committee of Belarus?

Of course, such messages could not be taken seriously if they were not once again heard against the background of the active phase of the Russian-Belarusian exercises.

It is worth mentioning that 4 years ago, in September 2017, similar strategic joint Russian-Belarusian Zapad-2017 maneuvers took place. These maneuvers were then analyzed by the Belarusian edition of the InformNapalm international volunteer community website and its editor-in-chief Belarusian journalist Dzianis Ivashyn (arrested by the Belarusian KGB in March 2021 and currently incarcerated by the Lukashenko regime as a political prisoner). Also, provocative information statements made by Belarusian security forces featured these maneuvers.

For example, then Chief of the General Staff of the Armed Forces of the Republic of Belarus Oleg Belokonev noted that during strategic exercises the Armed Forces of Belarus must respond to a possible potential threat in the north of Rivne Oblast of Ukraine from Pravyj Sector (Right Sector) nationalist units. Then this statement gave certain operational space to the Russian Army to carry out any armed provocations or sabotage. Thus, as Dzianis Ivashyn noted in his analytical article-report, Belarus was involved in all possible scenarios of Russia’s military adventures against Ukraine.

Therefore, during military exercises, Russia periodically palpates the northern border of Ukraine from the territory of Belarus and conducts not only military reconnaissance of the area, but also information reconnaissance and training to create a formal pretext, kind of casus belli, in case of a political decision to open a second front against Ukraine.

At the end of 2018, in an analytical article for Ukrainskyi Tyzhden (Ukrainian Week) newsletter, Roman Burko, founder and volunteer of InformNapalm international community, noted that among the hybrid plans that Russia may try to implement against Ukraine is the risk of provocations in border areas, especially on the Ukraine-Belarus border. The simplest and most likely scenario in this case is a banal shooting or explosion at a border checkpoint. In that case, Moscow could easily manipulate Minsk into making further high-profile statements, throwing heat into Lukashenko’s hands to create a new hotspot on Ukraine’s northern border.

Border incidents and provocations in Belarus have recently become more frequent and appear to be elements of deliberate hybrid aggression against Ukraine and NATO countries. It is not Belarus itself that is primarily interested in such hybrid aggression, but the Russian side, which is trying to remain in the shadow of the Lukashenko regime’s actions, so as not to be exposed to further direct sanctions by the EU and the United States.

In August 2021, Lithuanian border guards showed vivid videos with examples of the preparation and implementation of provocative actions by Belarus, and InformNapalm international volunteer community drew attention to how Belarusian propaganda provides information on hybrid attacks on Lithuania. It is possible that such actions were directed not by Minsk itself, but directly developed in Moscow or with the help of Russian experts.

Three days before the start of the active phase of the Zapad-2021 maneuvers, InformNapalm international community also recorded signs of the deployment of an information and psychological operation (IPsO) by the Russian Federation against the Ukrainian military in the south.

And so, the informational pretext mentioned in this publication and the elements of its presentation by the Belarusian side suggest that it may also be part of a hybrid information provocation created either directly by the Russian military or in the interests of the Russians by their Belarusian counterparts in the northern borders of Ukraine.

Since the spring of 2014, Ukraine has been in under hybrid military aggression by the Russian Federation. Russia first seized and occupied the southern territory of Ukraine – the Crimean Peninsula, then launched hybrid military operations in the eastern territory of Ukraine and created a hot spot in the Donbas. The next step in a hybrid military siege of Ukraine could be the northern border. And it is most convenient for Russia, as in the case of the war in the Donbas, not to admit its participation in the aggression, but to create a formal pad of proxy forces that will operate from the territory of Belarus. Responsibility and sanctions will automatically fall on the Lukashenko regime, if he continues to formally rule in Belarus, or on forces that can replace him with Russia’s political and military support. In the meantime, Russia will be able to supply them with disguised military personnel, modern military equipment and weapons, and Moscow will make statements about “the desire for peace,” “readiness to act as a moderator for resolving the conflict,” and so on. Such a scenario is quite possible and at the same time, as the war in the Donbas shows, the civilized Western world still does not have effective tools for counteracting such hybrid aggression.

Perhaps, the effectiveness in this issue depends on the readiness for collective defense and military counteraction, and not only on the constant “deep concern”, which in no way stops the aggressor. Sanctions work, but not quickly and effectively enough to stop the aggressor’s intentions. The launch pad from the territory of Belarus opens for Russia not only space for additional hybrid military actions against Ukraine, but also space for hybrid (hidden) war against NATO countries.

No Responses to “Signs of hybrid information provocations on the border between Ukraine and Belarus. Who benefits?”