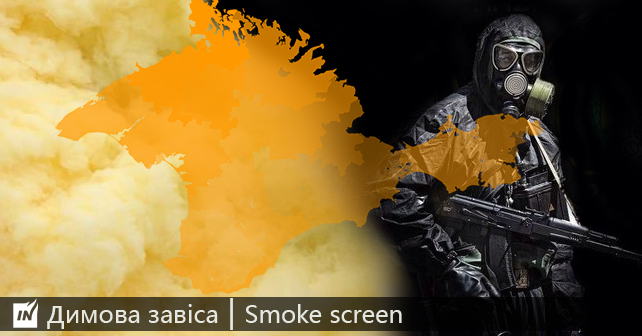 This OSINT investigation by InformNapalm evaluates recent maneuvers of Russian Troops of Radiological, Chemical and Biological Defense in different regions of the Russian Federation, as well as registers the presence of Russian NBC equipment in occupied Crimea.

Blowing smoke is a traditional strategy of Russia on the international arena used during Russian aggressive actions against neighboring countries. Many analysts and experts mention it. Meanwhile, there are special forces and equipment which are supposed to bring it to life in a military sphere – those are Troops of Radiological, Chemical and Biological Defense (RChBD) of the Russian armed forces (used to be called Chemical corps before 2003). Among their tasks are:

There are other tasks that are not related to the subject of this investigation. 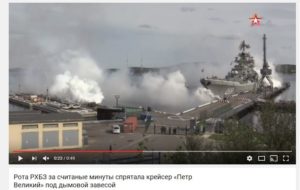 There were many military exercises of the Russian Armed Forces in the first half of August, and in particular, Troops of Radiological, Chemical and Biological Defense. There were two weeks of training in aerosol masking   of the town of Severomorsk, the main base of the Northern Fleet (the town is a closed administrative territory, access is provided to those with permission only – editorial note). Units of the radiological, chemical, and biological defense of the Baltic Fleet practiced  in industrial disaster recovery at a training range in Kursk Oblast. Not long ago there were exercises by RChBD Troops at the mountain training range Kamkhud in Armenia  and by units of the Russian Operational Group in Transnistria   in Moldova.

In Siberia, RChBD specialists destroyed the remains of 600 reindeer infected with anthrax:

“Six mobile groups act directly within the infection zone, each of the groups consists of a dozen of liquidators. They do burning and disinfection, using inflammable composites, oil products and old tires,” the statement says.

As we informed earlier, specialists from the Chemical Corps had already been noticed during their “missions” to the Donbas conflict zone . Moreover, special equipment and armament of RChBD Troops were noticed in Syria.

During the massive maneuvers of military equipment in Crimea in August , special equipment of the Russian RChBD Troops was noticed. For example, near the town of Belogorsk in the village of Donskoye, at least three TMC-65M decontamination vehicles (thermal machine special) were seen in a military convoy. They are built on a URAL-379D truck and use an engine from a MiG-15 jet.

Identification and confirmation of the place of the filming done by user galandecZP. 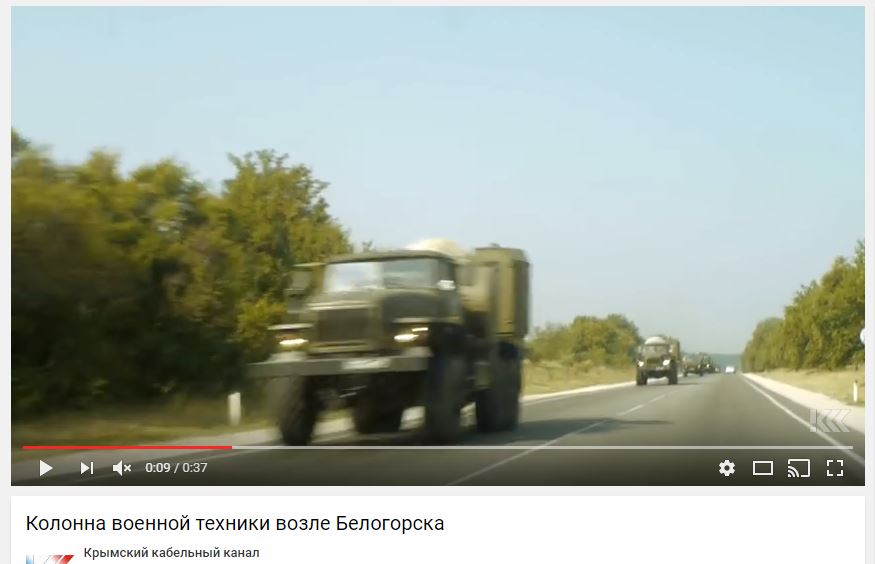 The following video  shows how this machine works. Air supersaturated with water and carbamide particles received as a result of burning of fuel in the TMC-65 vehicles is ejected into the atmosphere where it condensates creating steady artificial fog. 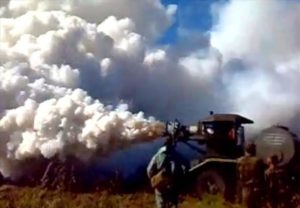 Fog can also be made while vehicles are en route as well. Though the smoke is thick, the direction of the movement (attack) and the wind should match when it is used for masking.

As some analysts and experts point out, the August Russian provocation in Crimea that involved the kidnapping of a Ukrainian citizen, a former worker of the Zaporizhzhya nuclear power plant Yevheniy Panovand accusing him of “planning and conduction subversion and terrorist acts” might be an informational piece of the campaign to create a casus belli for further escalation of combat actions and an advance operation of Russia against Ukraine.

In these terms, relocation of smoke generator vehicles that can effectively act against reconnaissance (including satellites) can be an additional indirect sign proving that Russia is getting prepared for an offensive.

The article was prepared by Victory Krm. Equipment identification by Dmitriy K.