Russian Grads, as well as howitzers, tanks, mortars were detected in the Luhansk and Donetsk oblasts 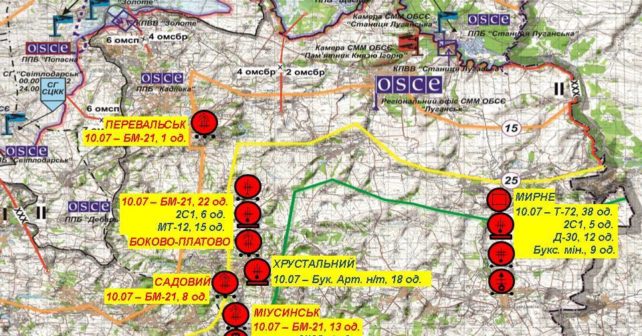 On July 10, SMM UAV has detected 44 multiple launch rocket systems (MLRS) BM-21 Grad (122mm) in the Luhansk direction. In particular, 1 MLRS on the outskirts of Perevalsk, 22  MLRS – near  Bokovo-Platove, 8 MLRS near the settlement of Sadovy and 13 MLRS – in Miusynsk raion. In addition, near Ternove in the Donetsk oblast a self-propelled howitzer (2S1 Gvozdika, 122mm) and three towed howitzers (D-30, 122mm) were recorded.

On the same day, on temporary occupied territory of Ukraine the Mission’s UAV recorded 168 weapons, which are located beyond withdrawal lines but outside of designated storage sites. Namely: 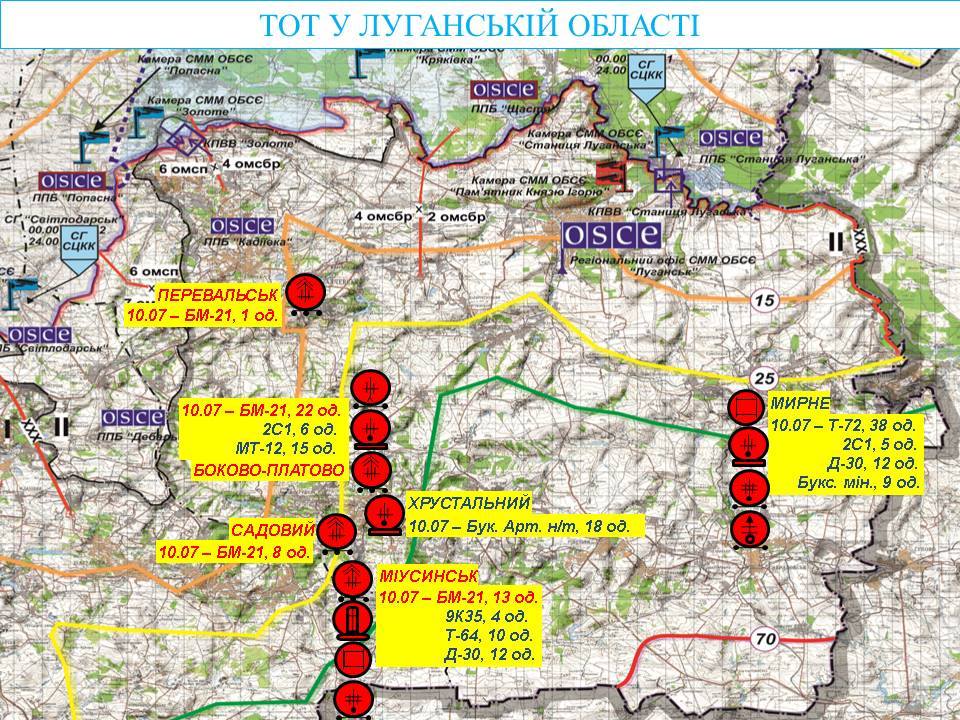 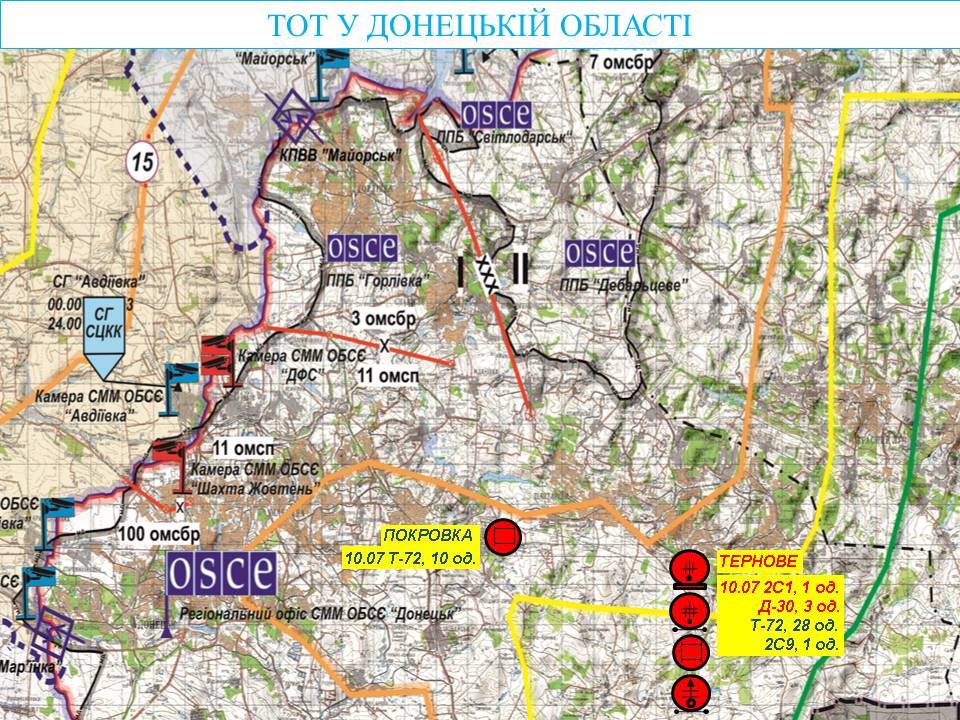 It should be noted that interposition of such a large number of weapons and military equipment in violation of the lines of withdrawal and designated storage sites, once again shows  that the Russian occupation forces are disrespectful to the Minsk agreements and don’t want to fulfill their obligations.

Read also: Database and Video Overview of the Russian Weaponry in the Donbas

No Responses to “Russian Grads, as well as howitzers, tanks, mortars were detected in the Luhansk and Donetsk oblasts”