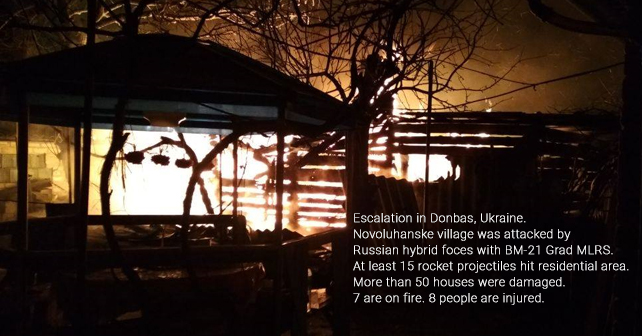 Is there any connection between the announcement by the Russian Federation of the withdrawal of its officers from the Joint Center for Ceasefire Control and Coordination and the escalation of hostilities in the east of Ukraine? As Ukraine was preparing for St. Nicholas Day celebrations, the village of Novoluhanske in the north of Donetsk Oblast was subjected to a gruesome bombardment. The shelling fell into an already established pattern of Russia aggressively and cynically escalating the hostilities in Ukraine on the eves of major religious holidays in an apparent effort to injure not only the bodies, but also the spirit of the people. 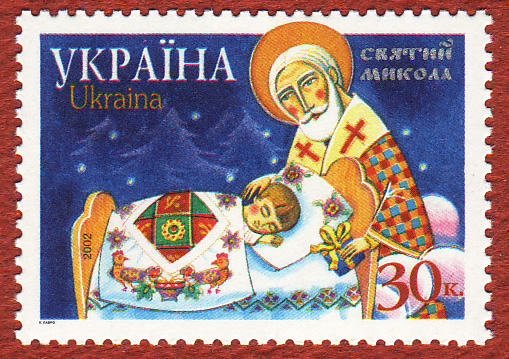 On December 19, Ukraine traditionally celebrates St. Nicholas Day. This is an important family holiday at the beginning of the Christmas season, when St. Nicholas visits good children during the night of 18–19 December and puts presents under their pillow. This warm family holiday has taken root not only in Ukraine, but also in other countries of Eastern and Western Europe, however it has not become popular in Russia. This is one of the differences in the cultural traditions of Orthodox Christians in Ukraine and Russia.

As we followed the development of the military conflict in the east of Ukraine, we could not help, but notice that Russian occupation forces and illegal armed groups have been using the eves of religious holidays for bloody provocations and terrorist attacks on civilians.

On the night of December 18, Russian hybrid forces from the occupied city of Horlivka fired 122 mm caliber BM-21 Grad multiple launch rocket systems (MLRS) on the village of Novoluhanske located in close proximity to the contact line in Ukraine-controlled territory. The shelling hit civilian houses and started massive fires. 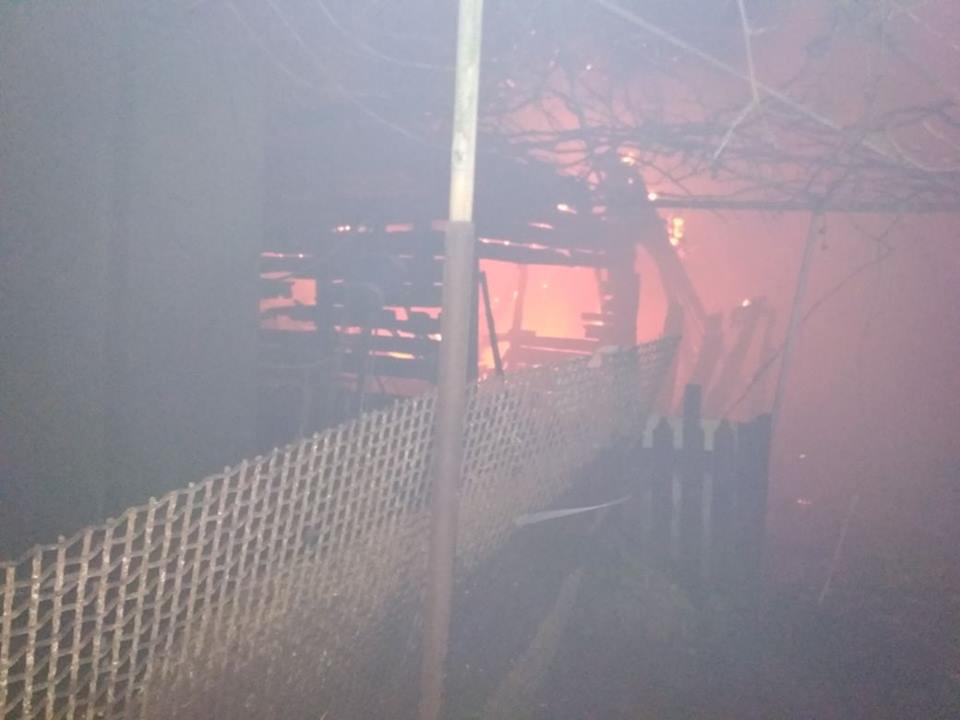 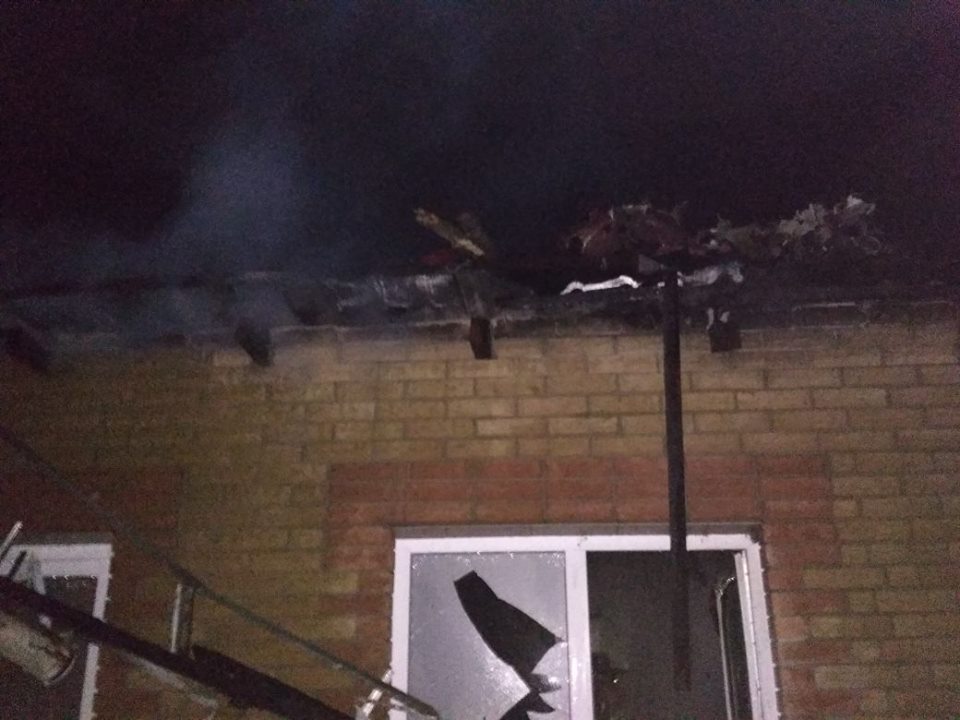 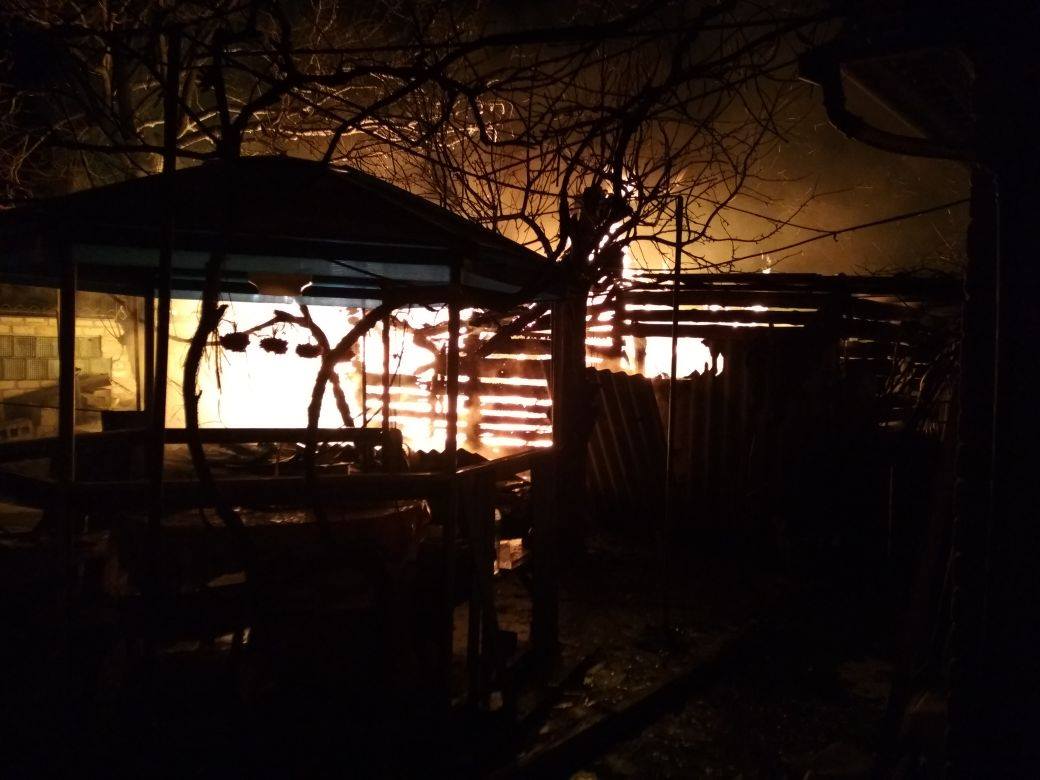 Photos showing consequences of the bombardment have been published by the press center of the Antiterrorist Operation (ATO) Command.

Russian shells also fell in the area of a school, kindergarten and outpatient clinic. Half of the village was left without power due to damaged power lines, and a gas pipeline was partially damaged.

According to Pavlo Zhebrivsky, the chairman of the Donetsk Regional Military and Civil Administration, as of 8:15 pm on December 18, eight people were injured, dozens of houses were damaged by fire, five houses substantially and three were burned completely.

The ATO press center specified that on December 19, a humanitarian aid center will be deployed in the village with mobile field kitchens and warming tents for people affected by the shelling. Because of the high threat to civilians from unexploded rockets in the village and its vicinity, Ukrainian ordinance disposal teams started operating in the morning.

InformNapalm volunteers promptly reported on Twitter about the MLRS barrage to notify foreign journalists and the international community about the sharp escalation of Russian aggression in the east of Ukraine.

Later, a video also appeared, showing the consequences of the shelling.

Establishing that Novoluhanske was shelled from Horlivka

Dmytro Tymchuk, the coordinator of the Information Resistance group, and a member of parliament of Ukraine, reported that in the occupied Horlivka, in the Bayrak-Gurta area, a masked artillery cache of the Russian occupation forces had been spotted consisting of a total of up to 4 batteries, including at least 6 units of 122 mm BM-21 Grad MLRS.

In addition, according to reports by local residents of the Dubki neighborhood, living in the occupied territory of Horlivka, MLRS’s were firing from the area between the Stirol chemical plant and the city’s Filtering Station # 1.

Crime-ua.com, with reference to the post by volunteer Roman Donik and intelligence data, reported that the name of the person who had commanded the shelling of Novoluhanske was apparently known. This is Olga S. Kachura, a first deputy commander of the artillery battalion of the 3rd Motorized Rifle Brigade (MRB) of the Russian occupation troops in Horlivka. The publication indicates that previously Kachura, as part of a group of 8 militants from the 3rd MRB (military unit 08803), was sent to a refresher course at the Mikhailovsky Artillery Academy of the Russian Armed Forces in St Petersburg.

On December 18, the official website of ZVEZDA, the media company of the Russian Army reported that Russian officers as of December 18, 2017 withdrew from operations of the Joint Center for Ceasefire Control and Coordination. The story featured a photo of a high-rise apartment building destroyed by shelling (archive). Many analysts and military experts linked this step by the Russian side to Russia’s plans to escalate hostilities in the east of Ukraine.

Thus, Russia, through its armed forces and Moscow-controlled militants, cynically and aggressively “greeted” the Ukrainians on St. Nicholas Day, sending Grad missiles to the children of Novoluhanske and making bonfires of their homes.