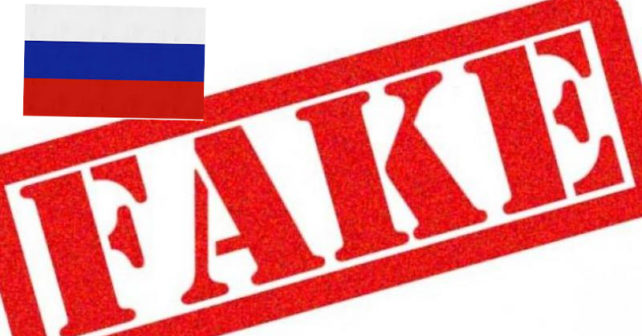 According to the operational data of the Information Resistance group, Russian intelligence agencies are planning a new propaganda campaign to discredit Ukraine.
In the coming days, representatives of one of the Russian federal TV channels should arrive in the territory controlled by the Donetsk People’s Republic (DPR) in order to make a detailed story about the “crimes of the Ukrainian Armed Forces against the civilian population of the DPR”.

The protagonists of this story will be 7 Ukrainian soldiers, who were going to the headquarters of their unit on a military truck, whereas its driver deviated from the designated route and brought the military men to the temporarily occupied territory. There, they were detained by personnel of the Russian Armed Forces.

At the moment, Ukrainian military men are being held in Makiyivka detention facility, where representatives of the Russian intelligence “work” with them, apparently exerting psychological pressure on them. The POWs were handed out specially prepared texts for memorizing, which they would have to recite in front of the cameras of the Russian propaganda channel. An interesting detail is that local collaborators employed at the so-called “security agencies of the DPR” are not allowed any access to the POVs.

Russian propaganda is set to present its own version of the events, where a “Ukrainian subversive group consisting of 8 men, on the orders of the Joint Forces Operation command, was sent to the temporarily occupied territory for sabotage on civilian infrastructure (water supply, electrical grids, etc.); however, thanks to the vigilance of ‘intelligence and counterintelligence’ of the DPR, the group was captured while crossing the contact line of contact”.

According to the plan of media provocation, the POWs will have to reiterate (clearly, under duress) the Russian propaganda version of the events. Relevant documentary evidence will also be fabricated.

The soldier who drove that truck and brought the soldiers into captivity was recently released following a deal mediated by Viktor Medvedchuk, a Ukrainian parliamentary candidate widely known for his pro-Russian stance and close friendly ties to V. Putin. According to the Ukrainian media, the wife of one of the POWs accused the truck driver of having contributed to the capture of her husband and his comrades in arms. Later there allegations  were refuted on Facebook page of 53th Brigade of Ukrainian Armed Forces.

No Responses to “RUSSIAN PROPAGANDA PREPARES ANOTHER FAKE”