The Hasty Withdrawal of Russian Special Forces from Luhansk Linked to the Threat of Rebellion, According to the Source Close to the 3rd Spetsnaz Brigade 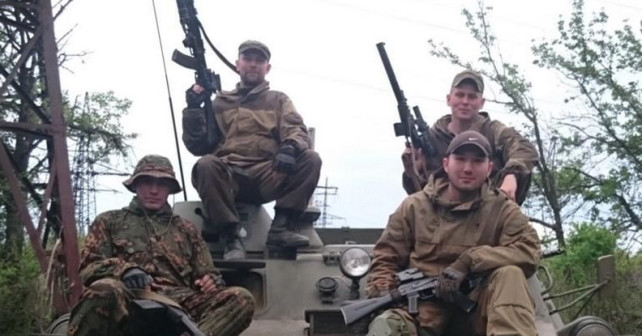 After the capture on May 16, 2015, in Luhansk Oblast of two Russian Spetsnaz troops, Captain Erofeev and Sergeant Aleksandrov, their unit was immediately withdrawn from a temporary base in occupied territory and hastily transferred from Millerovo airfield in Rostov Oblast to their home base in the Russian city of Tolyatti.

Previously, it was assumed that such a hasty withdrawal happened because of the disclosure of information on the size, location, and mission of the Russian reconnaissance unit, but the real reasons were much more serious. A former serviceman of the 3rd Spetsnaz Brigade, close to military personnel of the brigade, told the story on condition of anonymity.

After detailed analysis and verification of the information, we decided to make it public.

The details of failure, or the threat of rebellion

Upon arrival at home base, the troops returning from the “Ukrainian assignment” were quartered in separate barracks. Almost all cell phones and other electronic gadgets were taken from them. All attempts were taken to isolate them and prevent any contact with their comrades, family, and friends. On the same day, a group of representatives from the Russian Defense Ministry and people in plain clothes arrived in Tolyatti.

A wave of discontent and indignation arose among enlisted personnel and junior commissioned officers due to the fact that the State, in particular, the command of the Defense Ministry, gave up on their comrades. The greatest outrage was provoked by a statement that the captured in Ukraine servicemen were supposedly discharged before their assignment, and a campaign to discredit them by the Russian government began, involving members of their families.

The command of the brigade and high-ranking officials from General Staff became very concerned with the low level of morale and dissension among the brigade’s personnel. Immediately, identification of the disgruntled and disillusioned began. The rumors of a possible disbandment of the unit, in which the captured soldiers served, spread quickly.

The growing discontent among soldiers and junior officers forced the command to voice another, milder version of the future of the unit. The remaining personnel of the failed group will be dispersed among other units of the brigade. Those who wish to leave military service will be given that opportunity under certain conditions, such as signing a non-disclosure agreement and a temporary ban on travel abroad. “Sanctions” are also expected against commanders who led the reconnaissance and diversionary units and groups during the assignment. At the very least, they may be transferred to other, less prestigious locations; and in the worst case scenario, they can be eliminated, depending on further developments.

Most of the soldiers of the brigade, in spite of their discontent, realize that they are powerless before their command and will not be able to assert their rights, since according to the official version of the Russian Federation, they have not been in Ukraine (although there are orders to send them on the mission to Ukraine with their names listed in the Brigade headquarters). They also realize that they followed illegal orders being in the territory of another sovereign state illegally.

Prepared by Irakli Komaxidze based on the words of a person close to the 3rd Spetsnaz Brigade.

[EN] English: The Hasty Withdrawal of Russian Special Forces from Luhansk Linked to the Threat of Rebellion, According to the Source Close to the 3rd Spetsnaz Brigade

3 Responses to “The Hasty Withdrawal of Russian Special Forces from Luhansk Linked to the Threat of Rebellion, According to the Source Close to the 3rd Spetsnaz Brigade”