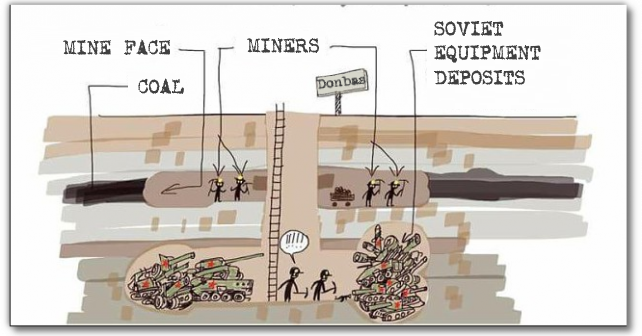 While monitoring social networks, volunteers of InformNapalm international intelligence community discovered new photos of modern Russian weapons and equipment in the occupied Donbas. In April 2017, at an open house at Donetsk Military Command College (DonVOKU, founded by Russians in 2015 in occupied Donetsk) visitors were presented with samples of military equipment in service with this “educational institution”. Among the equipment we identified the Russian modernized combat vehicle BMD-2 and the Russian military truck KAMAZ-5350 of the Mustang series. This equipment is not in the arsenal of the Ukrainian army and could not have been captured in the course of military operations. The identification was done thanks to the photo album of the official DonVOKU group on the Russian social media website Vkontakte.

The Russian upgraded BMD-2 combat vehicles with PL-1-01 (OU-5) spotlight visually differ from the Soviet BMD-2 by the laser PL-1-01 spotlight. They were upgraded at the Volgograd Tractor Plant in 2012. They have not been exported to Ukraine. One of the upgraded BMD-2 with a similar tricolor camouflage paint job that belonged to the 234th Air Assault Regiment from the Russian 76th Air Assault Division, was captured in the summer of 2014 by soldiers from the 25th Separate Airborne Brigade of the Ukrainian Armed Forces. 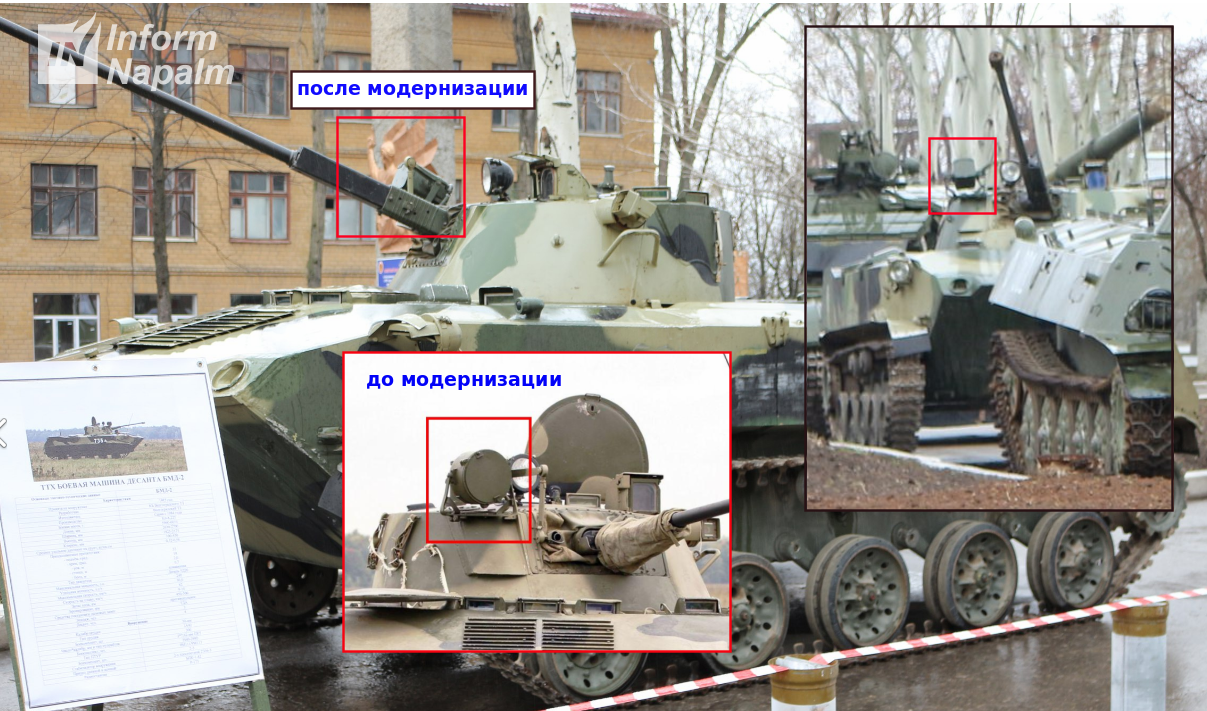 It is a Russian 6×6 military truck from the Mustang series manufactured by the Kama Automobile Plant. It has been produced since 2003. It has not been exported to Ukraine. It visually differs from old Soviet models in service with Ukrainian Armed Forces by a new air filter. 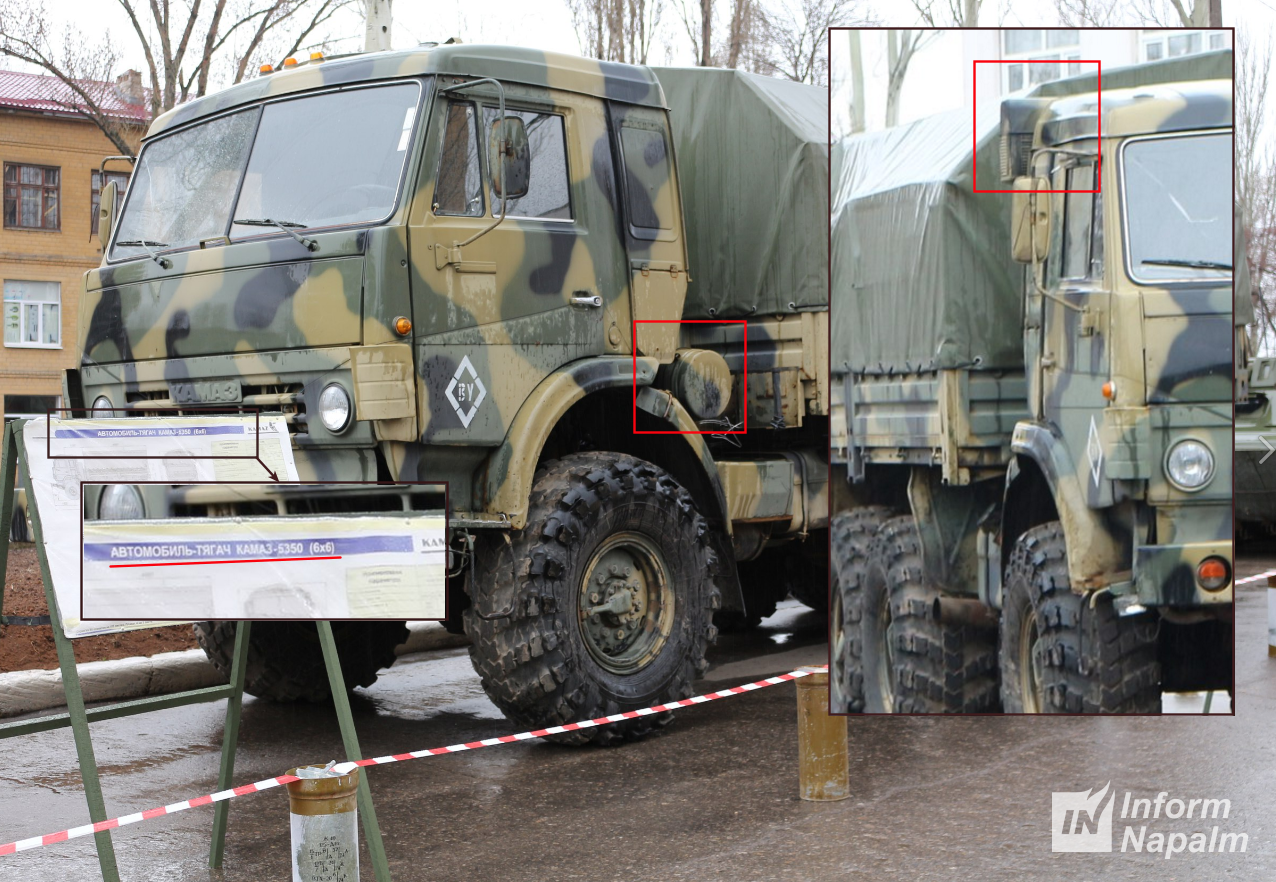 Here you can see a database and video overview of over 40 types of Russian weapons and special equipment in the Donbas. [silk interactive database]

By Mikhail Kuznetsov and Al Gri exclusively for InformNapalm website.