The Security Service of Ukraine Detained a Saboteur Tankman near Donetsk 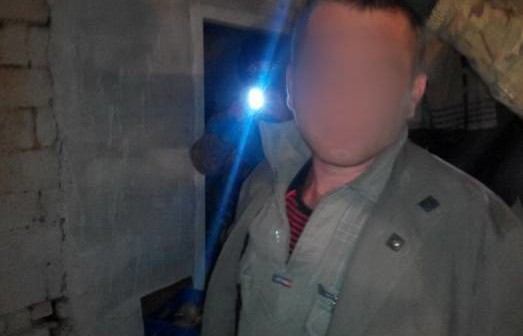 The Security Service of Ukraine (SBU) Counter-Intelligence together with the soldiers of the “Azov” Territorial Defense battalion detained a citizen of Ukraine “P” (1980 YOB, call sign “Crab”). The detainee, following the orders of the DPR terrorist organization, organized sabotage in the areas recently liberated by the ATO forces, with the aim to spread panic among the civilians and destabilize the situation in the region. 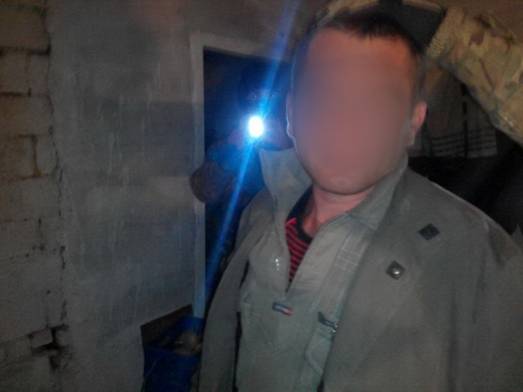 It was established that in July and August 2014, the criminal as a part of the “Vostok” battalion was involved in terrorist activities on the side of the so-called “Donetsk People’s Republic” near Pisky settlement (Donetsk Oblast).

In September “Crab” returned to the territory controlled by Ukrainian military with detailed instructions from the leaders of terrorists to organize acts of sabotage in the peaceful towns of the Donetsk Oblast. When he arrived the criminal created a network of informants and gathered intelligence on where to commit terrorist acts for maximum effect.

He was promised a “promotion” after completion of the tasks. Because his military speciality is a tanker, he was promised an appointment as a tanker in one of the Chechen units with the salary of UAH 60,000/month (vs UAH 5,000/month he received in the “Vostok” battalion).

Criminal proceedings in terms of the Article 258-3 of the Criminal Code of Ukraine have been initiated against the detainee. Operational and investigatory actions are in progress.