The counter-intelligence special group of the Security Service of Ukraine (SSU) together with the soldiers of the “Aidar” Territorial Defense Battalion liquidated a diversionary reconnaissance group of the “Luhansk People’s Republic” terrorist organization. This group adjusted the fire of artillery weapons and mortars upon the positions of the ATO forces and residential areas.

One of the terrorists belongs to the so-called “Almighty Don Host” and was found with military documentation and equipment of Russian origin that belongs to the military unit #55472 of the Russian Federation. This was confirmed by the logbook with the seal of the Russian military unit. According to the experts, the equipment found, namely a PG-1M panoramic telescope, is used for aiming and for laying direct fire from covered positions.

The militant was also found with fire adjustment tables and other documentation. This all confirms that the Russian Federation is clearly supporting terrorists operating in the territory of the Luhansk region. 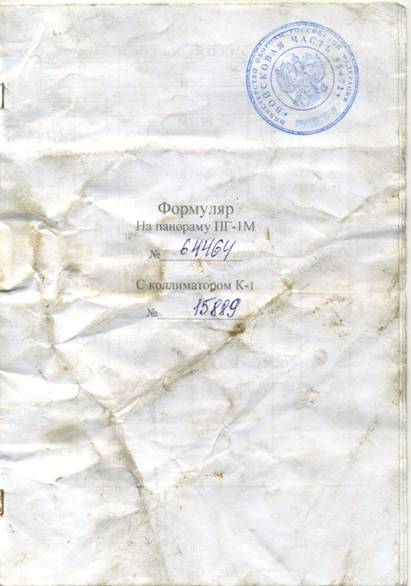