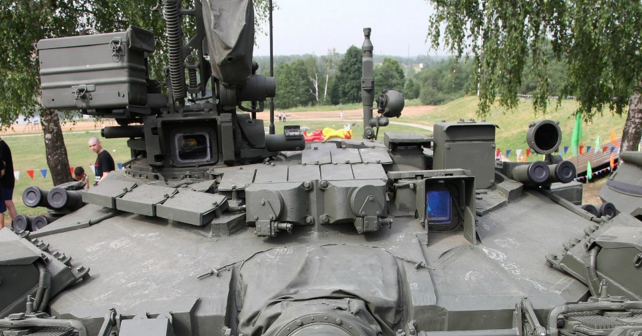 Identification of unique types of weapons and equipment, spotted in Donbas and issued to the Russian terrorist forces is an important aspect of collecting evidence of Russian hybrid aggression against Ukraine. InformNapalm international volunteer community, through OSINT-Investigations, has already documented over 20 unique types of weapons that could have been posted to Donbas along with military specialists only from the territory of Russia, which is a direct proof of Russia’s intervention in Ukraine. The community volunteers have also documented more than 145 incidents involving military personnel and/or equipment of 72 military units of the Russian Federation ((Russian army, Main Intelligence Directorate (GRU), Russian Security Service (FSB), Russian Ministry of Internal Affairs, Federal Penitentiary Service of Russia (FSIN)). The investigations also often reveal new facts and additional evidence to already documented incidents. 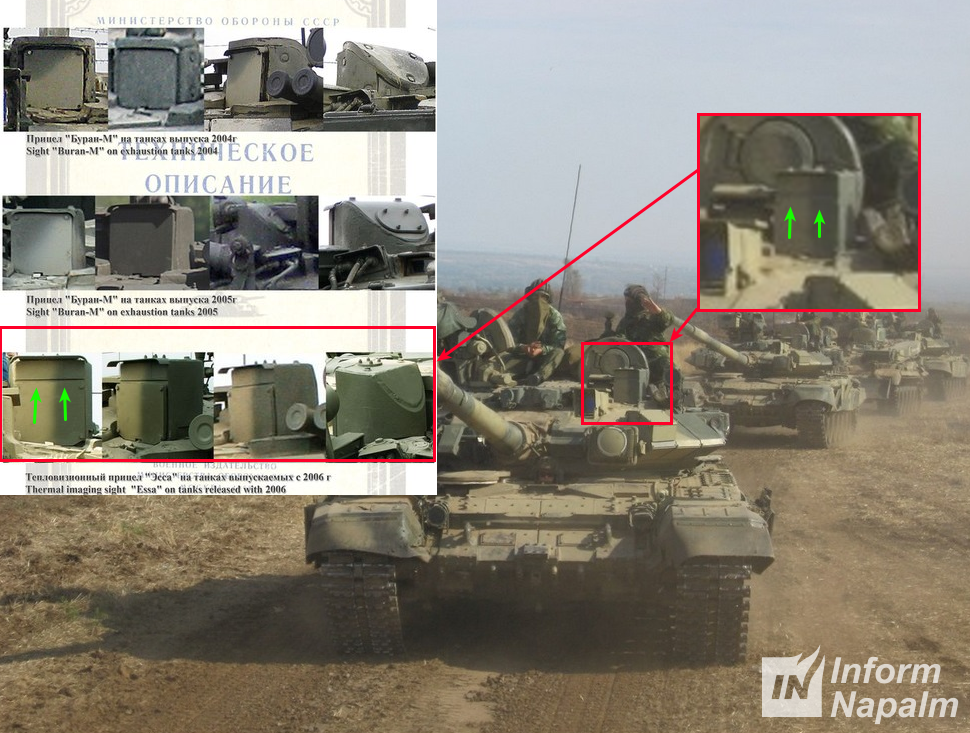 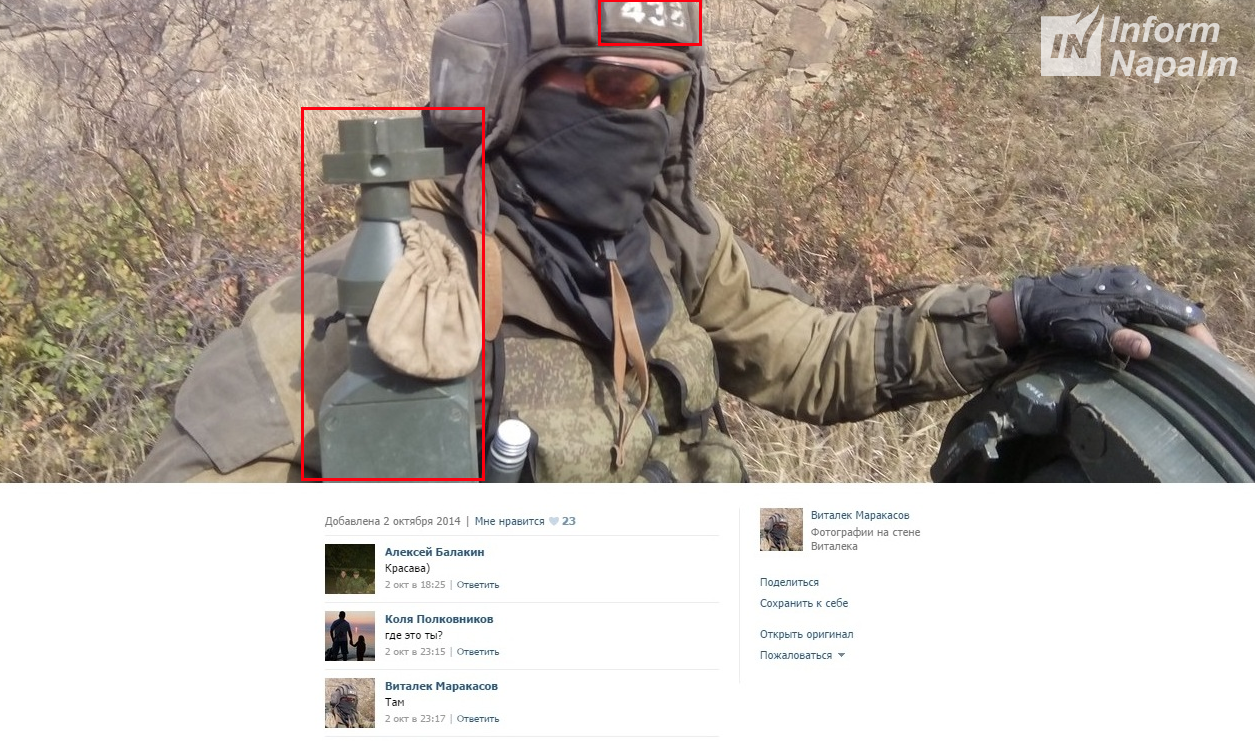 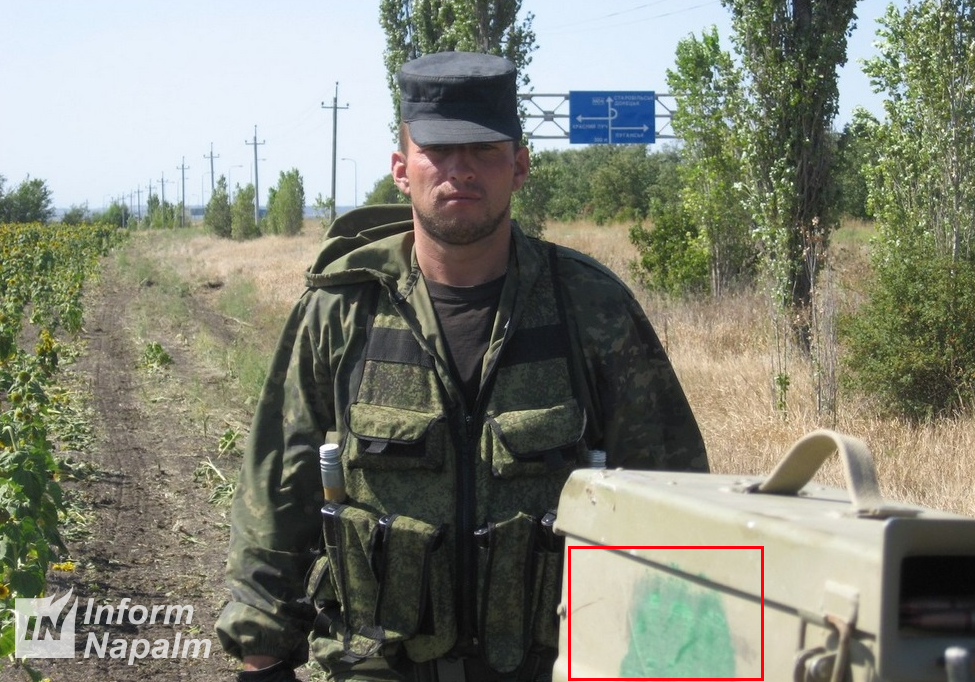 Judging by the armor plating of the night sight, these are T-90A Russian MBTs, 2006 model (originally “object 188A1”) with the second-generation ESSA thermal imager. The MBTs are painted in three-color camouflage, with clearly visible wind sensor. One of the photos features NSVT anti-aircraft machine gun box with side No of the tank covered by light-green paint. Also on one of the photos, Marakasov is posing in a combat vehicle crewman communications helmet with the number 438 (the eighth MBT of the third tank company). Now let us watch the report of Zvezda TV channel, dedicated to the equipment upgrading of the 136th Motorized Rifle Brigade and read the note of a Russian military blogger. 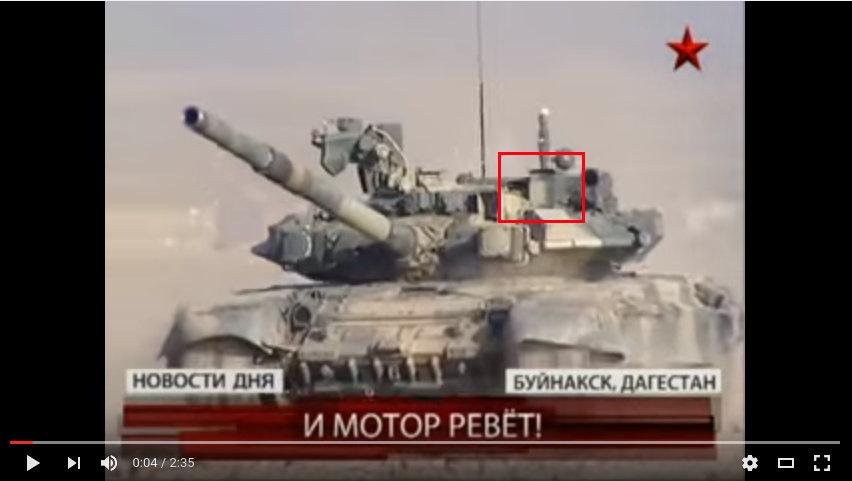 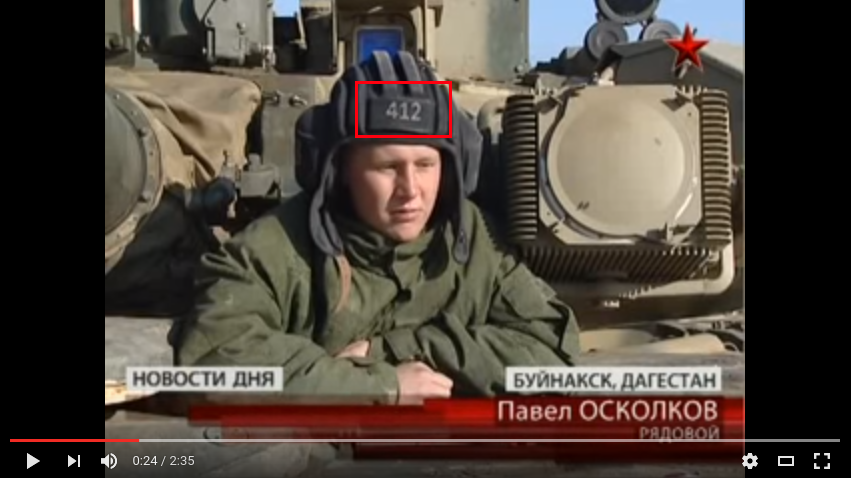 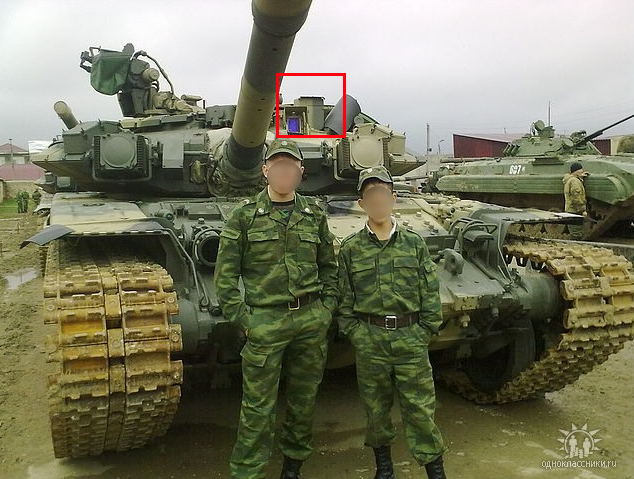 We see the same T-90As in the three-color camouflage. One of the tank crew is wearing the helmet with the number 412 (the second MBT of the first tank company). Thus, matching MBT modification, camouflage pattern, and the first digit of the three-digit side No allow us to establish, that the equipment we identified near Luhansk, belongs to the 136th Motorized Rifle Brigade of the Russian Army.

The social network account of Luhansk People’s Republic (LPR) terrorist Sergey Strutinskiy (date of birth: April 01, 1983, state register of natural persons code: 3040606016) contains a photo, where he is posing on the background of a Russian T-90A MBT. It bears noting the box with machine gun belt box, namely the position, color and shape of the spot on it. 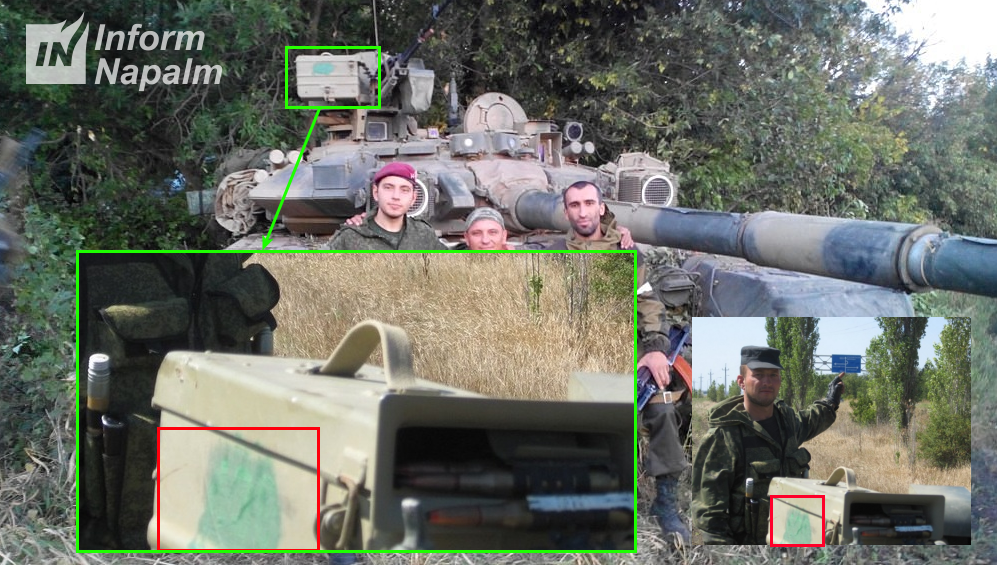 It is evident, the photos of Strutinskiy and the photos of the tank crew member from the 136th Motorized Rifle Brigade Marakasov show the same MBT. There is only one question: is he lost, on vacation or retired?