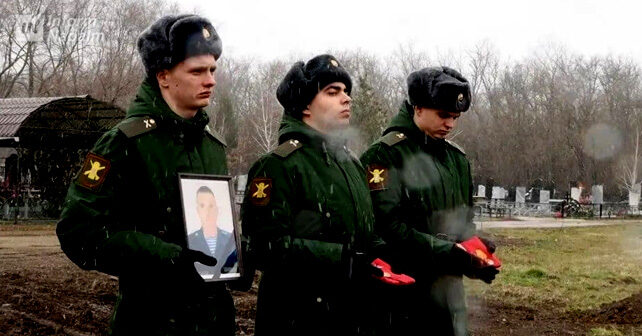 Situation Report from InformNapalm on the Southern Military District of the Russian Federation, dated March 14, 2022.

This report describes the situation in the military formations and units of the Southern Military District of the Russian Federation, it is based on the data obtained by InformNapalm from several reliable sources.

Mobilization of additional forces and assets

Due to the heavy losses of the Russian manpower and assets in the hostilities in Ukraine, the Russian military command began to hastily mobilize personnel and military hardware from Russian military bases. In particular, the transfer of heavy equipment is noted from the occupied regions of Georgia – Tskhinvali (4th occupation military base) and Abkhazia (7th occupation military base). At the moment, approximately one infantry battalion remains at the indicated military bases, mainly staffed by conscripts, since tactical groups consisting of contract soldiers, even before the start of the Russian invasion of Ukraine, had been transferred to the Rostov Oblast and occupied Crimea.

In addition, the units of the Russian 102nd Military Base stationed in Armenia, which perform a “peacekeeping” function in Nagorno-Karabakh, have been completely withdrawn from the conflict zone, to the point of deployment in Gyumri and are made ready for transfer to Russia. Only one battalion tactical group (BTG) remained in place, located in the field camps of Sisian and Goris bordering Karabakh.

Losses of the Russian Armed Forces

During the hostilities in Ukraine, formations of the 58th, 8th and 49th armies of the Southern Military District suffered heavy losses. Among them are BTGs from the 102nd Regiment of the 150th Motorized Rifle Division (MRD) (Persianovsky town, Rostov Oblast), the 429th Regiment of the 19th MRD (Vladikavkaz, North Ossetia), the 70th Regiment of the 42nd MRD , 255th Regiment of the 20th MRD (Volgograd). As well as the 205th Motorized Rifle Brigade (MRB) (Budenovsk, Stavropol Krai), the 34th Mountain MRB (Storozhevaya village, Karachay-Cherkessia) and the 136th MRB (Buinaksk, Dagestan). There is also data on losses in the 247th Air Assault Regiment of the 7th Airborne Division (Stavropol), the 810th Marine Brigade and the 126th Coastal Defense Brigade of the Black Sea Fleet (occupied Crimea).  BTGs of these military units operate in the southern and southwestern Donetsk-Mariupol and Kherson-Mykolaiv areas.

The list is not complete, other military formations also incurred losses, including parts of the combat and logistics units of the Russian Southern Military District, which were attached to other units and involved in the invasion within the BTGs of the above formations.

Morale in the formations of the Russian Southern Military District

The moods of the military personnel in the units and formations of the Southern Military District located in their places of permanent deployment are marked with gloom and some degree of defiance. The reason for this is the daily news on the killed fellow soldiers, as well as information leaking directly from their colleagues who are fighting in Ukraine. The morale of the Russian military personnel has been so low that there have been mass contract terminations, as well as desertion of conscripts and attempts by officers and contract soldiers to dodge the deployment to Ukraine in all possible ways (including “due to illness” by bribing the medics).

Part of our operational data is repeatedly confirmed both by open-source information and in social media activity.

Glory to the Armed Forces of Ukraine! Glory to Ukraine!

No Responses to “Situation Report for the Russian Southern Military District”