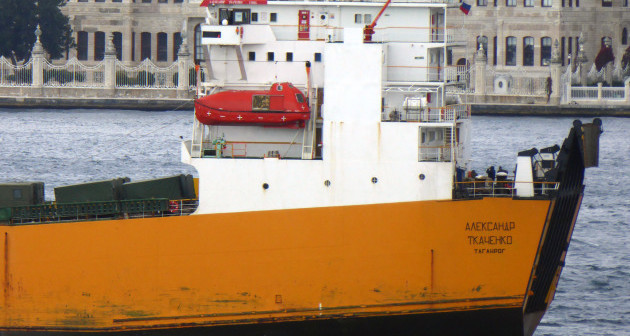 The Turkish photographer Alper Böler has registered deployment of another Russian military cargo to Syria. The pictures published on Turkishnavy.net show how the Russian ‘Aleksandr Tkachenko’ roll-on/roll-off ship passes the Bosporus on October 31, 2015. We can see cargo containers and military equipment on the deck. 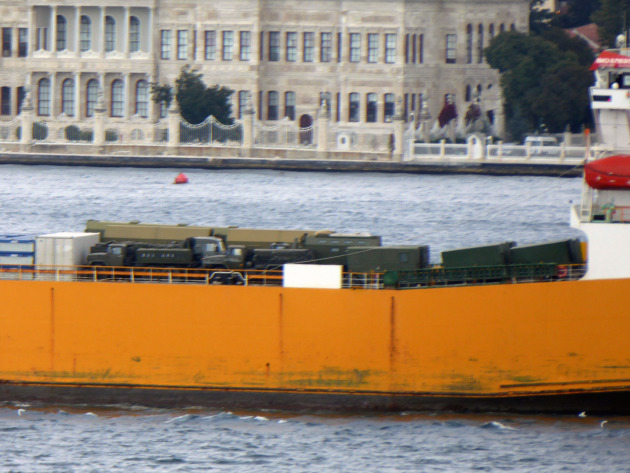 The Syrian Express is a regular expression used in media to refer to regular trips of the Russian landing ships to Syria through the Mediterranean with the purpose to  supply the regime of Bashar al-Assad with weaponry and equipment.

It should be noted that the Syrian government forces have relatively successfully fought with several opponents for 5 years already – the Syrian rebels, moderate Islamists, Kurds and ISIS. The territory controlled by Bashar al-Assad decreases year by year, but the regime manages to maintain grip – primarily thanks to the economic and military aid of the Russian Federation. On September 15, 2015, we conducted a comparative analysis of the growth of the number of trips performed by warships of various Russian fleets to the Syrian port of Tartus in the period from 2013 to September of 2015. The investigation results are reflected in the tables and infographics.