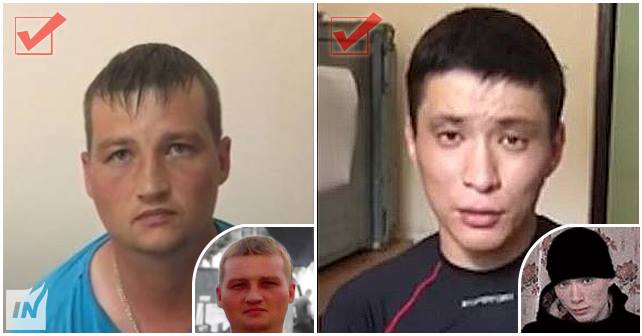 Last week, servicemen of the Ukrainian 56th Brigade detained two unidentified persons near the spit Malaya at the Perekop Bay who arrived on the shore of Kherson Oblast from the occupied Crimean peninsula on a rubber boat. According to the soldier Yuri Yemelianov, the detention was carried out using hand-to-hand combat techniques which is confirmed by a photo of the crumpled faces of the detainees that appeared on the Internet a few days later. The detainees were transferred to the State Border Guard Service of Ukraine which published their photos and preliminary information on June 30. In particular, the head of the State Border Guard Service of Ukraine Viktor Nazarenko on his Facebook page reported some details about detention of the two officers from the Russian Border Service who illegally entered the Ukrainian territory. The Russian Border Service is a branch of the Federal Security Service (FSB). 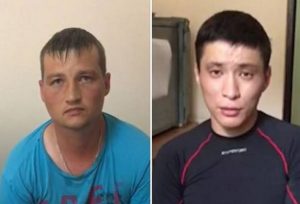 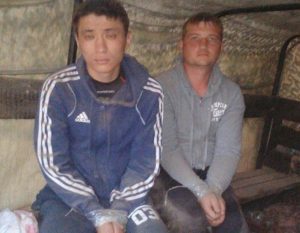 InformNapalm volunteer intelligence community, after a quick investigation, identified one of the detainees the same day. It was Vladimir Kuznetsov, a serviceman of the Russian Border Service from the city of Blagoveshchensk (Amur Oblast, Russia) – see the publication from June 30, 2017 FSB went astray: two border guards from Blagoveshchensk detained in Kherson Oblast. 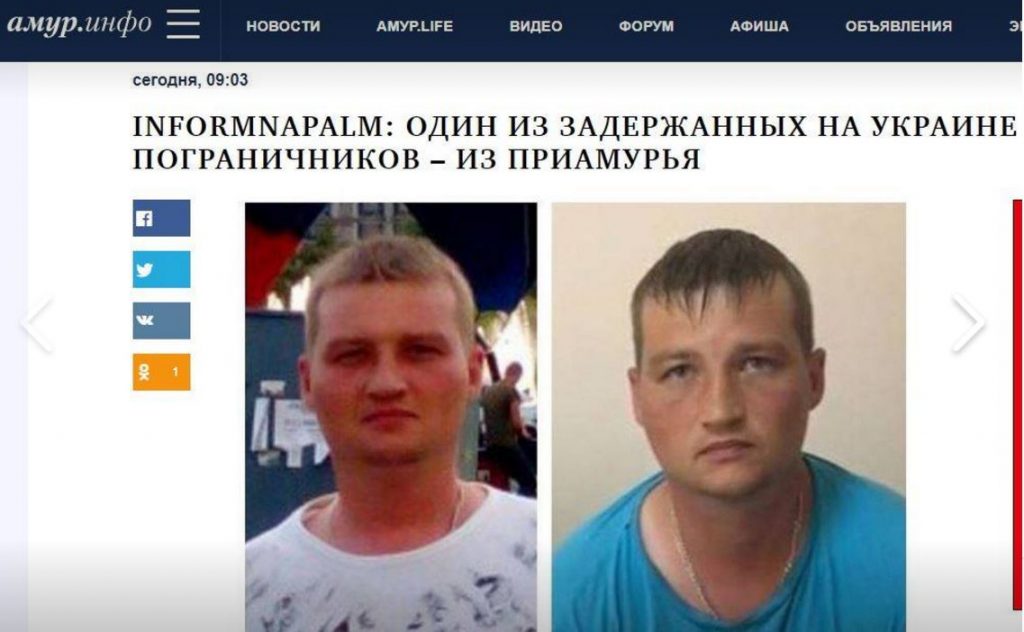 According to some information, one of the detainees is an officer of the Border Service of the FSB, another one is a warrant officer. Kalanchak Court sentenced the both Russian border guards to 15 days of jail time for illegal border crossing.

This news spread around not only Ukrainian media, but Russian as well, including those in Amur Oblast: Amur-Info, Amur-Lenta.Ru and Blagoveshchensk-BezFormata-Ru. Comments and reaction of local readers to this piece of news are quite interesting.

While identifying Vladimir Kuznetsov, attentive InformNapalm readers assisted with establishing identity of the second Russian FSB border guard. His name is Askar Kulub. He is from the town of Morozovsk in Rostov Oblast, Russia; was born 12.25.1989. We have found two Kulub’s accounts on social media websites:  Odnoklassniki (archived account, friends, inactive since 2010, contains one low-quality photo) and VK (archived account, friends, no photos). The similarity of the picture from the found account and the photo of the second detainee is obvious. 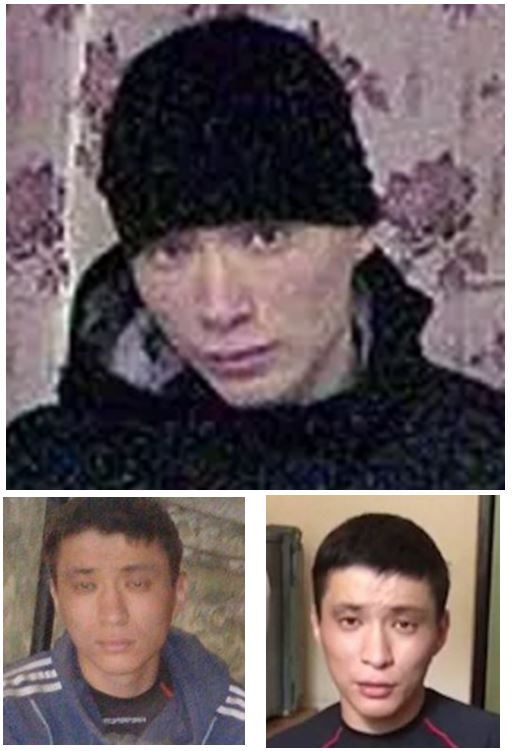 Though Askar’s VK profile has no photos, judging by the age and common friends Almira Utelieva and Alexey Tenyakov, we can say that both accounts belong to the same person.

Note that Askar had long sport career – list of his friends and Internet pages that he liked confirm that. Askar was a member of the Grassie Barra team from Yevpatoria and took part in the Sevastopol (in occupied Crimea) Open Grappling Championship in January of the last year. Although sport skills and Russian FSB Border Service training did not help Askar Kulub, and he, along with his brother in arms, was easily detained by Ukrainian soldiers.

This publication was prepared by InformNapalm international volunteer community based on its own investigation. Translated by Svitlana Kemblowski.
(Creative Commons — Attribution 4.0 International — CC BY 4.0)
Please repost and share with friends. Follow InformNapalm on
Facebook / Twitter and get up-to-date releases.