Teaching orcs not to sound like orcs: a rare glimpse into Russian Army’s internal communications 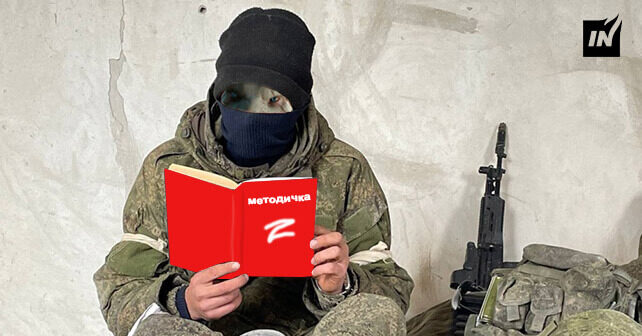 Volunteers of InformNapalm international intelligence community received an interesting document recovered in the village of Velyka Dymerka, Kyiv Oblast. It was found among the papers left behind by the Russian servicemen as they fled the area or were defeated. This is a reference for use by Russian soldiers instructing them about how to communicate with the disgruntled locals who are clearly unhappy about the occupation. The document was apparently written by a morale officer or a politruk, as they are still called in the Russian army. 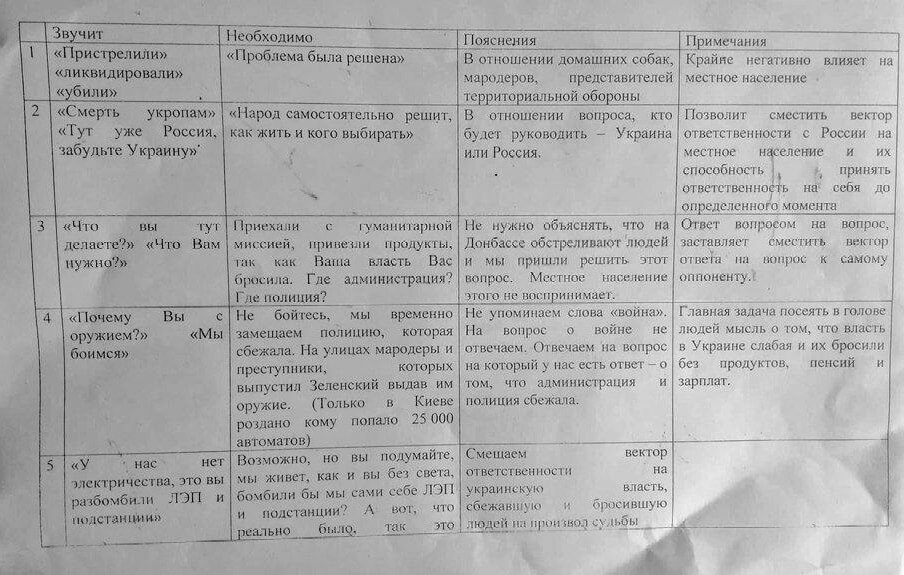 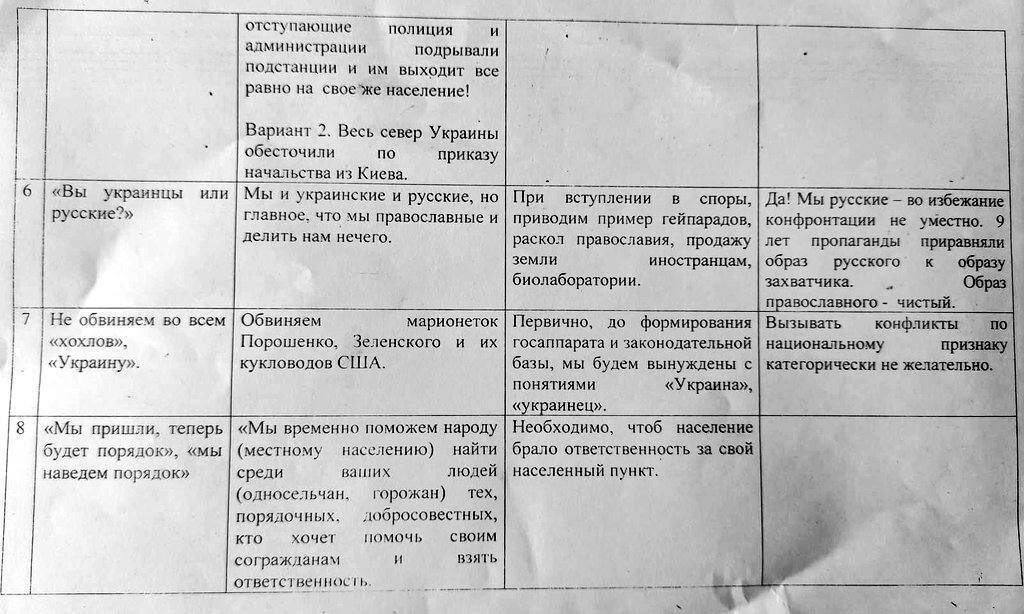 The content of the document shows that the author is a professional who understands the general political line of the Russian leadership on Ukraine, demonstrates good observation ability, has basic knowledge and applied skills in psychology, understands the mood of the soldiers around him as well as the grievances of the Ukrainian locals. In one notable passage, he cautions against using some Russian propaganda mainstays that do not work in that part of Ukraine, e.g., about the “people being shelled in the Donbas”, as locals are not buying any of it.

Our politruk teaches his soldiers the practical use of a number of classical propaganda and disinformation techniques: gaslighting, red herrings, whataboutisms, false accusations, name-calling, appeal to prejudice, etc. Soldiers are directed to use euphemisms about Russia and its actions, shift blame onto Ukrainians authorities, answer questions with a question and also tell outright lies. Let us have a look at some notable examples.

Red herring
This is one of the favorite techniques here. When asked if you “are Ukrainians or Russians?”, you say that you are “Orthodox Christians“, as this “image is not tainted“, unlike the image of the Russians. You also tell them about gay parades, sale of the land to foreigners, biological laboratories, and all other ungodly things you are saving them from. Our politruk generally recommends not answering any questions about the war, and only answering “those questions we have an answer to“.

Gaslighting
Another favorite. Although it is clear that they are an occupation army, the soldiers are advised to answer the questions about why they are there in arms with “we’ve come with a humanitarian mission, we bring food” or “we’re temporarily filling in for the police who have escaped“.

Blame shifting
The food shortage and power blackouts should be blamed on the Ukrainian authorities or the police. All in all, there are several calls to “shift the vector” of responsibility or communication.

Lies and deception
When asked about bombed power substations and power outages, the soldiers should say that local Ukrainian authorities and police blew them up, or as an alternative “the entire north of Ukraine was blacked out by order of the authorities from Kyiv“.

Euphemisms
This is another ploy widely used throughout the document. You do not say “shot dead” “liquidated” “killed“, you say “the problem was taken care of“. And that applies to “dogs, looters, and members of territorial defense“. You also do not use the world “war”. And, of course, you do not say [quote!] “Death to the Ukies” “It’s now Russia here, forget Ukraine“. These last two phrases come from the “How it sounds” column, i.e. describing the actual dominant mood of the politruk’s fellow soldiers. Under the “Notes” to another question he says that “yes, we are Russians!“, but you should avoid asserting it for the time being to avoid confrontation.

Name calling
Our brave politruk also instructs how to do the name calling right. You do not say “Ukies” or “khokols“, this is confrontational. But you can call Poroshenko and Zelensky “puppets” led by the “US puppeteers“. And under the “Explanation” to that question, he concedes that “we will be forced to put up with the concepts of ‘Ukraine’ and ‘Ukrainian’” for a while.

Conclusion
There are many other telling passages in this document. We are publishing its complete translation here. It is a fascinating reading, giving a rare insight into the thinking of the rank-and-file Russian soldiers and their command, without any diplomatic glossing or political spin.

It is impossible to establish the actual Russian military unit which produced this document, as this area saw many of them. And it does not really matter. The document would apply to any of the occupation units that entered Ukraine on February 24. All in all, the text makes the impression of somebody trying to teach orcs not to sound like orcs. But we should make no mistake – this orkish army came to Velyka Dymerka to eliminate everything Ukrainian and turn The Shire into Mordor.

Little did they know…

This publication was prepared by Artem Velichko, editor of InformNapalm English.

No Responses to “Teaching orcs not to sound like orcs: a rare glimpse into Russian Army’s internal communications”