A Terrorist Group Was Detained in the Donetsk Region

On August 10, 2014 a special group of the Security Service of Ukraine together with the 11th Territorial Defense Battalion detained a terrorist group consisting of five citizens of Ukraine.

The terrorist group is a part of the illegal paramilitary forces under the command of a representative of the “LPR” terrorist organization, V.M.Petrov – a citizen of the Russian Federation, a Major-General of Kuban Cossack Association, call sign “Batya” (“Dad”).

The members of the group terrorized civilians in Debaltseve, Donetsk region. Their tasks were to determine the positions of the Armed Forces of Ukraine and to learn routes of movement of Ukrainian military equipment and personnel.

The criminals were detained during the preparation to commit sabotage in one of the objects of the Ukrainian army deployed at the front line. Weapons and ammunition were seized from the terrorists, including a handheld anti-tank grenade launcher and shots, Kalashnikov assault rifles, small arms ammunition and F-1 and RGD grenades.

During interrogation the detainees confirmed they belonged to a illegal armed groups and had participated in armed confrontations against the ATO forces. They also supplied important information as to the deployment of “LPR” terrorist units, the amount of manpower and armaments. 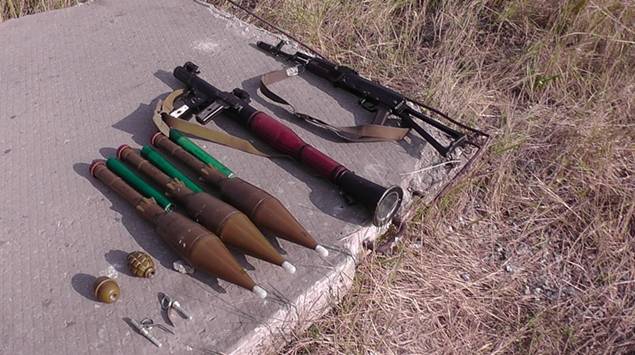 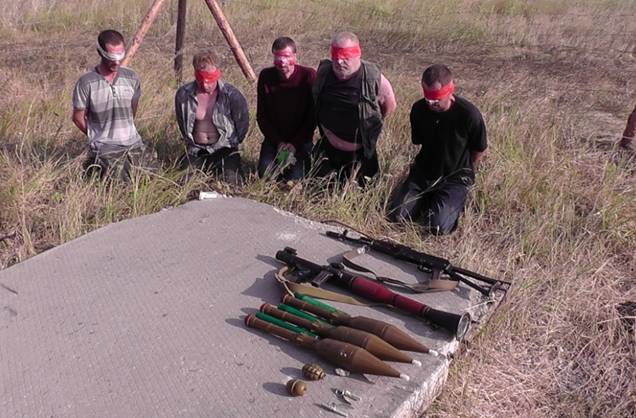