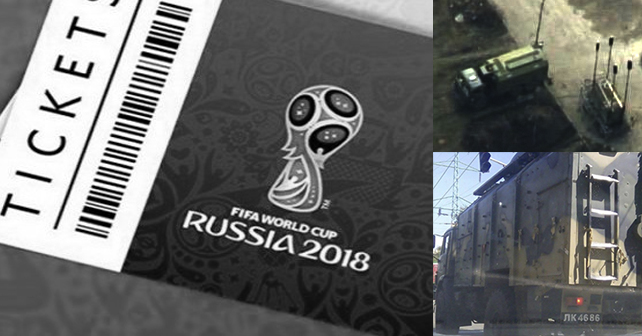 The Russian army is actively involved in organizing the 2018 FIFA World Cup. The Russian Defense Ministry, according to the directive signed by the Chief of the General Staff of the Russian Armed Forces Army General Valery Gerasimov, has already formed special mobile groups which include the systems of electronic warfare RB-636AM2 Svet-KU and R-330Zh Zhitel. This was reported by RBC Russian news agency. 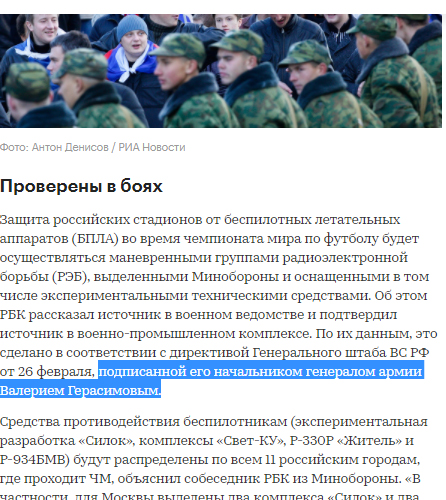 It is worth noting that the development of the “hybrid war” doctrine is attributed to Valery Gerasimov. In this context, it is interesting that the same systems that have been repeatedly recorded in parts of Luhansk and Donetsk Oblasts of Ukraine occupied by Russia and used by Russian military units and terrorists groups will be deployed to protect the guests of the World Cup from the drones that can be used by potential terrorists.

Read more about investigations of InformNapalm international intelligence community pertaining to  the R-330Zh Zhitel and RB-636AM2 Svet-KU systems in the database of Russian military equipment spotted in the Donbas.

Sharing and reprinting, citing a source is welcome!