The video of a TOW missile system launch, which presumably led to Russian officer’s death in Syria. 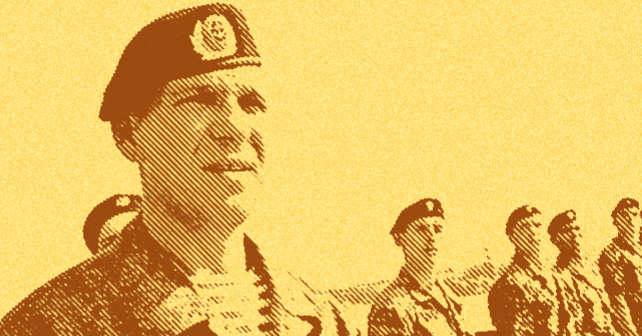 In the course of media monitoring, InformNapalm volunteers have identified the video of a TOW missile launch, which presumably led to a Russian officer’s death in Syria. The video was published on April, 18, 2017 by the Syrian rebels of the Central Division of the Free Syrian Army. The video was taken north-west of Khattab in Hama province. Here are the geotagging and precise grids of the water tower from the video: 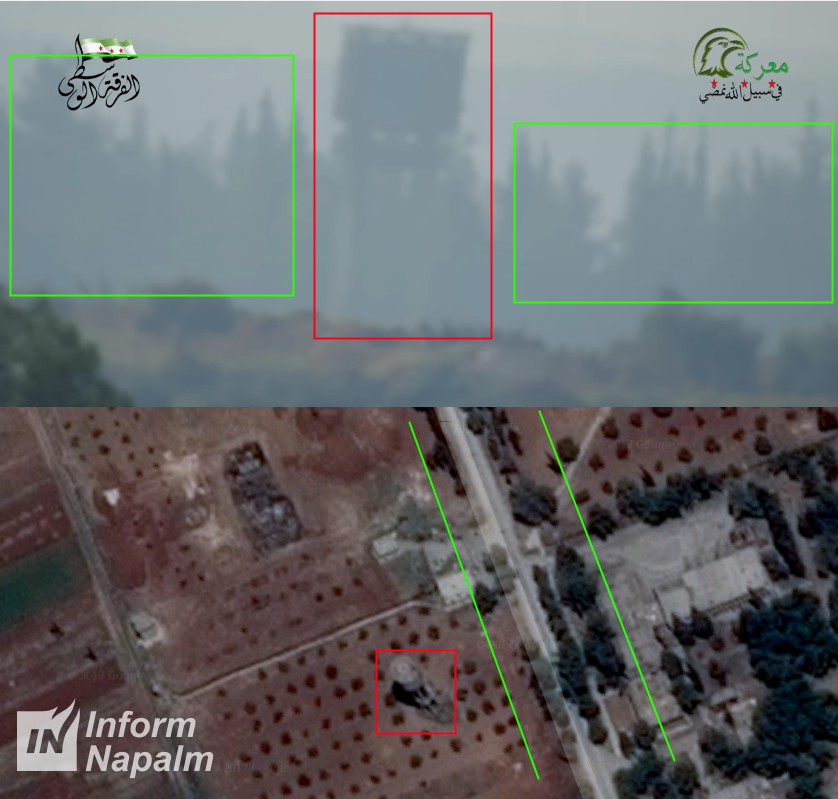 It is worth mentioning that on April, 18, 2017 two Russian servicemen died in Syria: Major Sergey Bordov of the 810th Separate Marines Brigade (the 810th SMB) and an unnamed officer from Orenburg.

Here is the quotation from an RBC article:

“The Russian Major Sergey Bordov has died in Syria in the blast of an American TOW missile” – the officer’s widow Vitalina Bordova said to RBC referencing her husband’s comrades.

‘Two Syrians and one Russian officer, possibly from Orenburg, died with him,’ the widow said. The Ministry of Defense press service has not replied to the RBC request for comments about the second officer’s death in Syria.

That was the second tour for the officer, his widow said. The first time Bordov went there on September, 29, 2015 for 2.5 months. ‘That time he went with his amphibious reconnaissance company, which he commanded. This time he went as an adviser,” Bordova said.

According to her story, her husband was recommended for a decoration with the Order of Courage three times: two times for Chechnya and once for Crimea. ‘He was also promoted to the rank of major for “Crimean Spring”, the Minister of Defense recognized him for his earlier accomplishments, since my husband spent his lifetime serving in reconnaissance. After his death, I was informed at the brigade that he would be recommended for a decoration, but nobody knows which one exactly. No one from the government mentioned any assistance. We are supposed to get some compensation, but after his long years of service he didn’t even save enough money to buy an apartment,’ his widow said. In her words, her husband had served in marine infantry for over 20 years.”

As Denis Fedin (one of Bordov’s comrades) said earlier, on the 18th of April Russian servicemen were fired upon, two contract servicemen died on the spot, Bordov was badly wounded. He said medics fought for Bordov’s life for two days.

The video identification is based on the following:

No Responses to “The video of a TOW missile system launch, which presumably led to Russian officer’s death in Syria.”